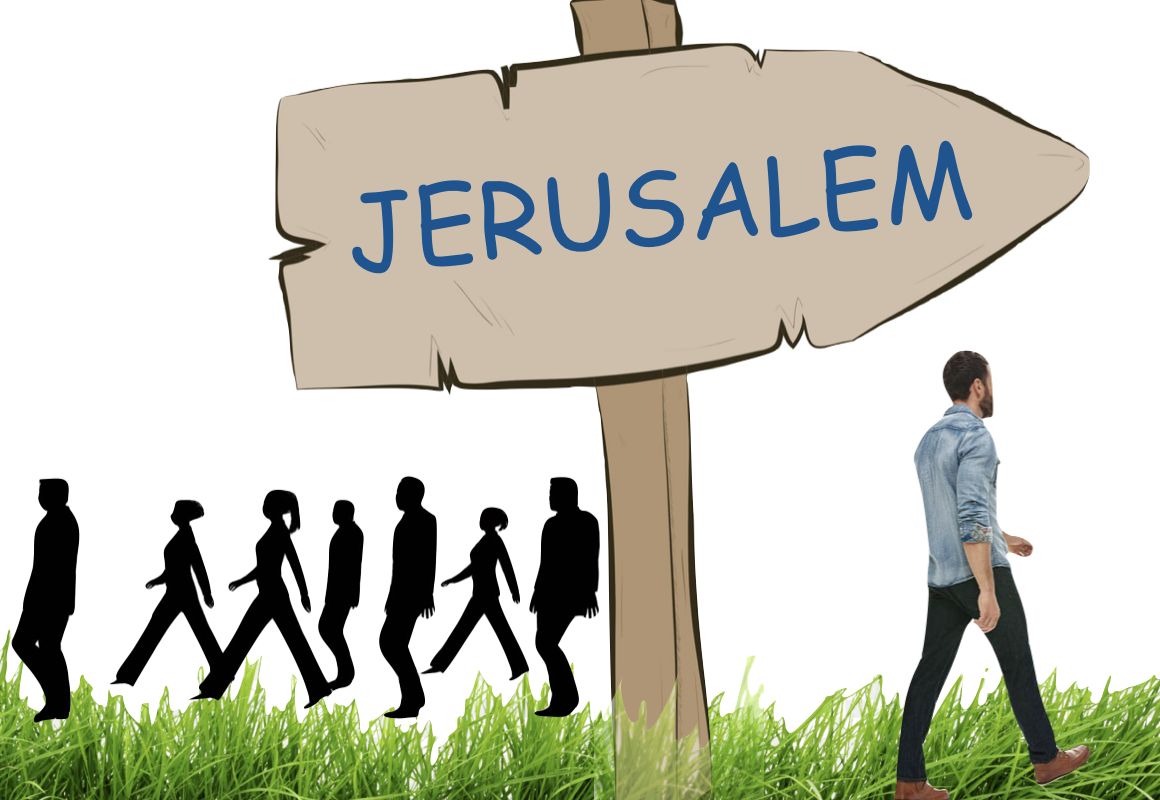 Last night at the Vigil Mass the priest used the line: “no one gets out of life alive.” It is a sobering thought and a fact. It’s the kind of fearsome one-liner that fire and brimstone sermons once relished but thanks be to God last night the priest was much more gentle and effective.

Next Sunday is Palm Sunday and the events of the suffering, passion and death of Jesus are recalled in the following week. In these days the gospel readings tell of Jesus walking the road to Jerusalem.

In resolutely taking the road to Jerusalem Jesus knew he was heading for a painful death. As for Jesus, for us to take the Jerusalem road is not an itinerary detail but an awareness that all life is a path to death, and a life lived abundantly (as the life of Jesus) will touch the reality of suffering and death daily.

It is natural and right that we humans resist death, that we “rage, rage against the dying of the light“.  It is important to remember that Jesus prayed “let this cup pass from me” when his crucifixion was immanent. No healthy person wants to die.

However fear of death can become an unhealthy preoccupation and even a debilitating fixation as we wrestle with life and death issues for ourselves and those we love. It is helpful to recall that Pope Francis has lived a long life after having a significant part of one lung removed as a 21 year old and Stephen Hawking outlived his terminal diagnosis by more than half a century. I often bury elderly parishioners who were thought to be near death as young people.

A section of today’s gospel reading is frequently chosen for funerals:

“The hour has come for the Son of Man to be glorified.
Amen, amen, I say to you,
unless a grain of wheat falls to the ground and dies,
it remains just a grain of wheat;
but if it dies, it produces much fruit.”

When this scripture is read at a funeral I often give a brief homily on the visibility of life and death in the seasons. Autumn looks like dying and winter looks like death, but spring is a season of new birth and summer brings abundant harvest.

But even at a funeral we try to avoid death, the very reality that brings us together in grief. One example: I notice that funeral directors often provide pre-washed sand for mourners to place in the grave – it doesn’t dirty the hands, but not much grows in sand.

A growing number of people now bring soil from the garden or the farm of the one who has died to use as the first covering of the coffin in the grave. This soil is dark and dirty and it is rich in the life-giving elements and nutrients of the earth. When the body or the ashes of the one who has died are placed in the grave, those who grieve use this rich earth as a sign that the one we love is now being invited to begin a new and eternal life. This soil is a powerful sign of hope and life.

Many people go on to fill the entire grave using shovels. These minutes are a powerful facing of the reality of death and a preparing of the grave for the growth that comes with resurrection as the covered seed of the gospel is prepared for birth by being placed in the ground.

These final two weeks of Lent are not so much the nostalgic recalling of the suffering and death of Jesus 2000 years ago, but our 2018 embracing of all that is involved in abundant human living. This includes our suffering and our death, that we might follow Jesus to the fulness of eternal life.

Take a moment to call to mind anything in your life today that hints at death, any suffering, uncertainty, unresolved tensions in relationships, fear and worry about those you love etc.

Now remember that you have chosen to follow Jesus because you know he leads you not just to the cross, but through the cross to resurrection and new life.

Remember the last words of the Angelus prayer: that we “may by His passion and Cross be brought to the glory of His Resurrection, Through the same Christ our Lord. Amen.”

2 Responses to "the rich earth"