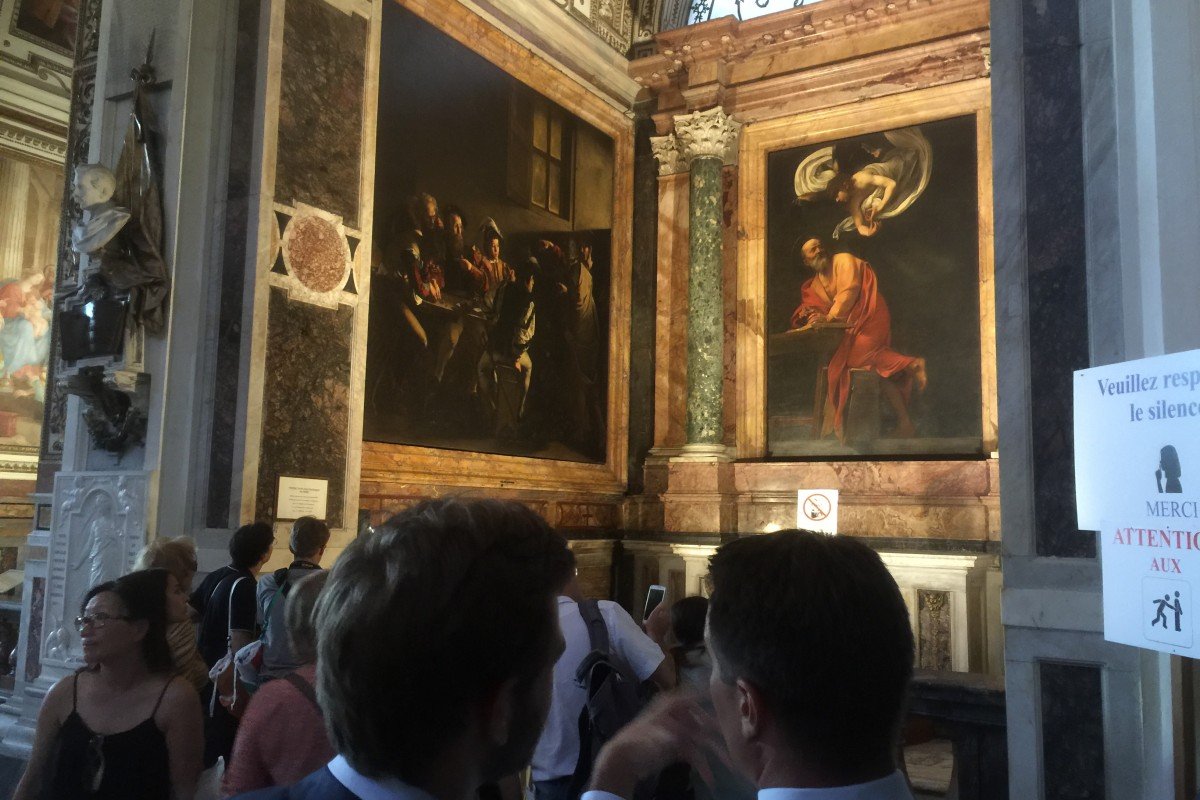 It’s the feast day of St. Matthew today.  Caravaggio‘s Calling of Matthew and Pope Francis’ frequent comments about the painting provide a great inspiration and Francis has called this painting one of his favourite works of art. It can be seen at the Church of San Luigi dei Francesi in Rome.

While crowds flock to see the painting, the chapel and especially the area around this great work of art is a place of prayer. People are captivated by the work, and it is difficult to remain a spectator when in the presence of the painting which demands a participation. The viewer quickly becomes the one called in the heart of the action.

Speaking about the encounter brings to mind “The calling of St Matthew”, the Caravaggio in the Church of St Louis of the French, which I used to spend much time in front of every time I came to Rome. None of them who were there, including Matthew, greedy for money, could believe the message in that finger pointing at him, the message in those eyes that looked at him with mercy and chose him for the sequela. He felt this astonishment of the encounter. The encounter with Christ who comes and invites us is like this.

Pope Francis has also recalled a key moment in his own relationship with Christ: 21 September (Feast of Matthew) in 1953 when as a young man of 17 he experienced the mercy and the call of Christ in the Sacrament of Reconciliation. Forty years later when Jorge Bergoglio was ordained bishop he chose as his episcopal motto a phrase from the Office of Readings for today’s feast, a reading from St Bede the Venerable: “to be shown mercy and chosen.” 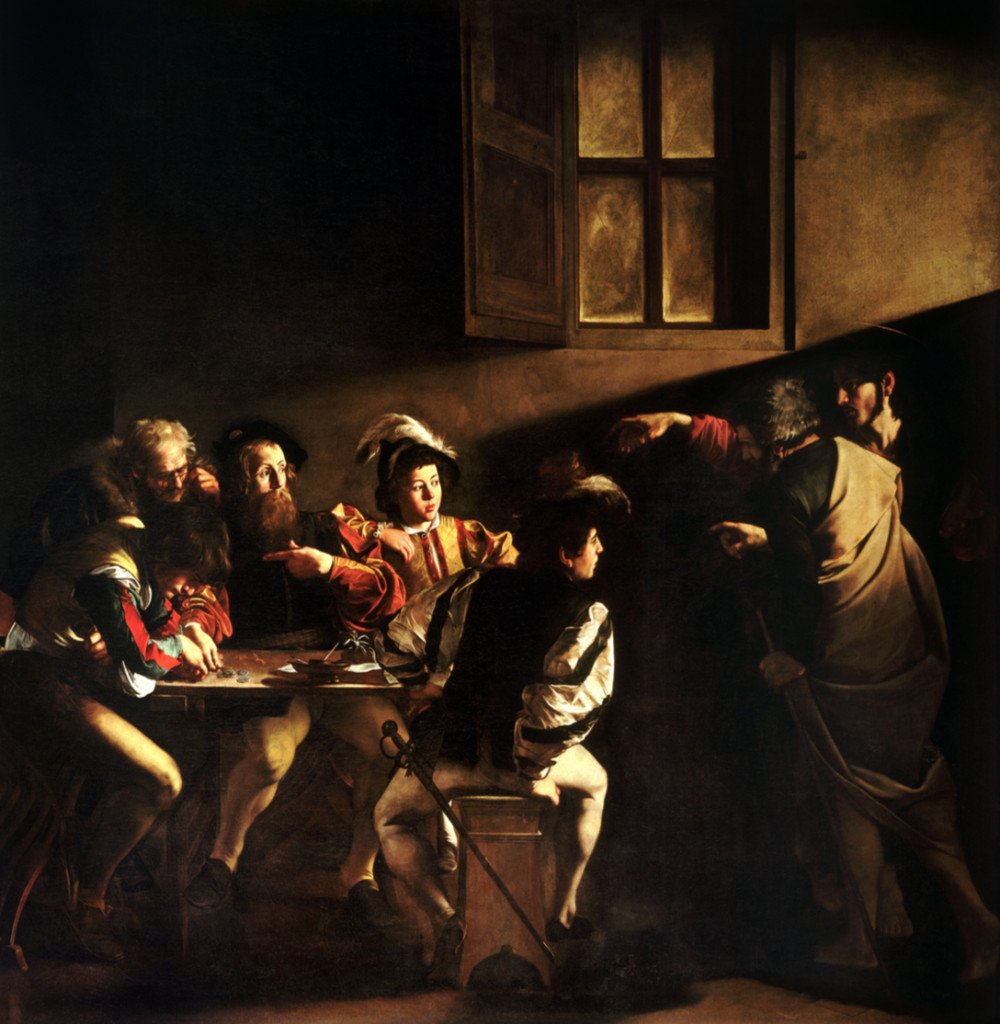 Some of the reflections on the painting along the walls of the chapel: 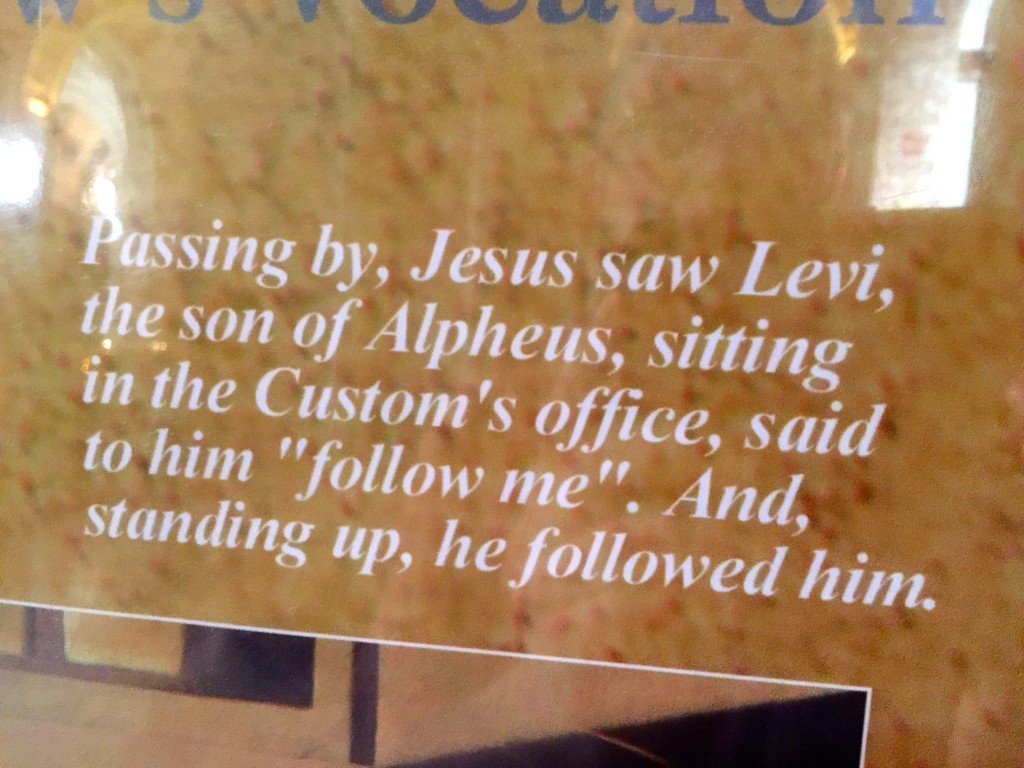 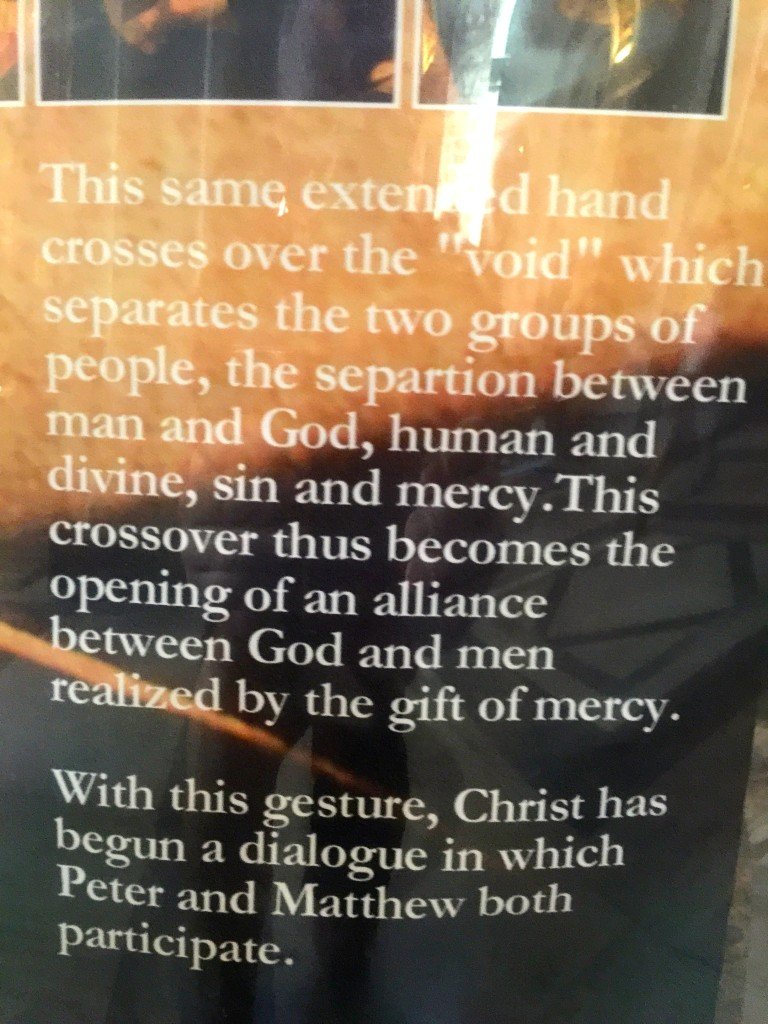 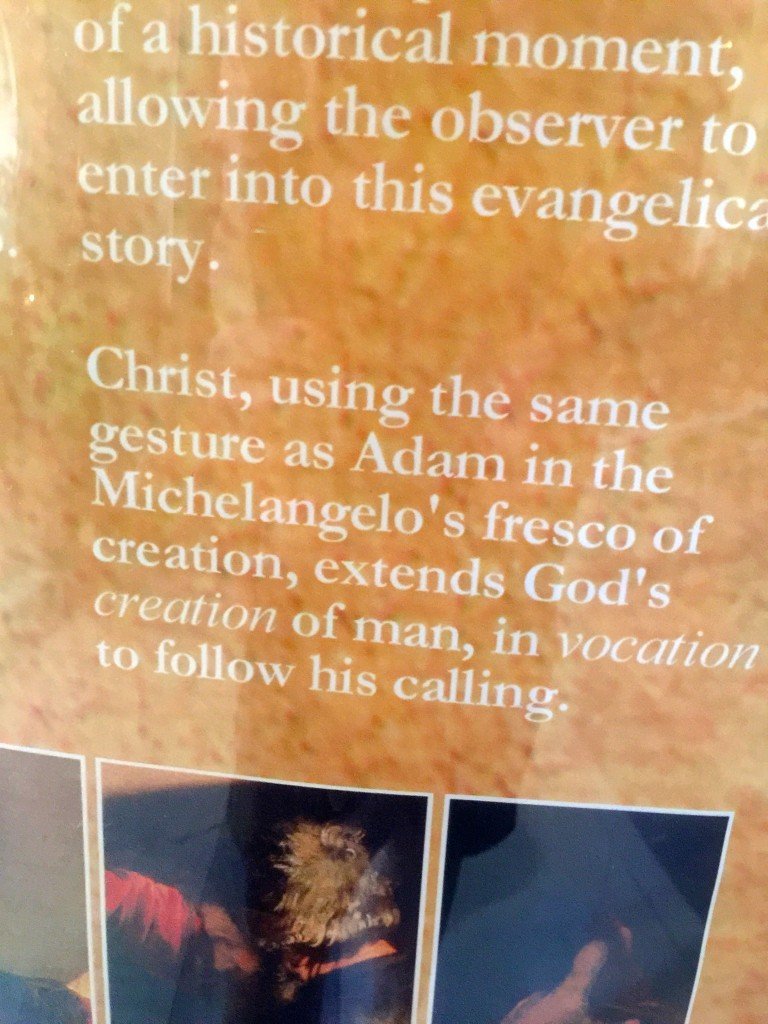 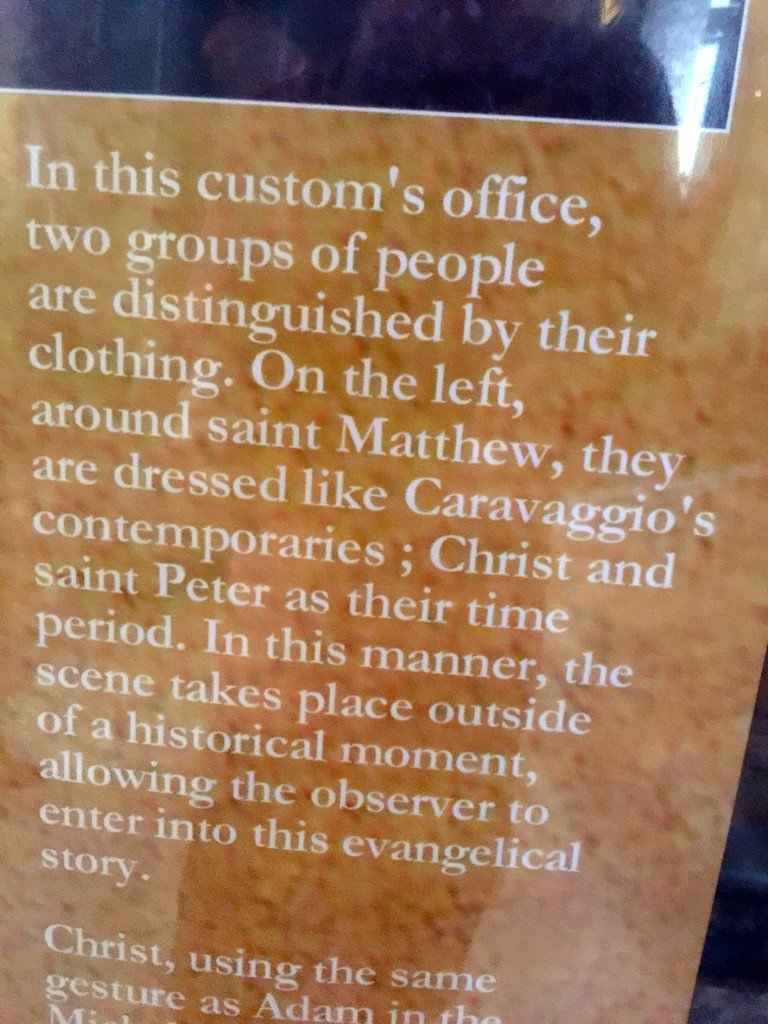