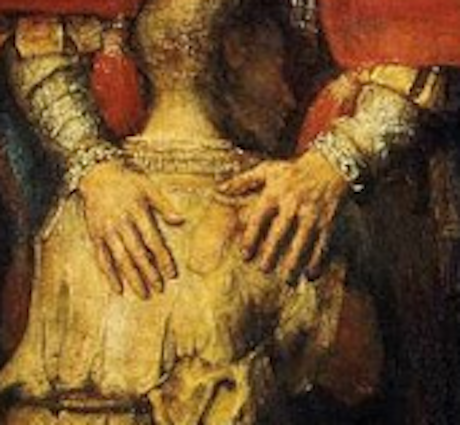 It’s one of my favourite feasts today, that of Peter and Paul.

The message for me every year in this feast is one of the extraordinary love of Jesus for sinners.

Peter and Paul each did things that are considered objectively bad (to say the least).

Paul (as Saul before his conversion) was an active persecutor and murderer of Christians. He was passionate and explicit in his zealous project of destroying Christianity.

Peter had lived as a disciple of Jesus for three years. Their friendship was real and strong. Yet at the moment when Jesus most needed someone to stand alongside him, Peter three-times denied even knowing his friend. It was this denial that led directly to the crucifixion of Jesus.

Think of these failures alongside the weakness of Adam and Eve who grasped at power? Surely Adam and Eve are more qualified to be celebrated saints than the great sinners Peter and Paul?

This question brings us to the heart of the matter. The key is not the gravity of a sin itself, however serious, but what happens next. How do we deal with the shame or guilt we feel when we wake up to the fact that our sin is a rejection of the God who has given us life, and whose love in every moment holds us in tender embrace?

The image we have of Adam and Eve is that after their sin, their shame caused them to hide from God.  Whereas both Peter and Paul fell to their knees before Jesus, acknowledging their sin and seeking Jesus’ mercy discovering in this humble confession that their God was eager to embrace them with overwhelming and mercy-full love.

Surely the real mortality in our sin is not any particular action or omission itself, but what we do after we realise our sin. Maybe we deny that our sin is actually sin? We might hide in shame? Do we consider ourselves to be helpless failures? Perhaps we put all our energy into a self-centred and disciplined project to overcome the sin? Each of these responses, however well-intentioned, will lead us to despair since they are all focussed on us and our sin. This is the contageous reality of the original and lasting sin of Adam and Eve.

Peter and Paul show us another way. Of course we want to run and hide when shame and fear envelop us, but to whom can we run? It is the wise sinner who realises that divine love is not a reward for perfection, but an abundant and gratuitous balm for aching souls.

Spare a thought and a prayer and a moment of gratitude today for Pope Emeritus Benedict who today celebrates 70 years since his ordination as a priest on 29 June 1951.  He has taught me a lot about being a priest. One of his greatest lessons to me was when a few years ago he said: “It is very important for a priest, in the parish itself, to see how people trust in him and to experience, in addition to their trust, also their generosity in pardoning his weaknesses”.

And so today I’m going to again take time on my knees, and, following the example of Paul and Peter seek the mercy of God, knowing that my acknowledged sin can in my honest and humble confession become my capacity for the merciful and live-restoring love of Jesus. 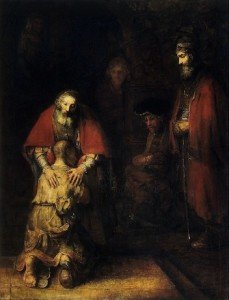