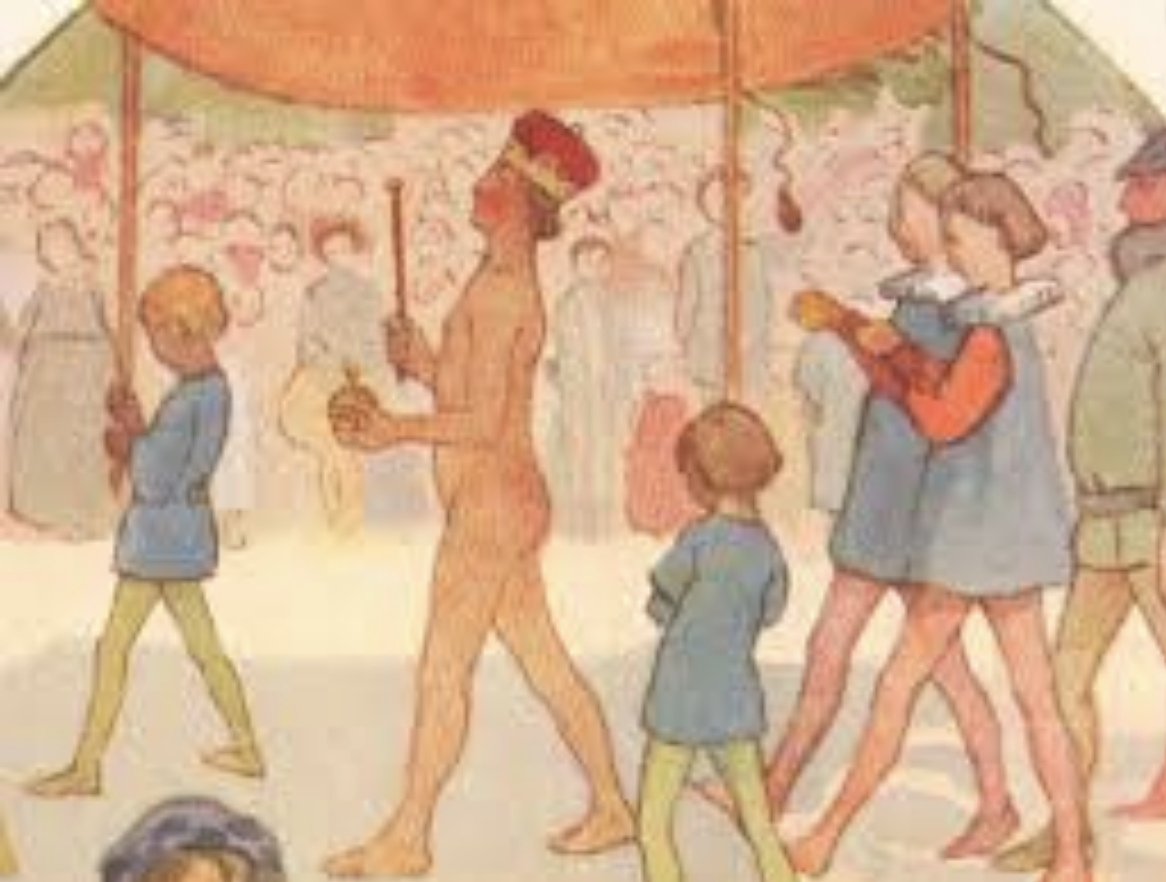 I’m not sure if children today are told the old tale of the Emperor’s new clothes, but if not let’s make sure that we teach the parable in all schools of higher learning.

We stand no show of living with integrity without understanding that when fear and pride cause us to hide in the crowd we have sold our souls.

Our silence in the face of wrong can lead to tragedy in our families, among friends, in our communities and in our world.

On one level the Emperor’s tale is a story of two tailors who offer the emperor a fine new suit of clothes with a unique quality. It will be visible only to the most intelligent, giving the ruler a way of determining which of his subjects is wise and which is foolish.

Of course all who saw the emperor in his new suit saw him naked, but would not admit this instead praising the skill of the tailors in producing such a fine outfit.

They doubted themselves, knowing they could not see the tailored suit but presuming it must be there because the authority had told them so. They certainly weren’t going to speak the truth and risk ridicule.

Finally it was a young boy who spoke honestly and called out: “the emperor has no clothes.”

At this point everyone realised that the boy spoke the truth, and felt foolish for not speaking up themselves.

In today’s great Old Testament account of the lecherous voyeurs it is the boy Daniel who is brave enough to call out injustice and saves the life of the wrongly accused Susannah.

The adults are silent and side with the crowd of accusers.

The integrity and courage of the boy spotlights the immaturity and cowardice of those in leadership.

There is an adage that all that is required for evil to prosper is that good people do and say nothing.

I’m inspired by the turning point in the Daniel story:

“The Lord heard her cry and, as she was being led away to die, he roused the holy spirit residing in a young boy named Daniel …”

I like that phrase: the spirit residing. The spirit already residing in Daniel. But Daniel was able to respond to the residing spirit and take action.

I’m challenged by this. God roused the spirit that was already residing in Daniel, but Daniel had the maturity, integrity and courage to stand up and to speak out.

Lord, when the truth needs to be spoken aloud, give me the maturity, the integrity, and the courage of Daniel.