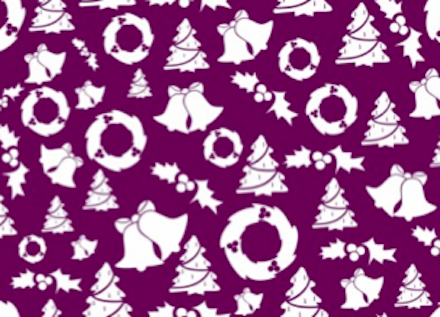 A couple of weeks ago the Christchurch Star newspapers called me asking for a Christmas piece. In the last few days, in their selection of local “Star” papers, they have published my contribution:

On the street in Cheviot last week, a parishioner from another local church congregation came up to me and commented: “isn’t Pope Francis great!” I agreed with her of course, and was curious to know which bit of Pope Francis she thought was especially “great”. I asked, and she laughed replying “all of him.”

It is now nine months since the surprise election of Francis, the first non-European pope in centuries, and the first from our own southern hemisphere. Within hours of his election the world had the sense that Pope Francis was a man who was not afraid to break with little and unimportant traditions, (note the small ‘t’), while emphasising those Traditions (note the capital) that are essential for the one who seeks to grow in relationship with God.

Some of the small-t-traditions include the colour of the papal shoes, and where a pope chooses to live. While tradition-breaking images filled the media in those first days, these things, along with many church structures and styles, have changed dozens of times over the centuries. But the big-T-Traditions have remained unchanged, and Pope Francis continues with the same emphases as Pope Benedict and many other pope before him.

The heart of this big-T list is the fact that two thousand years ago God became human in Jesus Christ who lived, suffered, died and was raised from death. This has been the consistent core of papal teaching across the centuries.

It was Saint Francis of Assisi (from whom Pope Francis takes his name) who, as tradition holds, in the twelfth century created the first nativity scene with animals and shepherds adoring a new born baby Jesus with parents Mary and Joseph. Today many of our families, communities and schools continue this tradition draping children in towels to look like first-century shepherds for the school nativity play, or placing a small “crib” scene at the foot of the family Christmas tree.

Pope Francis has repeatedly warned us against reducing the Christmas event to an annual recalling of an historical event. Last month he published an exhortation that can rightly be described as his mission statement. It is a substantial and inspiring document in which he gives nuance, clarity and depth to many of the sound-bytes that have reached our New Zealand news in the past nine months.

In this document, Pope Francis warns us again against the danger of reducing the Christ event:“I never tire of repeating those words of Pope Benedict XVI which take us to the very heart of the Gospel: “Being a Christian is not the result of an ethical choice or a lofty idea, but the encounter with an event, a person, which gives life a new horizon and a decisive direction” (“The Joy of the Gospel” 24 November 2013, par.7).

From the first hours of his pontificate Pope Francis has reinforced the Christmas message: Jesus Christ, born in a Bethlehem stable, is today alive and present in the world. Jesus Christ, who two thousand years ago was born, toiled, suffered and died, has transformed every deathly moment, so transforming every moment of earthly human existence into divine life.

Pope Francis has, like his predecessors, proclaimed the beauty of all human life: “It is not “progressive” to try to resolve problems by eliminating a human life”. (The Joy of the Gospel, 214) In our current cultural climate of progressive modernism we prefer to forget that the Christmas story includes King Herod who sought to kill children under two years of age because he suspected they would upset his plan for his kingdom.

It was the wisdom of wise travellers that ensured the safety and survival of this child who today we acknowledge as the one who brought life to all people of goodwill.

It is this present reality that we celebrate when we remember the heart of Christmas.