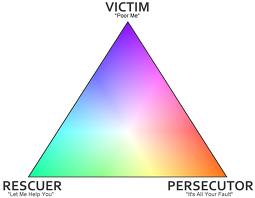 Last Saturday I led a reflection day for our parish of the Good Shepherd, Hurunui . There are few things that are as helpful for a community as the opportunity to retreat together. Of course not all parishioners take part, only a relatively small number, but numbers are not important since there is nothing more positively contageous than one person seeking to live the life of Christ fully.

As I prepared for the day I was thinking about Pope Francis’ Exhortation last week entitled “the Joy of the Gospel.” If you have followed Pope Francis’ words and actions over the past eight months you won’t find any surprises in his writing. However it is encouraging and helpful after having seen the evidence of this man who seeks to follow Christ in his public papal role, to have this insightful reflection revealing his motivation and mission in a single document.

A number of people have commented that Pope Francis is a man who never seems to be defensive.  While defensiveness is often hailed as a virtue (perhaps when I defend the values or the people I hold dear), it is always motivated by fear which is the opposite of love. A country may maintain a defence force, but only because they fear an enemy attack.

I recall hearing a story years ago about the newspaper delivery boy who every morning would receive verbal abuse from the same man after delivering his newspaper. Every morning the boy would give the same response to this attack: “Have a nice day.”  A neighbour who often noticed this one day took the chance to ask the boy why he responded so kindly to the man’s abuse. The boy’s response: “I’m not going to let him decide how I am going to act.”

WIth all of this in mind I began Saturday’s reflection day. As the day progressed I realised again just how important the example of Pope Francis and the paper boy is for we who seek to live fully. And then I remembered the “Karpman Triangle” as an especially  helpful tool for the one who seeks to live without the imprisonment of defensiveness.

Stephen Karpman is an American psychiatrist who presented his “triangle” to help clarify a central problem that most of us have in our relationships. In the clip below, this ‘drama triangle’ is applied to a work situation. But the same artificial roles of ‘persecutor’ ‘rescuer’ and ‘victim’ are at play in our families, parishes, schools, social networks… (anywhere people are together).I suspect that if Jesus was presenting his Sermon on the Mount today, Stephen Karpman might get a mention.What do you think?