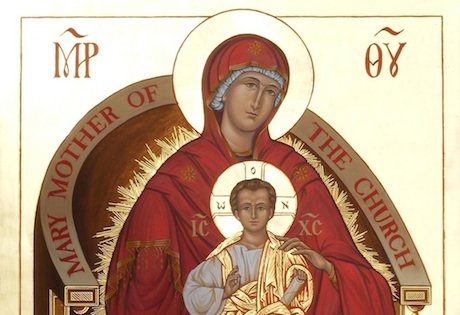 a new year of faith

The Icon received a warm and enthusiastic reception in the schools and parishes of the diocese. There were also many other Year of Faith events in the diocese, most memorably the Faithfest celebrations that marked the local conclusion of the Year of Faith.

The Faithfest day, and all the other Year of Faith events are now in the past. Already (as of today) they are “last year’s” highlights. Time will reveal the lasting effects of the year’s focus on faith that marked the fiftieth anniversary of the opening of the Second Vatican Council.

In calling for a Year of Faith, Pope Benedict reflected:

“It seemed to me that timing the launch of the Year of Faith to coincide with the fiftieth anniversary of the opening of the Second Vatican Council would provide a good opportunity to help people understand that the texts bequeathed by the Council Fathers, in the words of Blessed John Paul II, “have lost nothing of their value or brilliance. They need to be read correctly, to be widely known and taken to heart as important and normative texts of the Magisterium, within the Church’s Tradition … I feel more than ever in duty bound to point to the Council as the great grace bestowed on the Church in the twentieth century: there we find a sure compass by which to take our bearings in the century now beginning.”  Porta Fidei par.5

In earlier blog postings I doubted that Catholics have embraced the Year of Faith as an opportunity to read and rediscover the documents of the Council, and so to appreciate that these texts have lost nothing of their value or brilliance. Yesterday I read the transcription of a Robert Barron talk giving six suggestions about what would make the new evangelization more effective. Here he gives a pretty strong and clear challenge on what I earlier blogged about as a lack of intellectual curiosity in the vast majority of contemporary Catholics:

“Don’t dumb down the message! Look, Vatican II was made possible by the intellectual cream of the church of the mid-20th century – the von Balthasars, the De Lubacs, the Daniélous, Rahners, Ratizingers and Wojtylas. The Vatican documents themselves are at a very high level of intellectual expression. More to it, read Ross Douthat’s book “Bad Religion.” He comments that, in the mid-20th century in the English-speaking world, both Protestant and Catholic, there was a flourishing of intellectual life. Think of Evelyn Waugh, Graham Greene and J.R.R. Tolkien. Think of the Niebuhr brothers, Paul Tillich, Fulton Sheen, Thomas Merton, Dorothy Day – you could go on and on. T.S. Eliot. Look at this extraordinary flourishing of intellectual life. That’s what produced Vatican II – it comes up out of that tradition.

“And here’s why it’s a cri de couer. I came of age right after Vatican II. I went to first grade in 1965 – now look at everyone doing the math:I came of age in the late 60s and 70s. We didn’t get a smart, intellectually-rich Catholicism. We got dumbed-down Catholicism. It was the “banners and balloons” Catholicism of my youth. I know – they were good people trying to reach out to the culture, trying to be accessible, I get it. But I say to you, that was a pastoral disaster of the first order – dumbed-down Catholicism. My generation, the first one that got it, grew up. And when you grow up and life hits you in the face, and a culture that despises religion comes at you — and I’ll talk to kids today as the new atheists come at them — banners and balloons aren’t going to do it. A flattened-out, dumbed-down Catholicism is not going to carry the day. And that’s why a lot of people in my generation left the faith, or why a lot of people in my generation who stayed had very little to pass down to their kids, and all them are tongue-tied and are hand-wringing because they don’t know what to do.

Dumb-downed Catholicism was an intellectual mistake and it was a pastoral disaster. John Henry Newman said that one of the clearest signs that Christianity is developing properly is that it stubbornly thinks about the data of revelation. He’s dead right about that. The minute the church stops thinking, it starts decaying, it starts moving into corruption. That’s what happened, I think, in the years after the council. Look, too, at our great tradition. Everybody from Paul to Chrysostom to Jerome to Augustine to Thomas Aquinas to Newman himself, all these people have a very strong, passionate, emotional connection to God. Yes, indeed, the heart is very strong in all those people. But, by God, so is the head. My generation got this big bifurcation between heart and head. “Oh, I’m not a theologian, I’m not a heady intellectual, I’m a man of the heart.” Well, la-dee-dah, that’s never been a good idea in our tradition. Our great people have never driven a wedge between the head and the heart, but we inherited that.

You know what’s happened now: an entire successor generation, mine and another generation, make two generations, have come to expect a dumbed-down Catholicism. I find if I’m giving a homily and I use a three-syllable word, I’ll get people after Mass saying, “Oh Father, come on, you went a little high there. It went over our heads. The kids aren’t going to be able to keep up with it.” These are lawyers and doctors and investors. I’ll say to them, “You’re a doctor, you went to medical school, you read the New England Journal of Medicine. You’re a lawyer, you went to law school, you read case studies of great complexity. You’re a private equity investor. You’ve taken over entire businesses. What do you mean if I use three syllables… why do you expect religion to be presented to you in this flattened-out, dumbed-down way?”But somehow, we have come to expect that, and that has been a disaster.  Transcript of complete talk available at this link.

I am the same age as Fr. Barron, and my childhood experience of Catholicism presented in ‘dumbed-down’ form is similar. However I was fortunate in my later High School years to be taught by priests who sought to communicate faith as a robust and fulfilling life engaging the whole person, including the intellect.

If I had not discovered the beauty, truth and reason of Catholic faith I doubt I would be living as a Catholic, let alone as a Catholic priest, today.

My point today is that 2014 is another YEAR OF FAITH, and every day provides a new opportunity to live faith-fully, that is, to grow in relationship with the God who remains faithful. 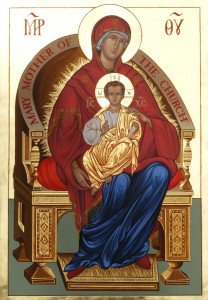