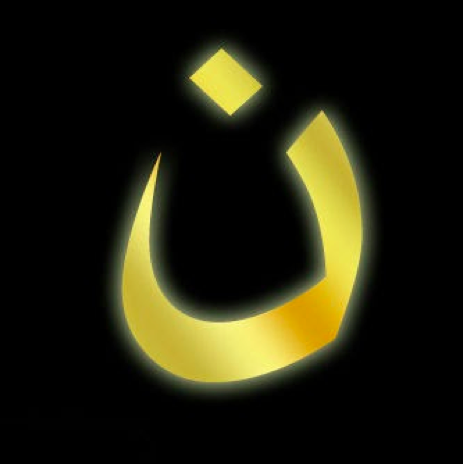 a reflection for the 17th Sunday in Ordinary Time

There is a question that is sometimes asked to help people to focus on what is really important in their lives. The question (asked in different ways) is, “Who or what are you prepared to die for?” Another way of asking this same question initially appears  to be the opposite: “what are you prepared to really live for?” In yet another form, God asks this same question of Solomon in today’s first reading: God said, “Ask something of me and I will give it to you.” 1 Kg 3:5

…OK, I wonder what you came up with. Perhaps you answered that you would be prepared to give your life for your family, friends, or even a project that you are particularly passionate about. Most of us would be prepared to hand over money (and even house and land) fairly easily, but we would rightly be more protective of those we love.

“O LORD, my God, you have made me, your servant, king to succeed my father David; but I am a mere youth, not knowing at all how to act. I serve you in the midst of the people whom you have chosen, a people so vast that it cannot be numbered or counted. Give your servant, therefore, an understanding heart to judge your people and to distinguish right from wrong.”

The LORD was pleased that Solomon made this request.  So God said to him: “Because you have asked for this— not for a long life for yourself, nor for riches,  nor for the life of your enemies, but for understanding so that you may know what is right— I do as you requested. I give you a heart so wise and understanding that there has never been anyone like you up to now,  and after you there will come no one to equal you.”

Today, 3000 years later, we still refer to ‘the wisdom of Solomon’.

This “what is the one thing” focus is also picked up in today’s Gospel when Jesus speaks of the treasure:

“The kingdom of heaven is like a treasure buried in a field, which a person finds and hides again, and out of joy goes and sells all that he has and buys that field.

If you are a regular user of internet social media you can’t possibly have missed seeing the above image online this week. In just a few days, significant numbers of people around the world have adoped this black and gold sign as their personal identifying image on Facebook and a number of other popular sites. The image is of the 14th letter of the Arabic alphabet, the equivalent of the letter ‘n’ in our Roman alphabet, and this “n” is the first letter of the word Nazarene representing Jesus Christ (who was raised in Nazareth). Since the entry of the Islam faith to the Christian world in the 7th century, Christians under oppressive Muslim rule have called themselves “Nazarenes.” In their many attempts to eliminate Christians, Muslim terrorists have marked Christian-owned institutions and buildings with this letter targetting the place for  persecution.

In recent weeks the most violent persecutions have centred on the ancient city of Mosul (formerly Nineveh – remember Jonah), in Iraq. Christians have been given the option to either pay a significant fine, leave immediately, or be put to death.  Last Sunday Pope Francis drew the world’s attention to the situation in Mosul, and other parts of the persecuted Christian world, asking prayer for those who had been forced from their homes with no time to gather possessions.

In the interests of objectivity I have read some secular media sources to get a more complete picture of the tragedy. New Zealand media have reported the tragic effect of the Mosul persecution of women. Wikipedia gives a bit more of the background and the effects of the persecution:

On June 10, 2014, Mosul was taken over by Islamic State of Iraq and the Levant (ISIS) militants linked to Al Qaeda. It was reported that 150,000 people had fled the city. In response to the situation in Mosul, Iraqi prime minister Nouri Maliki asked parliament to declare a state of emergency.

Since 2003, the number of Christians in Mosul has decreased from ~30,000 to a few thousand. On 13:00 Friday 19 July 2014, many of the remaining Christians left the city, after being ordered to do so by ISIS. A YouTube video showed ISIS destroying the tomb of Jonah, and ISIS also removed the cross from St. Ephrem’s Cathedral, the seat of the Syriac Orthodox archdiocese in Mosul, putting an ISIS flag in its place.

Putting together all the scattered pieces of this tragedy, it is clear that many of our sisters and brothers in Mosul, and in other parts of the world, are suffering violence that is perhaps impossible for us to comprehend in the peaceful beauty of the Hurunui. We know that in Mosul in recent weeks women have been persecuted simply because they are women, and Christians have been persecuted simply because they are Christians. Those who read the Press during the week will rightly be horrified at the plight of the women. But local media have been silent about the suffering of Christians who are our sisters and brothers in Christ, the majority of whom are Catholic and therefore literally our blood relatives because we share the body and blood of Christ at Mass.

The persecutions have also been criticised by Muslim leaders. One report quoting two senior Islamic leaders in Mosul officially denounces the “forced deportation under the threat of execution” of Christians, calling it a “crime that cannot be tolerated.” He also distanced Islam from the actions of the militant group known as ISIS, saying they “have nothing to do with Islam and its principles that call for justice, kindness, fairness, freedom of faith and coexistence.”

The persecution of Christians here in New Zealand is much more subtle. It is easy for us to relax and even become half-hearted about our faith when our friends, neighbours, workmates and even other family members don’t care much whether or not we are disciples of Jesus. Perhaps our reflection on the daily life and death realities of persecuted Christians might help us to be more passionate livers and lovers of the great treasure of faith that we have been given.

Listen here to a 15 minute Radio NZ interview about the present Iraq situation.