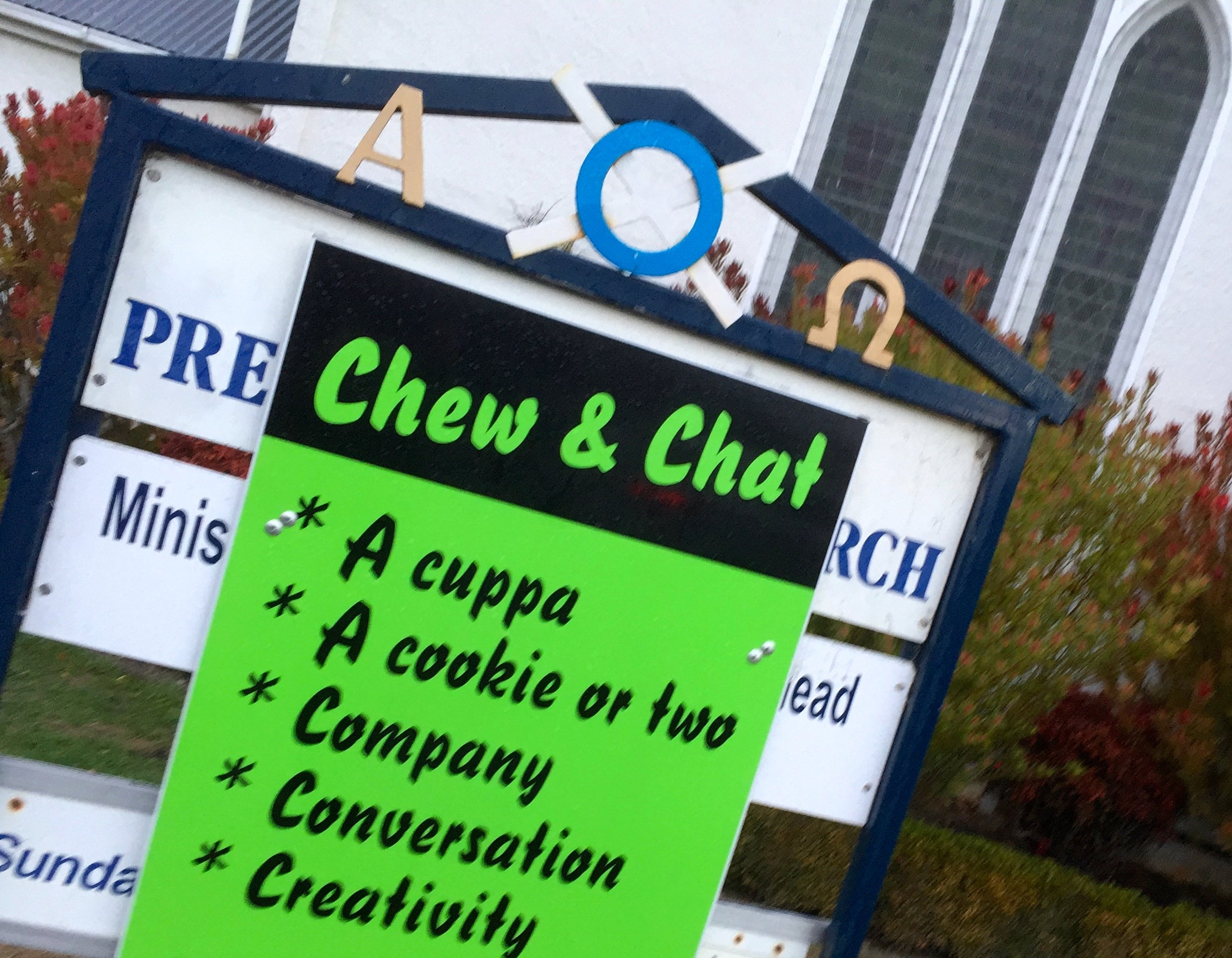 I was a bit stunned today to see this sign outside one of the local churches.

Think of the first disciples of Jesus arriving in Rome after Pentecost. These simple fishermen from an outpost of the Roman Empire arrived in the capital of the Empire where all human achievements were prominent and promoted as the purpose of life and the road to fulfilment. The disciples arrived with nothing but Christ. They lived and breathed Christ. Two thousand years later the Roman Empire is dead and buried and Christ lives in every part of the earth. Christ is enough.

And today Christian Church communities using only “C” words to advertise and attract, avoid the person of Christ and reduce the depth and beauty of Christian faith to comfortable human companionship over a chew and chat with cuppa and cookies with creative company and conversation.

How easily we miss the point. 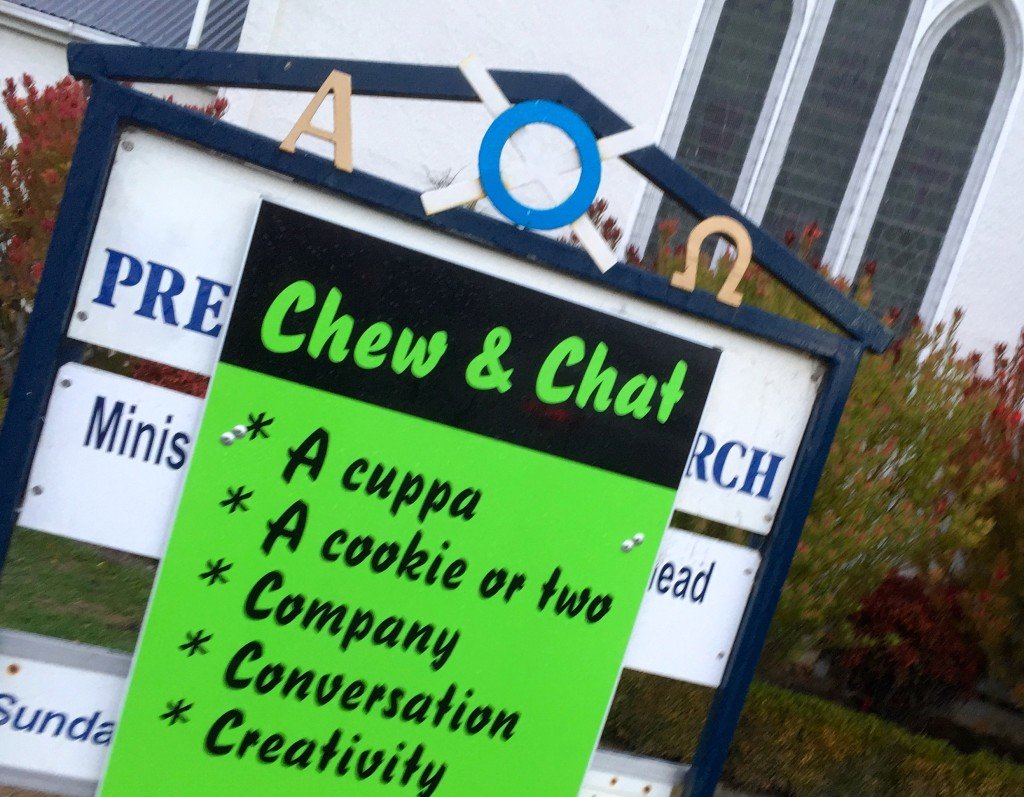