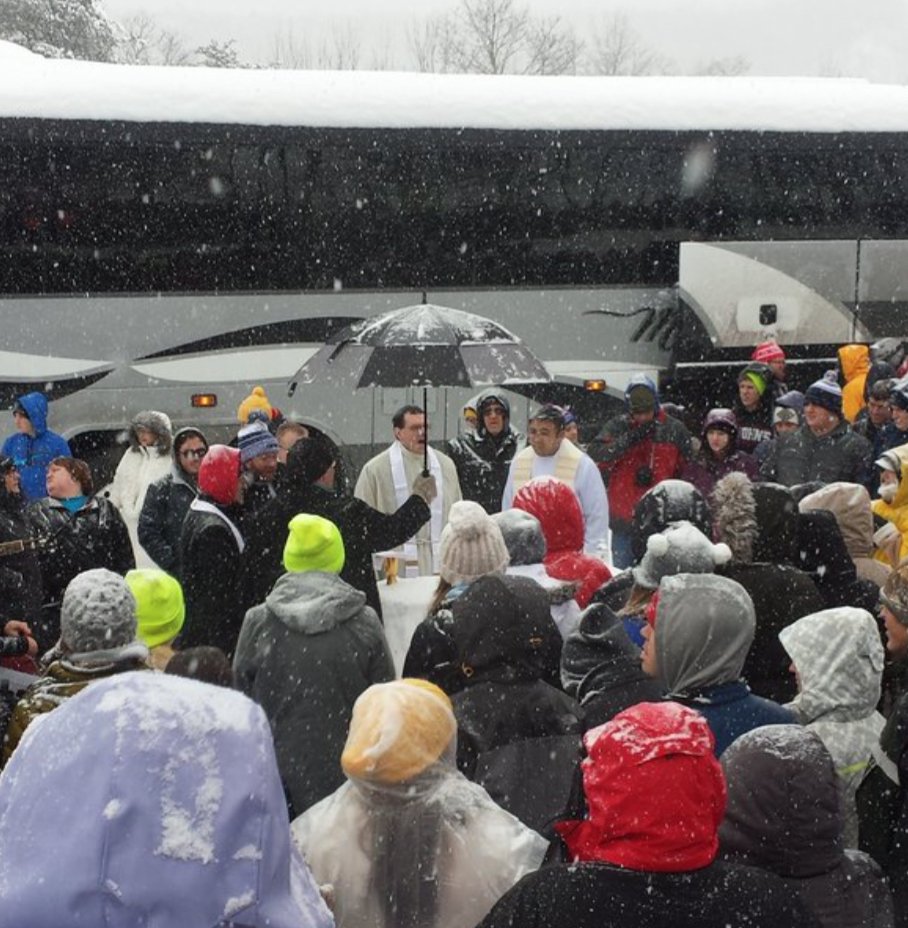 One of the many inspiring stories to come out of last week’s snow storms on the US East coast is from a group of young people with priest chaplain returning home to Iowa after taking part in the March for Life in New York.

I have the story directly from the group who were on the bus: after being stranded for more than 15 hours, in a 20 mile line of stranded vehicles, they decided it was time to build a snow from the altar and to celebrate Mass.

Hundreds of others left their cars and busses and joined them as they continued their gesture for life in the prayer of the Mass.