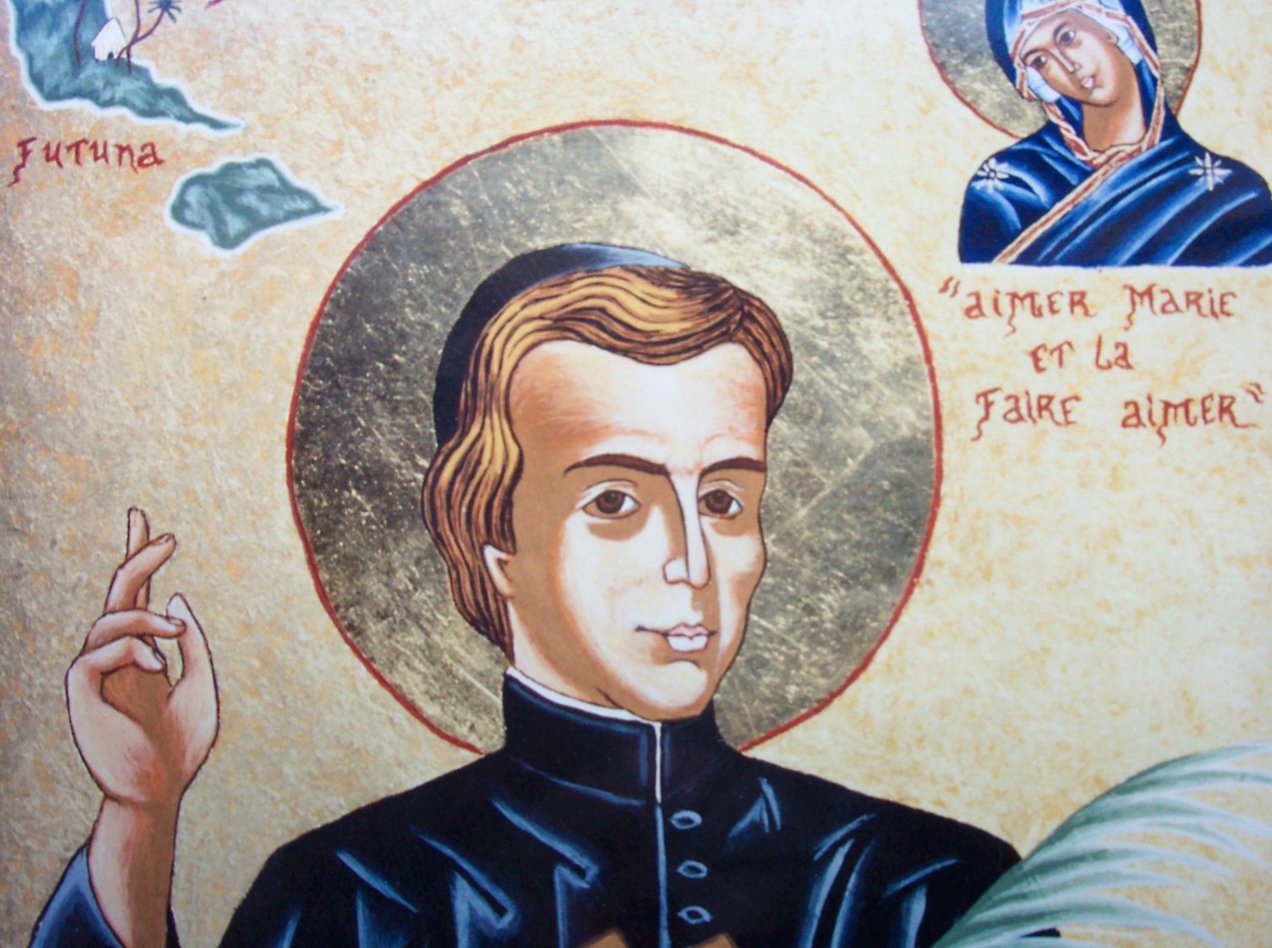 Today marks 175 years since the martyrdom St Peter Chanel, first martyr in the South Pacific and patron of Oceania.

Wikipedia reports:  The group was initially well received by Futuna’s king, Niuliki. Fr. Peter struggled to learn the language and mastered it. Despite little apparent success and severe want, he maintained endless patience and courage. It was a difficult mission, coping with isolation, different foods and customs, but eventually beginning to bear some fruit. A few islanders agreed to be baptised while a few more were being instructed. Peter Chanel’s selflessness and love was noticed and he was given the name ‘the man with the good heart’. Wikipedia continues, King Niuliki believed that Christianity would undermine his authority as high priest and king. When his son, Meitala, sought to be baptized, the king sent a favoured warrior, his son-in-law, Musumusu, to “do whatever was necessary” to resolve the problem. Musumusu initially went to Meitala and the two fought. Musumusu, injured in the fracas, went to Chanel feigning need of medical attention. While Chanel tended him, a group of others ransacked his house. Musumusu took an axe and clubbed Chanel to death. Chanel died on April 28, 1841.