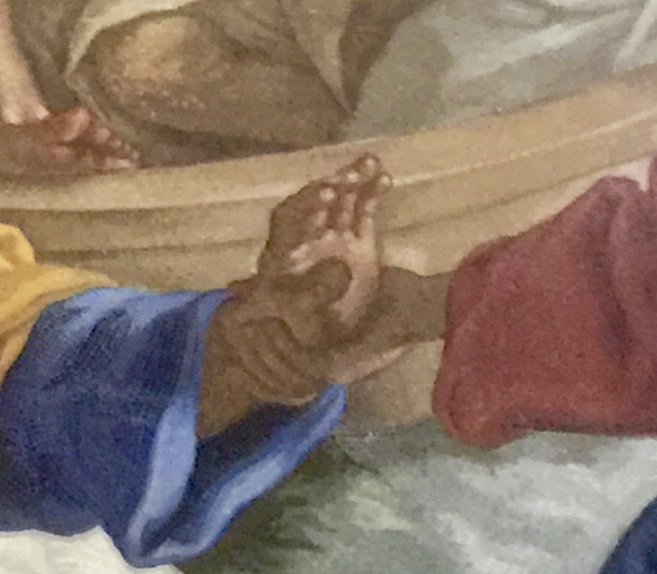 I have some days in Rome at the moment before I head north to spend time with friends on vacation, and a couple of meetings which I will tell you more about later. But for the moment I wanted to share with you an inspiring experience of this morning.

One of the things I like to do in Rome is to go to St. Peter’s basilica when it opens at 7.00am and celebrate Mass at that hour when the only thing happening in the basilica is prayer. By 8.00am the place is beginning to fill up with tourists. Another advantage of the early hour is that there is no queue to pass through security in the square if you arrive before 6.45am.

Today I had a special reason for celebrating Mass. The mother of a friend in Australia has died and I told Tony that I would offer this morning’s Mass for his mother, and for all the family. In the bus on the way to the basilica I was planning the readings I would choose for this memorial Mass.

I entered the sacristy and vested for Mass. The sacristan asked if I had a preference for a particular altar at which to celebrate Mass. Without a reservation, the altars in the crypt (closest to the tomb of St. Peter) are already taken so I responded that I was happy with whichever altar was available.

I was led into the basilica to find a vacant altar. Every altar we passed was already taken, so the server then led me to pass immediately in front of the main altar, to the Reconciliation Chapel and around the corner to the Altar of the Navicella with the powerful mosaic depicting the scene in Matthew 14 when Peter boldly seeks to walk to Jesus across the water, begins to sink and Jesus reaches out to hold him and save him.

I thanked the server and he returned to the sacristy as I began to find the right Missal pages for the day’s Mass.

As I skimmed the readings in preparation I stopped suddenly and was very moved when I realised that the Gospel of the day was from Matthew 14 – Jesus reaching out to save sinking Peter. In that moment I knew that this was no coincidence. I had no doubt that Jesus had arranged for me to celebrate Mass at this altar on this day. Every circumstance had led me to this experience. Had I read the readings of the day before entering the sacristy I may well have asked to celebrate Mass at this altar – but that would have been me making the choice. Instead Jesus was leading me. He wanted me to be at this place on this day and I knew it.

I suppose I should have been more aware an hour earlier when I woke up. Without thinking I got out of bed, showered and shaved, dressed and caught the bus. I could only manage these actions because God had kept me through the night and I woke with a beating pulse which I was not causing. Which is the greater action of God, getting me to a particular altar, or giving me the gift of life in every moment.

Please God I will be even more aware even earlier tomorrow morning, as I wake and take a moment to thank God for the beating pulse.

I am in Rome for another couple of days and will celebrate Mass at St. Peter’s again on Thursday morning. If you let me know your prayer intentions before then (Wednesday late afternoon NZ time) I will include your intentions in this offering of the Mass. 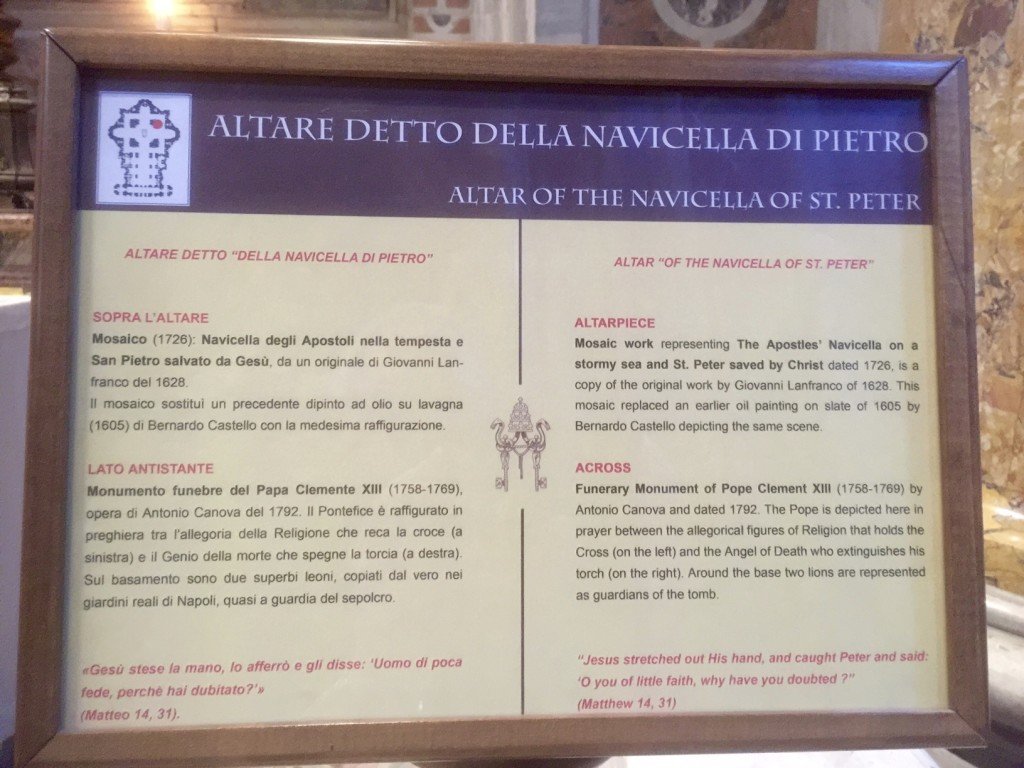 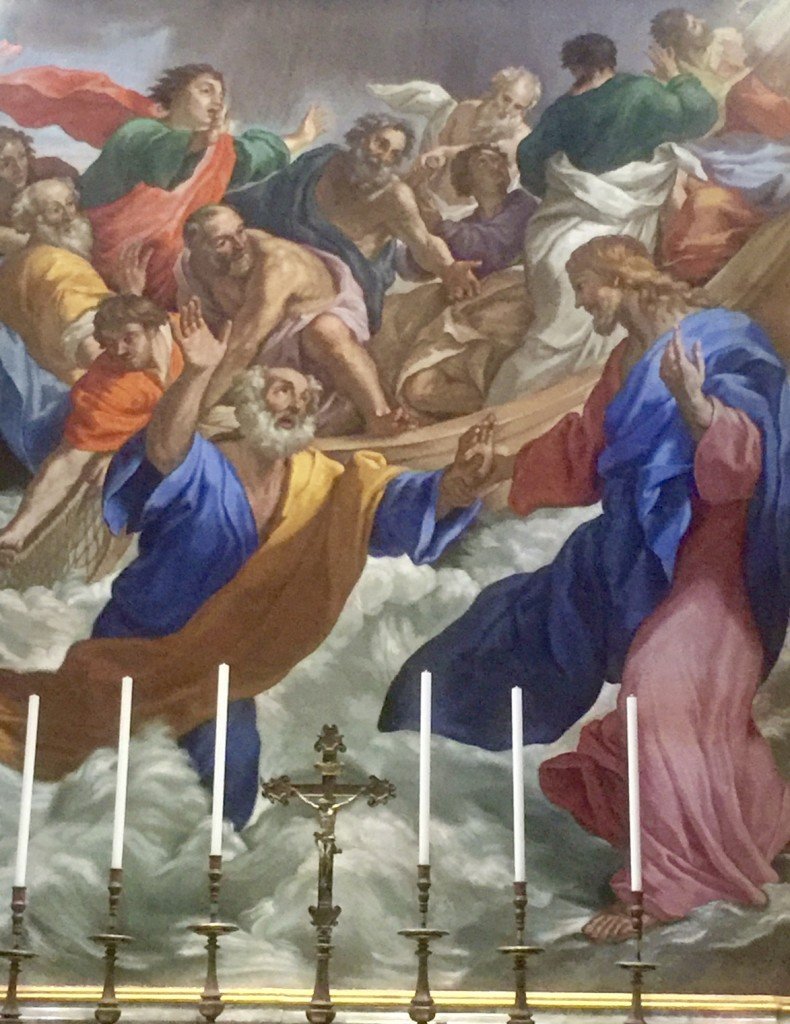 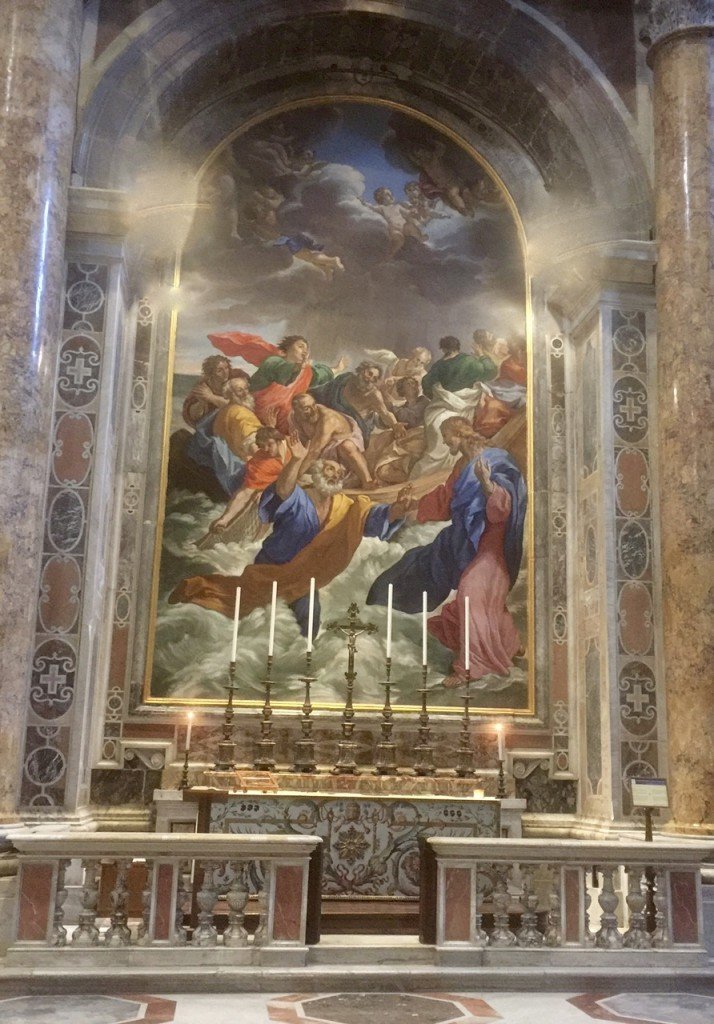