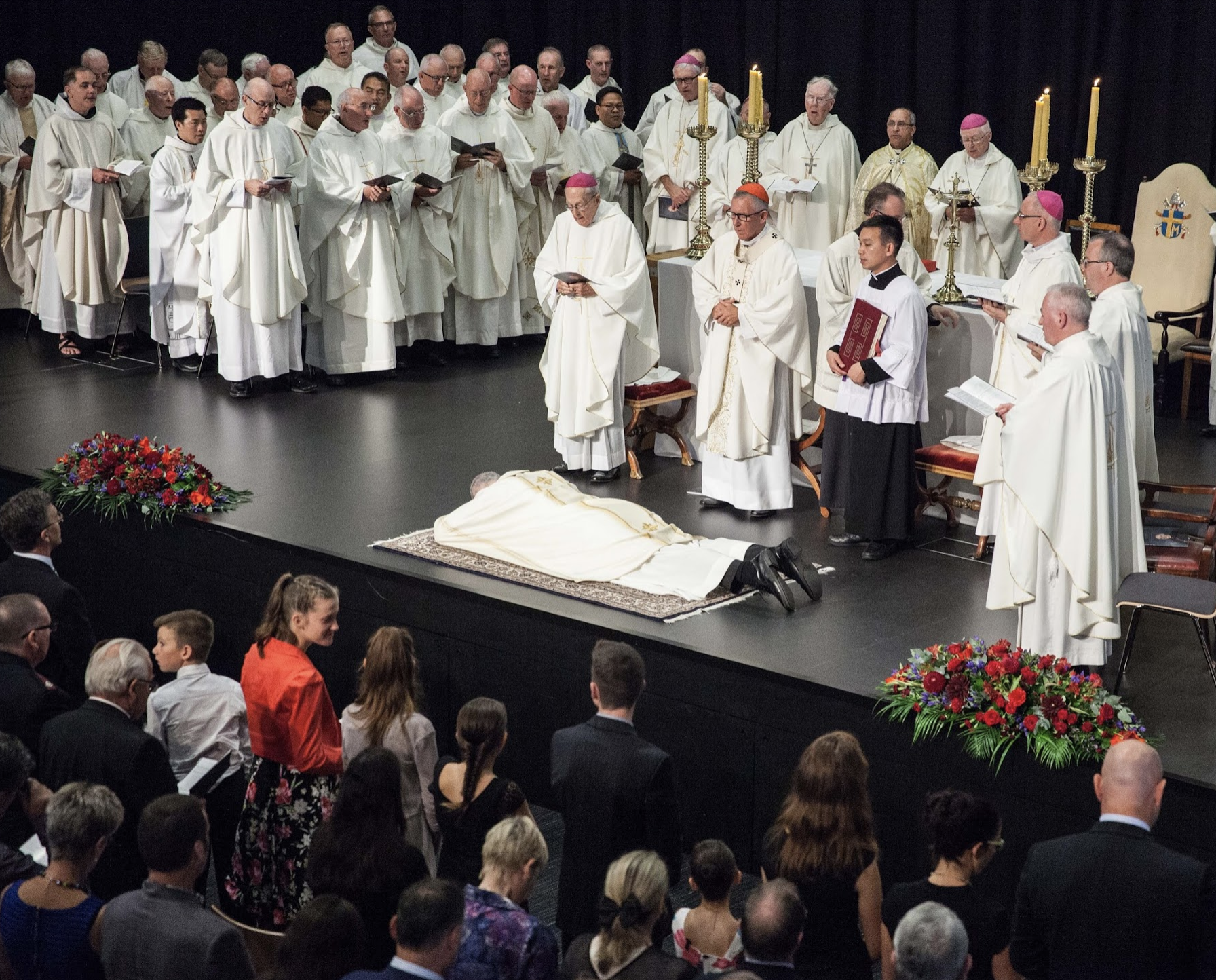 Today’s first reading continues the Abraham story from verse 3 of Genesis chapter 17. It’s a shame that verse 1 has been omitted since it contains a significant detail:
“When Abram was ninety-nine years old,
the Lord appeared to him and said…”

The age detail is important because when someone is 99 years old they reasonably expect that the big adventures of their life are over. This was certainly the presumption of Abram and his wife Sarah. However at verse 3 the drama really picks for this elderly couple and we are told that…
“When Abram prostrated himself God spoke to him…”

In the following moments God gives Abram a new name – he becomes Abraham – and God tells him that he will become the father of a host of nations. Abraham could never have imagined the adventure that lay ahead of him. As an old man Abraham, who was sure his time on earth was almost done, was about to begin the time of his life.

The story is remarkable from our point of view as well. The three great monotheistic faiths, Christianity, Islam and Judaism are united in naming Abraham as our “father in faith.”  And it all began when this 99 year old man listened to and trusted in God.

There is a great story of Abraham as a boy being given the job of looking after his father’s “idol” shop for an hour or two. In that time Abraham became angry that these little wooden representations were not of the one God but were images of false Gods so he took to the idols with a hammer. The story is told to help us to understand that Abraham is our father in faith because he spoke clearly of their being only ONE God, this is the central unifying belief of Judaism, Islam and Christianity.

When we wake up to the reality of God we become aware of our own reality. It is as if when we let the light of God into our lives we are able to clearly see ourselves as we are. The appropriate attitude of our prayer therefore becomes humble gratitude and hope-filled dependance. The physical posture of prayer (even in our minds as we pray) is prostration: note that it was when Abram prostrated himself that God spoke to him.

We see prostration at the ordination of a priest or a bishop, a powerful gesture of submission to the action of the Holy Spirit.

While we might expect the voice of God to speak to us from the heavens, more often God whispers to us from the earth, very timidly, not wanting to intrude on our projects and plans and even respecting our freedom to make poor decisions. This gentle voice of God is easily heard by those who keep their feet on the ground and their ear to the earth.

With this understanding, prostration makes a lot of sense.

I spent a couple of hours yesterday with a group of older diocesan parishioners gathered from around the city. They meet three times each year to listen to a reflection, have lunch together, and to enjoy the good company of each other.  The real excitement and inspiration of the gathering happened after the photos below were taken with the great buzz of good company, chat and friendly laughter and buzz of people enjoying being together.

The gathering is primarily for older Catholics (the call themselves the “Golden Oldies”) who might imagine that they have already completed their service of God on earth. But I expect that God has much more in store for them as they live this rich stage of their life as wise and holy guides for those of us who are younger.

Remember Abraham – God really started to use him when he was 99!

Call to mind an older person who at some stage of your own life has been a great teacher of faith for you by their word and example. Perhaps you are thinking of a grandparent, Godparent, teacher?

Take a moment to thank God for placing this person in your life at the time when you needed them. Ask God today to reveal to you what God is wants you to learn today from their example. 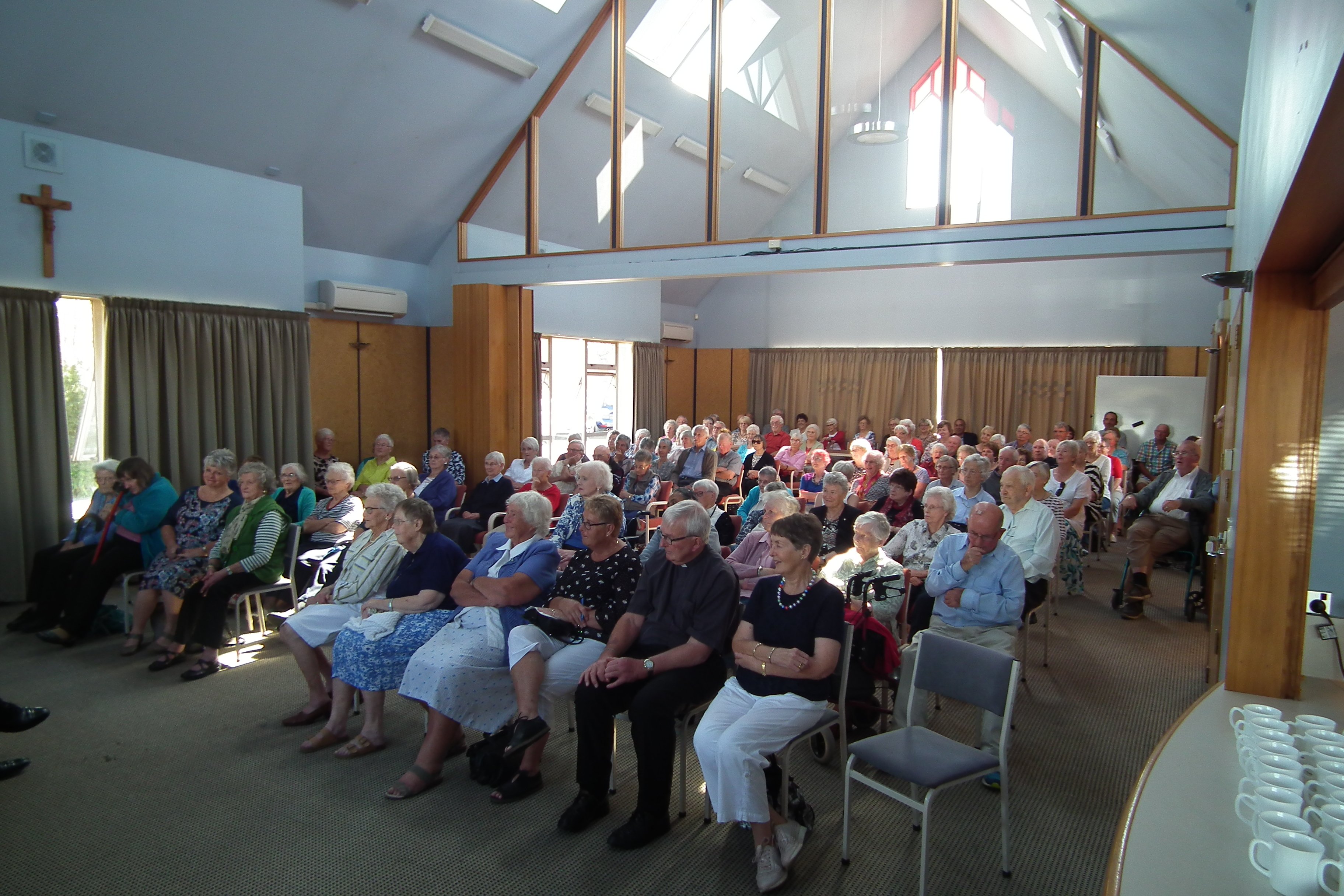 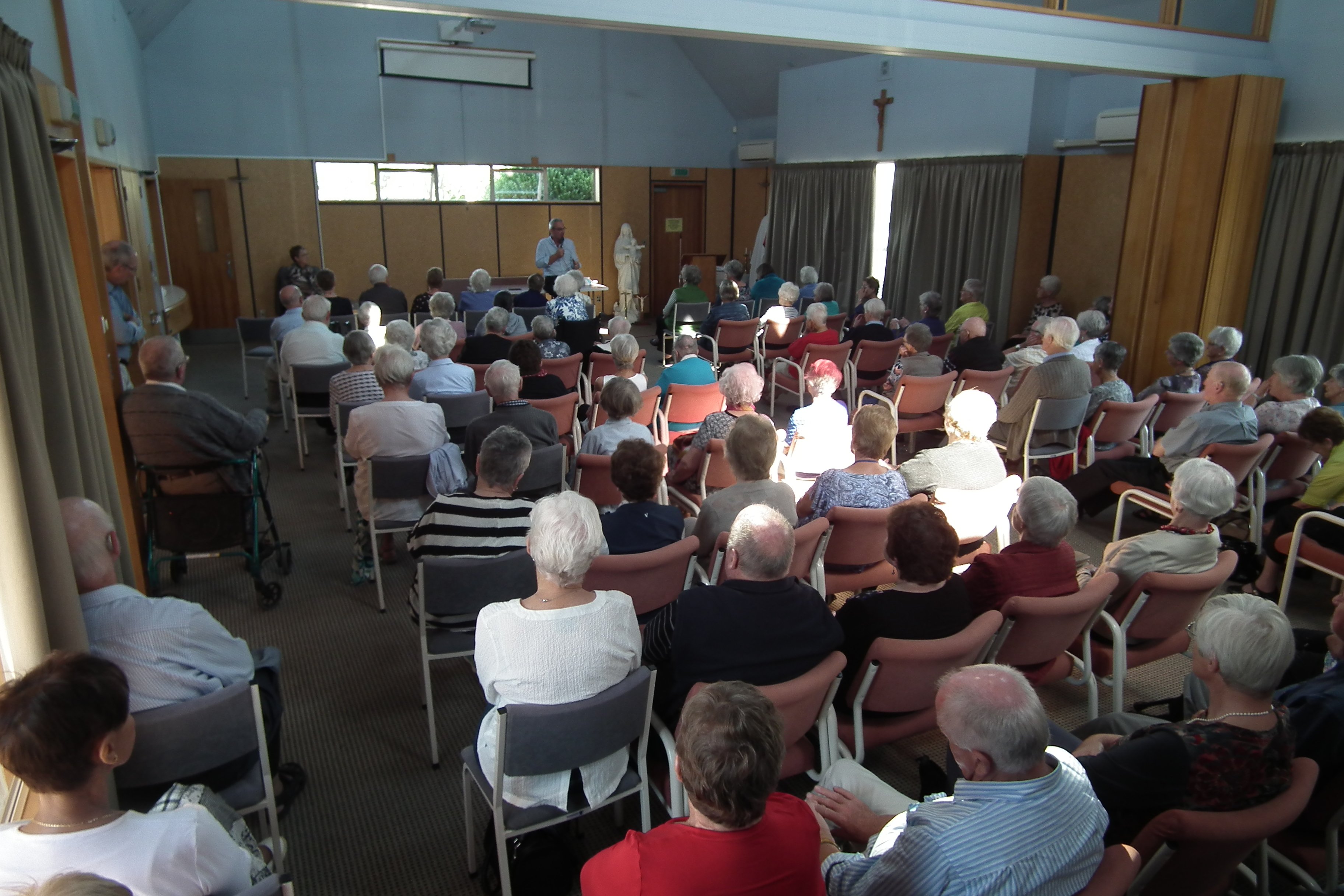