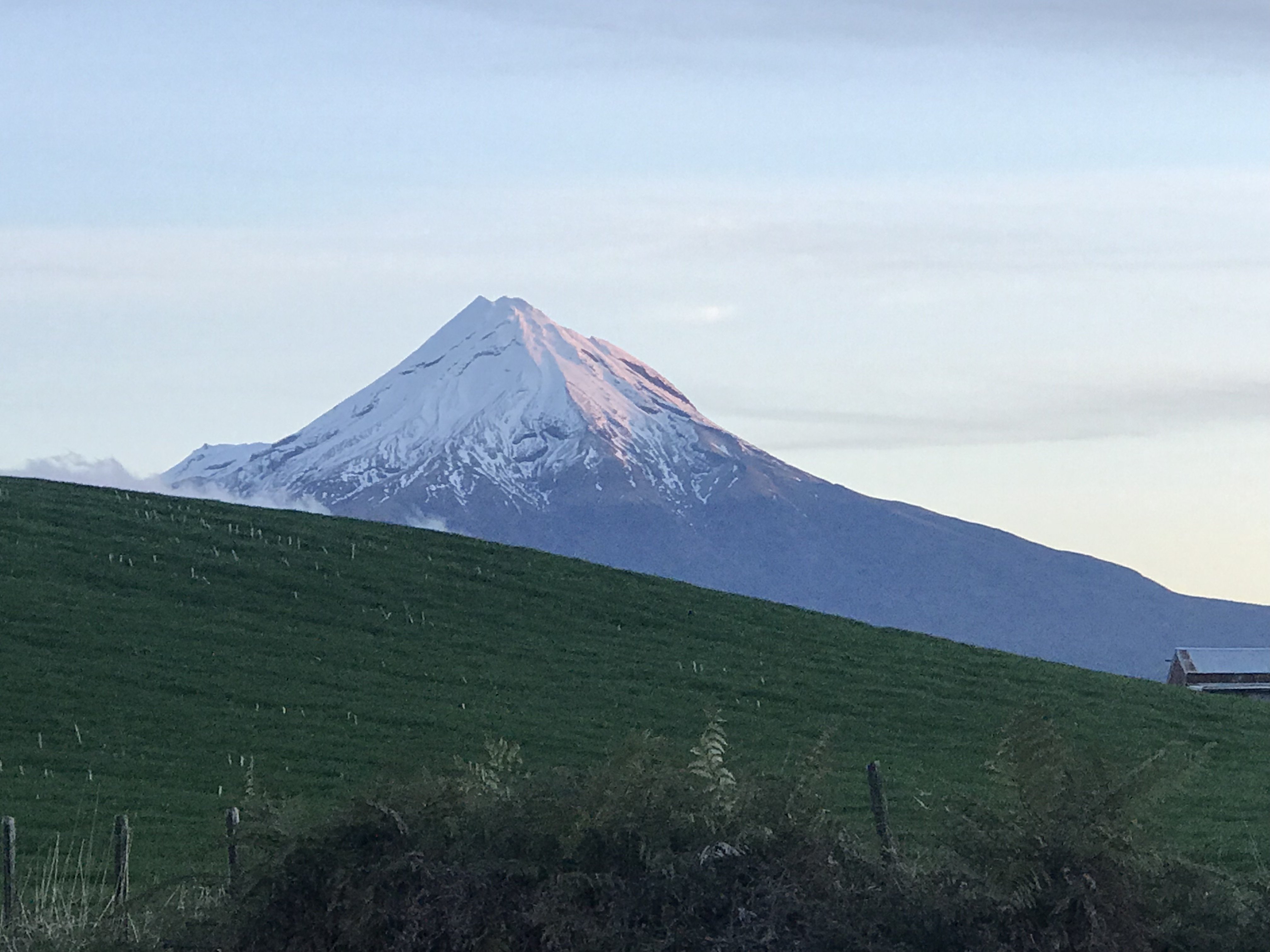 It was a pleasure and a privilege to spend the past week in the Taranaki in the shadow of the mountain from which the region takes its name.

A few months ago I was asked by the parishes of the Taranaki to lead missions for the Catholic church communities surrounding the mountain. In the weeks following we formed a programme of day-retreats with morning and evening sessions and last week I began with a morning gathering for the people of Opunake.

In the days following until yesterday I also visited New Plymouth, Hawera, Inglewood and Stratford meeting with groups ranging in size from a dozen people to 40+.  All age groups were represented from late teens with a number of 20, 30 and 40 years olds as well as more senior parishioners.

Today’s gospel captures something of the common theme of the Taranaki sessions:

“Everyone who listens to these words of mine and acts on them will be like a sensible man who built his house on rock. Rain came down, floods rose, gales blew and hurled themselves against that house, and it did not fall: it was founded on rock…Jesus’ teaching made a deep impression on the people because he taught them with authority, and not like their own scribes.”   Matthew 7

In every gathering of the week I was moved by the people’s passion for what is primary and foundational: personal relationship with Jesus Christ.

We people of faith even with the best of intentions, become occupied and even pre-occupied with matters that may be important but which are not primary.

I am always challenged by the desire of parishioners to live in relationship with Jesus Christ. All it takes is a couple of focussed questions and a time of reflection on a gospel passage like today’s for people to know anew that the foundation of all human existence is Jesus Christ.

St (Pope) John Paul began his first encyclical in 1979 with the opening sentence: “The redeemer of people, Jesus Christ, is the centre of the universe and of history”.

One of the great ecumenical hymns begins: “The church’s one foundation is Jesus Christ her Lord.”

In the Old Testament, the people of God would often get the holiest of their number to climb the mountain to communicate on their behalf with God who dwelt in the heavens far above.  In Jesus God has come down the mountain and seeks to live in relationship with each of us here on earth.

In my week in the Taranaki the mountain showed its many moods, some moments visible in a blue sky and minutes later hidden by cloud and mist.

Let’s remember today that while we ourselves might be temperamental and moody like the mountain, Jesus Christ, God-with-us is our only stability in the challenges and insecurities of daily life.