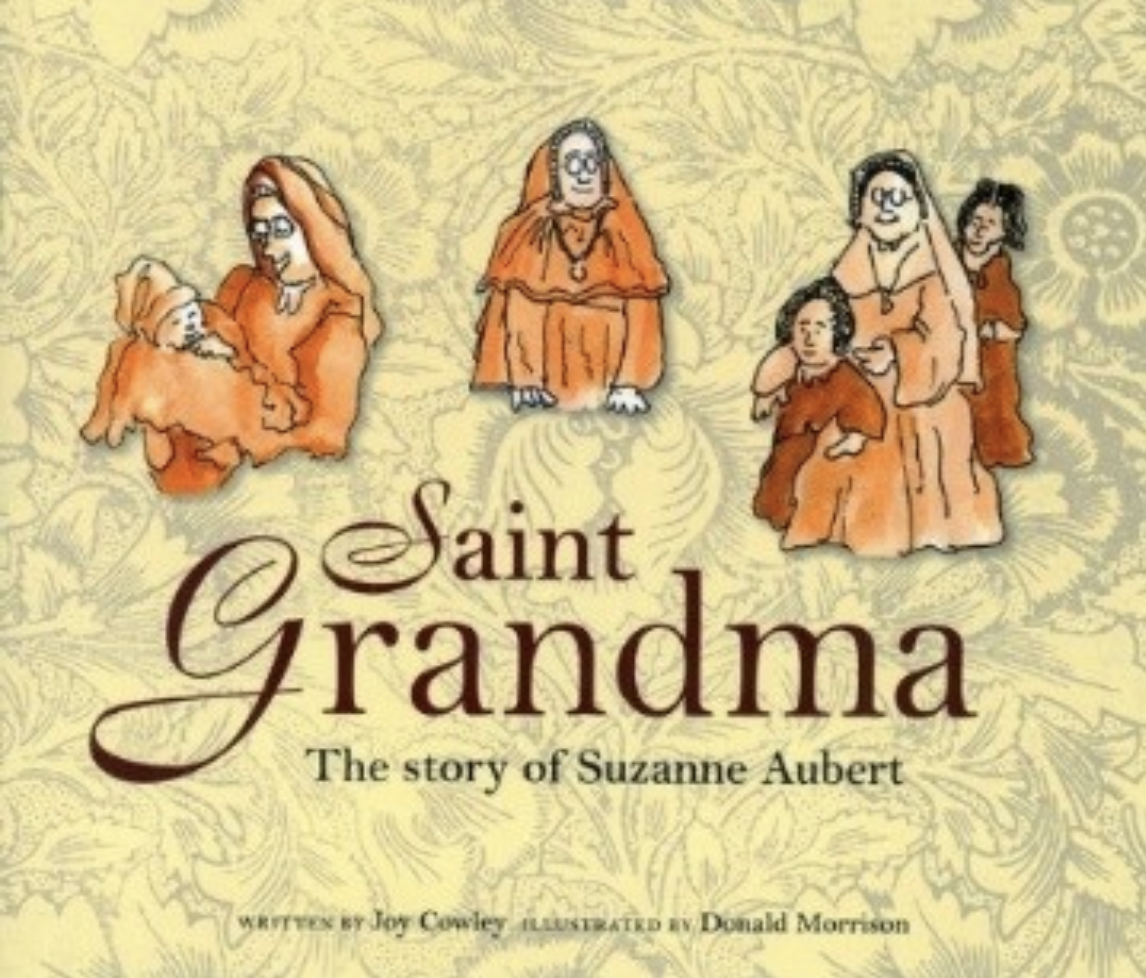 On this day, October 1, in 1926, Saint Suzanne (also known as Saint Grandma) died in Wellington after a long and rich life in service of Jesus in the poor of Aotearoa New Zealand. (read an earlier FFF reflection at this link)

The official cause for Venerable Suzanne Aubert’s canonisation is in process and she has not yet officially been named as saint of the church. However many of the tens of thousands who lined Wellington streets for her funeral four days after her death were calling for her canonisation and already praying through the intercession of the one they believed to be heaven’s most recent arrival.

Even the secular press were fulsome in their praise with the Evening Post saying that she “may rightly be described as one of the greatest women in public effort and loving self-sacrifice New Zealand has known”, and the Dominion suggesting that in the death of Mother Mary Joseph Aubert as she was know New Zealand “loses one of the most remarkable figures in the life of the past sixty years.”

It is rare today for a religious figure to earn such universal acclaim. Of course such praise is in itself no guarantee of sanctity and the church wisely discerns the difference between superficial celebrity and lived holiness.

But the message of Suzanne’s robust and practical holiness has been consistent.

Forty years after her death the Archbishop of Wellington (where Suzanne spent the latter years of her life) was concerned that devotion to Suzanne had grown among the people to a level that is only accorded to those named as saints. In 1976 to mark fifty years since her death many people who had known Suzanne contributed personal memories and reflections of her and this lead to a new enthusiasm for her canonisation.  Now almost a century after her death there is evidence of miracles of healing after prayer invoking her intercession.

Beginning this week the Synod of Bishops meets in Rome considering the topic of “Young People, the Faith & Vocational Discernment” and for more than three weeks the voice of the young and those who represent them will be heard.

If I had the power to arrange some time-travel and to influence the Synod invitations I would make sure that Suzanne Aubert spent the month of October in Rome chatting with the bishops. I know that they would be inspired, moved and challenged by the presence of this wise and holy woman in their midst.

The chances are too that this strong, courageous and vocal woman would not miss the chance to offer the bishops some faith-filled and timely grandmotherly advice on many matters.

Suzanne would be uniquely qualified to participate in the Synod as a representative of the young of New Zealand since, according to young people consulted pre-synod reflections Suzanne Aubert would meet their criterion for a wise and holy mentor of the young as: “a faithful Christian who engages with the Church and the world; someone who constantly seeks holiness; is a confidant without judgement; actively listens to the needs of young people and responds in kind; is deeply loving and self-aware; acknowledges their limits and knows the joys and sorrows of the spiritual journey.”

But the main reason I would want Suzanne (“Saint Grandma”) to be present at the Synod is that grandparents have always had a unique and powerful role in transmitting Catholic Christian faith to their grandchildren. While all children will at times experience tensions with their parents as they grow in independence, it is significant that grandparents endure as a loving, trusted and respected presence and voice of wisdom, especially when they speak to the young from their sound faith and long life experience.

The discussion document for the Synod concludes quoting young people who contributed to the pre-document survey. These young people say “because the stories of the Saints are still relevant to us,” then it is important to present them in a way that is appropriate to their age and situation.”  Few people are more relevant to the age and situation of Catholic young people than loving grandparents who give an insight into what it is to live fully in relationship with Jesus Christ within the church in our land.

Let’s pray together that this month the Synod will provide for young Catholics in New Zealand a new team of loving, wise and generous guides for our age and situation in Aotearoa New Zealand.

Let us pray too that the bishops of the world who already know Suzanne to be a saint, might use every opportunity this month to do what Suzanne did on her own visit to Rome in 1913 pleading that her voice be heard.

PRAYER FOR THE SYNOD

Lord Jesus,
in journeying towards the Synod,
your Church turns her attention to all the young people in the world.
We pray that they might boldly
take charge of their lives,
aim for the most beautiful and profound things of life
and always keep their hearts unencumbered.

Accompanied by wise and generous guides,
help them respond to the call
you make to each of them,
to realize a proper plan of life
and achieve happiness.
Keep their hearts open to dreaming great dreams
and make them concerned for the good of others.

Like the Beloved Disciple,
may they stand at the foot of the Cross,
to receive your Mother as a gift from You.
May they be witnesses to your Resurrection
and be aware that you are at their side
as they joyously proclaim you as Lord. 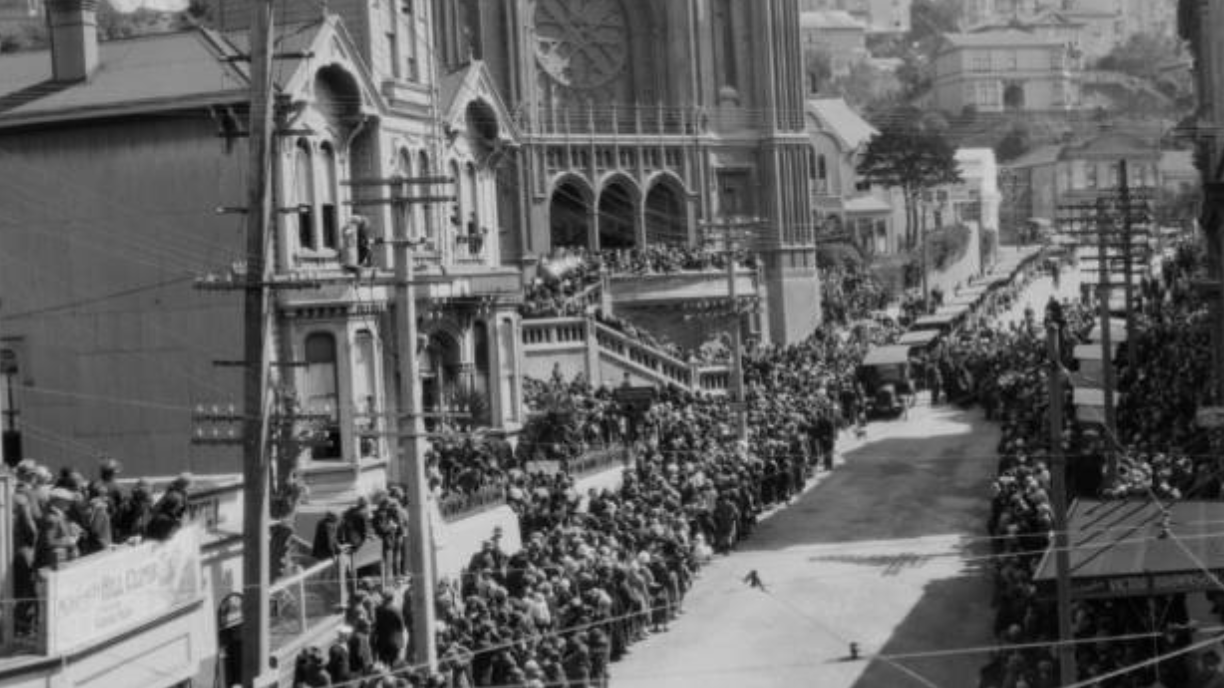 Order copies of the book “Saint Grandma” by Joy Cowley at this link.