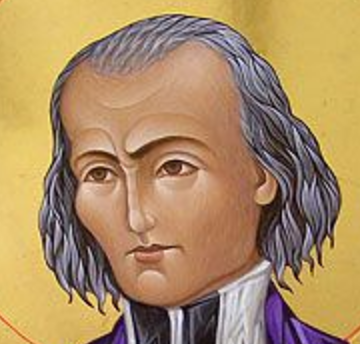 I’m a bit of a fan of Wikipedia. While it’s not gospel it often gives an easy and helpful initial pathway into a search.

Today in honour of the feast of St. John Vianney I typed his name into a search and was quickly inspired:

“Jean Vianney was often referred to as the “Curé d’Ars” (i.e., Parish Priest of Ars), and is internationally known for his priestly and pastoral work in his parish in Ars, France, because of the radical spiritual transformation of the community and its surroundings. Catholics attribute this to his saintly life, mortification, his persevering ministry in the sacrament of confession, and his ardent devotion to the Blessed Virgin Mary. His feast day is 4 August.”

The Cure d’Ars is one of my patron saints since he is the patron of all priests. Today in NZ we mark the beginning National Vocations Awareness Week.  You might be interested in the resources I have uploaded to the Aotearoa New Zealand National Liturgy Office website at this link or click on the image below,

As Vocations Director I accompany young men who are discerning a Vocation as diocesan priests.

The process of accompaniment before seminary lasts around twelve months and a number of interviews are required as well as psychological testing is required.

But we are not looking for perfection in candidates. We are looking for young(ish) men who know themselves well, who are aware of their limitations and vulnerability, and who know their need for God.

While Jean Vianney’s was labelled by his teachers as intellectually “slow,” Wikipedia accurately comments that “Vianney’s piety was great enough to compensate for his ignorance…and he was ordained priest on 12 August 1815.”

A news comment at the time of the 2010 pilgrimage calls the saint “a humble parish priest” adding that “he is regarded by the church as one of its great figures simply because he was faithful.”

In my reflection (which you can find in the resources) I begin by commenting:

Today, as we begin Vocations Awareness Week, Let us renew our commitment to creating an environment of vocational discernment in our families, parishes, and schools, encouraging young men to seriously consider a call to serve God as diocesan priests. Thank you to all who are active in promoting diocesan priesthood as a fulfilling, God-centred life of adventure and service.

Enough from me – let’s hear directly from St. John Vianney as found in today’s Prayer of the Church for the feast.

My little children, reflect on these words: the Christian’s treasure is not on earth but in heaven. Our thoughts, then ought to be directed to where our treasure is. This is the glorious duty of every human: to pray and to love. If you pray and love, that is where a person’s happiness lies.

Prayer is nothing else but union with God. When one has a heart that is pure and united with God, he is given a kind of serenity and sweetness that makes him ecstatic, a light that surrounds him with marvellous brightness. In this intimate union, God and the soul are fused together like two bits of wax that no one can ever pull apart. This union of God with a tiny creature is a lovely thing. It is a happiness beyond understanding.

We had become unworthy to pray, but God in his goodness allowed us to speak with him. Our prayer is incense that gives him the greatest pleasure.

My little children, your hearts are small, but prayer stretches them and makes them capable of loving God. Through prayer we receive a foretaste of heaven and something of paradise comes down upon us. Prayer never leaves us without sweetness. It is honey that flows into the soul and makes all things sweet. When we pray properly, sorrows disappear like snow before the sun.

Prayer also makes time pass very quickly and with such great delight that one does not notice its length. Listen: Once when I was a purveyor in Bresse and most of my companions were ill, I had to make a long journey. I prayed to the good God, and believe me, the time did not seem long.

Some people immerse themselves as deeply in prayer as fish in water, because they give themselves totally to God. There is not division in their hearts. O, how I love these noble souls! Saint Francis of Assisi and Saint Colette used to see our Lord and talk to him just as we talk to one another.

How unlike them we are! How often we come to church with no idea of what to do or what to ask for. And yet, whenever we go to any human being, we know well enough why we go. And still worse, there are some who seem to speak to the good God like this: “I will only say a couple of things to you, and then I will be rid of you.” I often think that when we come to adore the Lord, we would receive everything we ask for, if we would ask with living faith and with a pure heart. 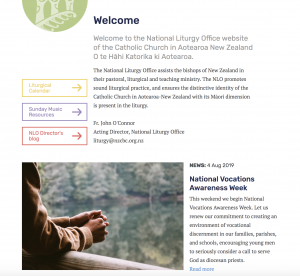