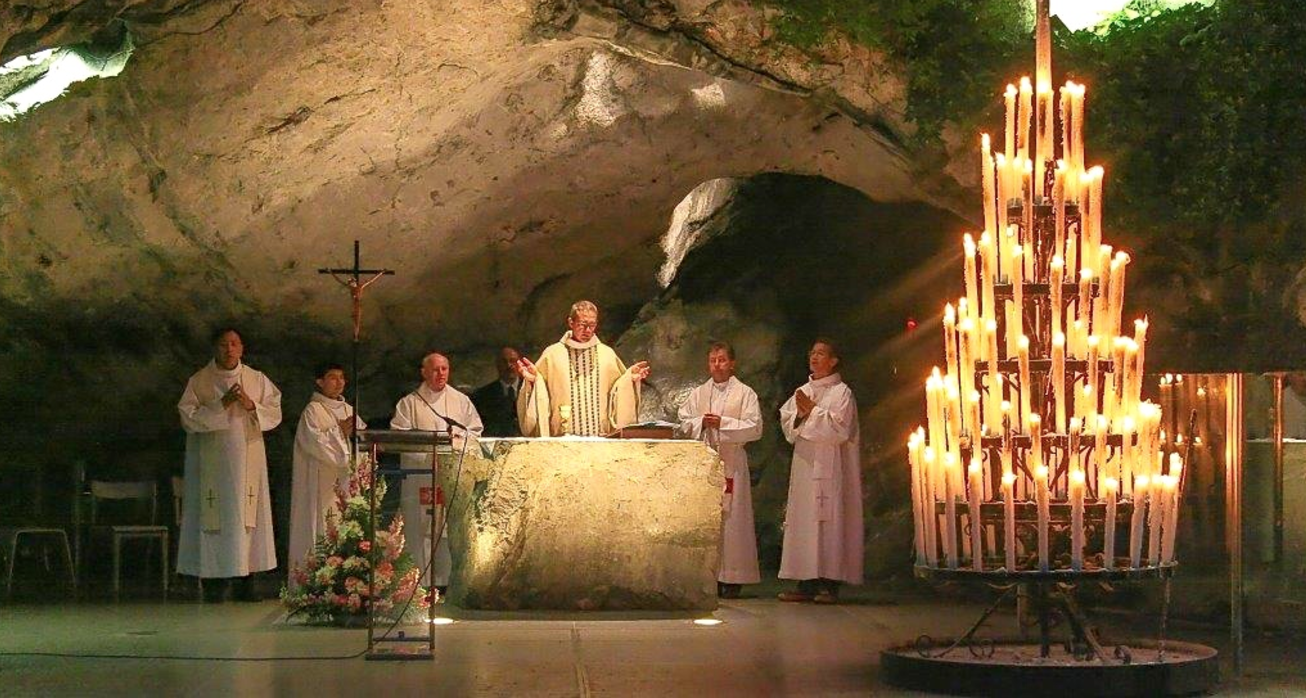 For today’s feast of Our Lady of Lourdes here’s a re-post of a reflection I wrote a few years ago.

I have been thinking a bit about pilgrimages in recent weeks.

Pilgrimages to significant holy places were once an essential part of the life of the Christian. In the early Christian centuries every Christian was encouraged (and even expected) to journey to Jerusalem. A few centuries later when Holy Land pilgrimages were impossible because of the Muslim occupation, (7th century to 11th century), pilgrimages began to many other holy places where saints had lived and died and where people had experienced signs of the presence and power of God. Many Christian communities and Orders still encourage members to make pilgrimages to places that are at the heart of their charism and their mission.

A pilgrimage orients the pilgrim towards Christ. Life lived as a pilgrimage is a life lived in orientation to and relationship with Jesus Christ.

After my ordination to the priesthood my first appointment was as assistant priest to the parish of Greymouth on the West Coast of New Zealand’s South Island. I remember some parishioners returning from a three month journey to Europe and one night over a large group dinner I asked them to tell us about a highlight of their trip. The first to answer was Milne and he told us that without a doubt his highlight was his visit to the French pilgrimage town of Lourdes.

Twenty years later I was the chaplain for a Christchurch parish pilgrimage, to Italy and France. When we reached Lourdes I understood why the place was so significant for Milne and for the millions of pilgrims who visit this sanctuary of healing every year.

While the apparition of the Blessed Virgin to the young woman Bernadette Soubirous 150 years ago was an extraordinary event of grace, now the grace of the Spirit of God continues to move powerfully in an environment of openness to divine action in human weakness and struggle.

An unexpected highlight for me was an early morning Mass at the grotto: I expected to concelebrate the Mass when I arrived with a group of parishioners, but the half dozen priests in the sacristy were hesitant when the sacristan asked who would like to be the main celebrant and so I stepped forward. (see picture above). This moment remains one of the many moments of great grace in the years since I entered the seminary on the feast of Our Lady of Lourdes, 11 February.

Picture below: The International Mass. I’m a bit harder to spot here. 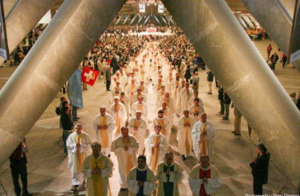