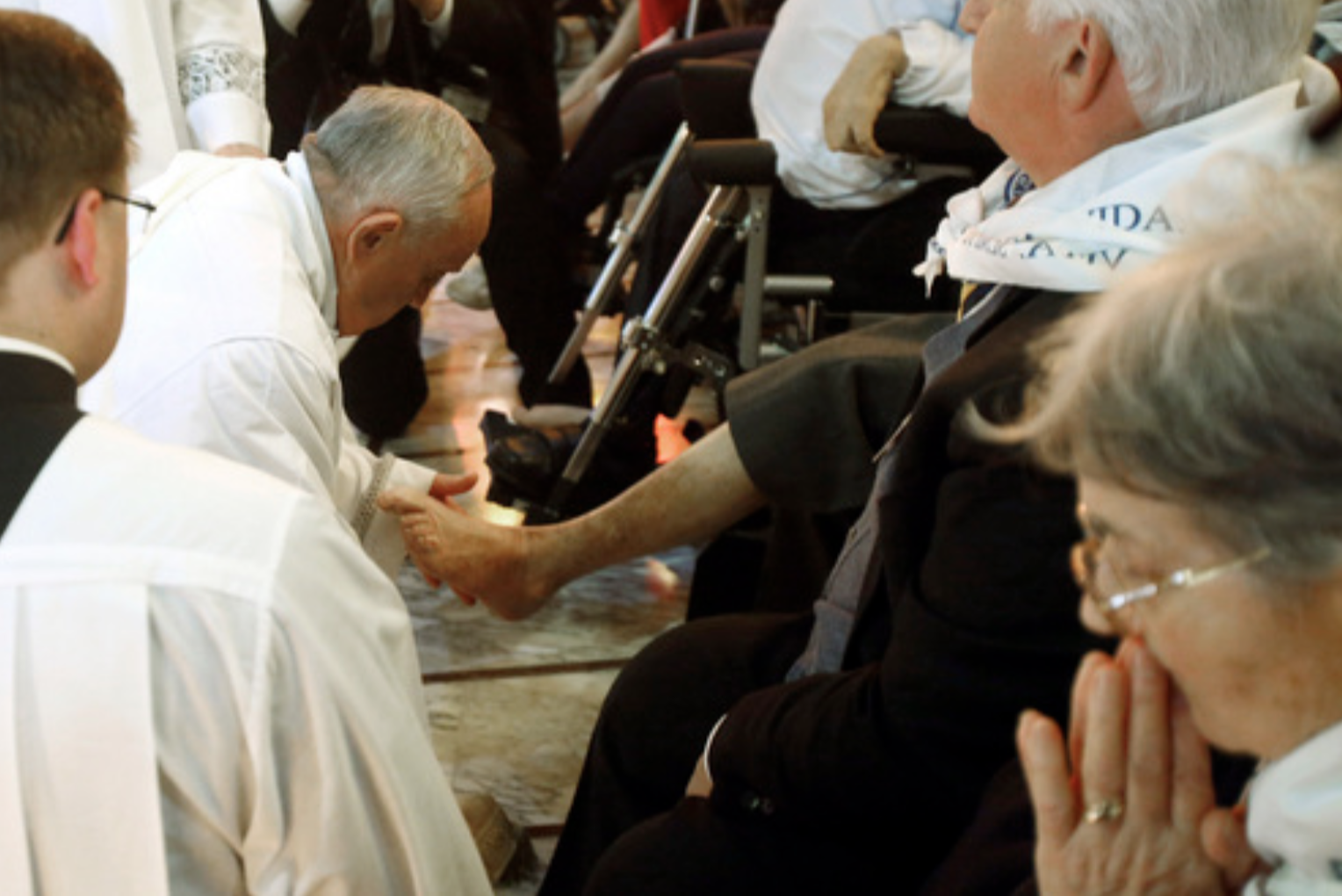 Naaman the Old Testament warrior-leper made it to the Catholic Church Curia just before Christmas last year.

The visit was unexpected and caused a bit of a stir.

Each year Pope Francis formally addresses the Vatican staff. Some of them may have initially appreciated Francis’ choosing a successful (Old Testament) military commander as a model for church organisation. But the pope was emphasising a hidden quality in Naaman:

“Yet together with fame, power, esteem, honours and glory, Naaman was forced to live with a tragic situation: he had leprosy. His armour, that had won him renown, in reality covered a frail, wounded and diseased humanity…

“…Naaman came to understand a fundamental truth: we cannot spend our lives hiding behind armour, a role we play, or social recognition; in the end, it hurts us.

“The moment comes in each individual’s life when he or she desires to set aside the glitter of this world’s glory for the fullness of an authentic life, with no further need for armour or masks.

I must admit that as I pondered today’s first reading presentation of Naaman, and today’s gospel in which Jesus also refers to Naaman, I could see that because Francis went on to make a direct link with the evil of clericalism in the church he would meet with some opposition in the Vatican offices, and among priests and bishops across the world whose style is more that of military ruler than Christian leader.

Too often we clerics in parishes and dioceses fail to embrace a synodal process of discernment and so ignore the voice of Jesus speaking through the people who are professional Christians by virtue of their baptism.

Yesterday as I was considering this reflection on Naaman news came through that on Saturday, just a few hours earlier, Pope Francis had issued a new statement (not yet in English) reforming the Roman Curia.

In this Apostolic Constitution Francis is ensuring that the Curia is in future is made up not just pf priests and bishops (until now the vast majority) but will include baptised people, women and men, who can bring the holiness and wisdom necessary in the government and leadership of the church.

“Every Christian, by virtue of Baptism, is a missionary disciple to the extent that he or she has encountered the love of God in Christ Jesus. One cannot fail to take this into account in the updating of the Curia, whose reform, therefore, must provide for the involvement of laymen and women, even in roles of government and responsibility.”

Because this Apostolic Constitution was only published on Saturday it will be a day or two before the implications of the pope’s teaching on church structure and organisation begin to be considered and shared.

This document will come as a timely encouragement for parishioners and dioceses across the world who are actively engaged in the current synodal process.

The pope’s emphasis on the call of every baptised person to live as a missionary disciple will also be a welcome encouragement to the many priests and bishops who are daily inspired by the witness of holiness and depth of relationship with Jesus in so many faith-filled people who are ready to stand up as leaders in this new era.

In his December reflection with the Curia Francis continued with encouragements that are timely for this mid-point of our Lenten pilgrimage:

“If we remain enclosed in our convictions and experiences, the hard shell of our own thoughts and feelings, it will be difficult to be open to that experience of the Spirit, which, as the Apostle says, is born of the conviction that we are all children of “one God and Father of all, who is above all and through all and in all” (Eph 4:6).

“That word – “all” – leaves no room for misunderstanding!

“The clericalism that, as a temptation, a perverse temptation, daily spreads in our midst, makes us keep thinking of a God who speaks only to some, while the others must only listen and obey. The Synod wants to be an experience of feeling ourselves all members of a larger people, the holy and faithful People of God, and thus disciples who listen and, precisely by virtue of this listening, can also understand God’s will, which is always revealed in unpredictable ways. Yet it would be wrong to think that the Synod is an event meant for the Church, as something abstract and distant from us. Synodality is a “style” to which we must be converted.