It is a privilege to serve as the Parish Priest of the Chatham Islands (Rekohu).  My visit last week was (I think) my twelfth to the Islands. My plan is to visit every 3-4 months, and the people on the Chathams know that I am ready to come down for any funeral or other need.
A number of people have expressed interest in the Chathams and in what I do when I visit.  You might find this blog update informative.
The Chatham Islands is a part of New Zealand, and is a parish of the Catholic Diocese of Christchurch.  The main Island is 750km east of mainland New Zealand, and the second inhabited island, Pitt Island (population about 30), is about 20km south-east of Chatham.  The population of the two islands together is around 600 people.
Fr.James Foley SM was the first priest to visit the Chathams from early August to early October 1896.  He visited instead of Bishop Grimes whose health was not good. The brief visit took its toll on Fr. Foley who managed three accidents in the two months, and on return to Lyttelton spent a couple of months at Mount Magdala convalescing. It was 19 years before another priest visited the Chathams.
Bishop Brodie visited in January 1928 for Confirmation. The Church of St. Teresa at Waitangi was built in 1930.
The flight from Christchurch takes around a couple of hours in an Air Chathams Convair aircraft.
I arrived on Chatham late on Tuesday and was given a lift up to St. Teresa’s Church and presbytery, about 20 minutes from the airfield. 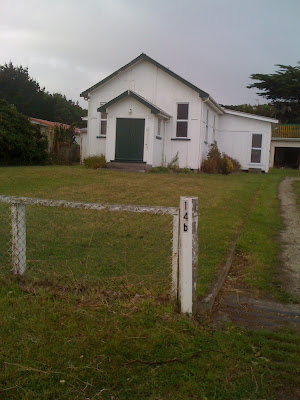 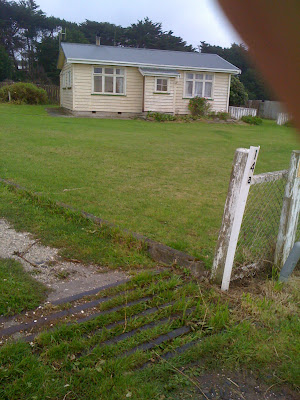 The 20 minute flight across to Pitt.  A bit quicker than the fishing boat which is the usual way of crossing Pitt Strait. Michael O’Meeghan descibes this strait as an “often angry sea”. In the picture below note the first glimpse of Pitt Island. 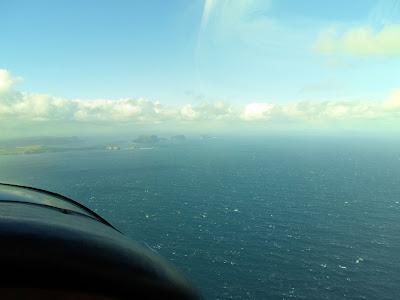 Closer to Pitt Island, Flower Pot Bay is visible. Note especially the red roof at the centre of the picture. This is the Catholic Church “Our Lady of the Antipodes,”   so named because it is the furtherest church from Rome (geographically that is). 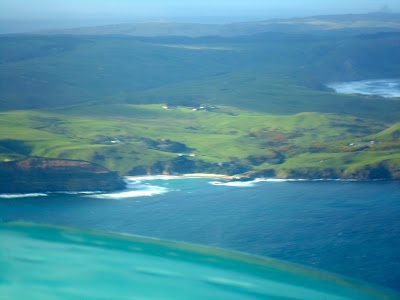 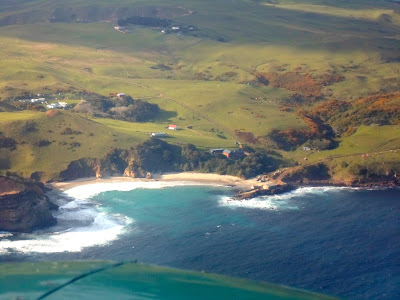 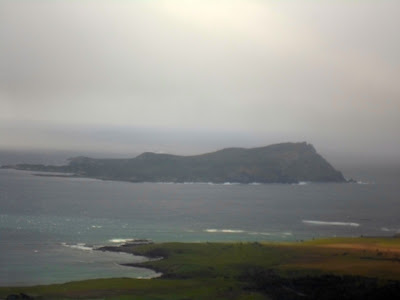 the locals, after Mass, a First Communion and three baptisms. 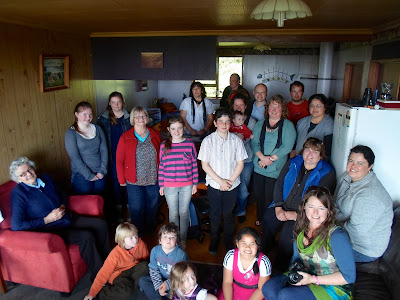 Picture below:  Inside Our Lady of the Antipodes Church.  This church was opened in 1974 by Bishop Brian Ashby and the then Prime Minister Norman Kirk.
Fr. John Noonan built the church with the support and practical help of the people of Pitt.  Michael O’Meeghan’s history of the Christchurch Diocese “Held Firm by Faith” notes that “Over two seasons, with trips to Pitt Island, Noonan guided the planning and building, making the concrete blocks himself.”  Fr Kevin Burns was Bishop Ashby’s secretary at the time and made the trip to Pitt with the bishop and the Prime Minister.
Norman Kirk was invited to open the Church by Bishop Ashby since he was not only PM but also the MP for Lyttelton which included the Chatham Islands. 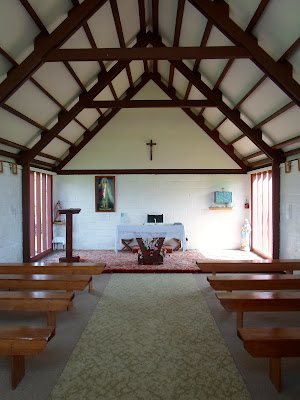 at the Pitt airfield ready for the flight back to Chatham. The only building at the field is the toilet. 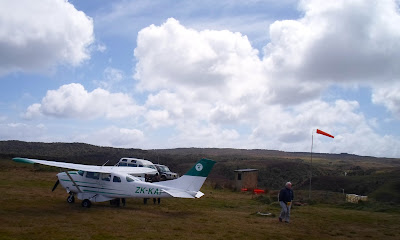 about to land back on Chatham. 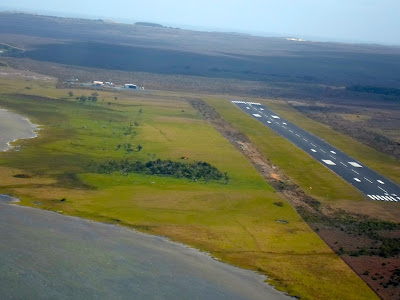 after Mass and a baptism at St. Teresa’s, Waitangi, Chatham Islands. 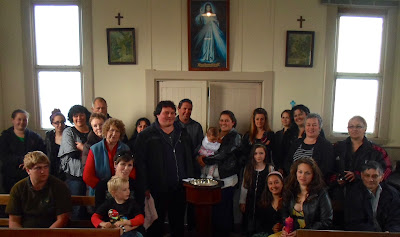 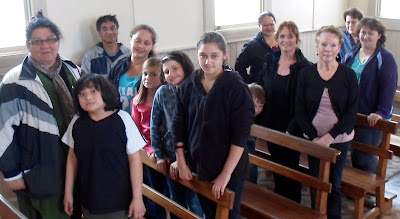 looking to the bay from the Church and presbytery