After this weekend’s Masses around the Hurunui we marked the month of Holy Souls by visiting some of the Hurunui cemeteries. It was a privilege to pray with parishioners at the graves of their loved ones.
This morning’s first visit was to the Brackenridge cemetery. A couple of weeks ago when advertising the cemetery visits, someone commented that the cemetery was in fact called “Brackenfield” which was the name of the Weld Estate on which the church was built.  This was soon clarified – while the estate was Brackenfield, the church and cemetery were at Brackenridge.
It was Frederick Weld who built the church on his estate in 1866. In 1954 the church was shifted to Amberley where it remains as the Catholic church of Amberley today. Note the difference between the first and second photos of the church below. The first is the church on the original Brackenridge site. The second is how it appears today in Amberley. Note that the bell tower was shifted to the other side of the church at the time of the shift. 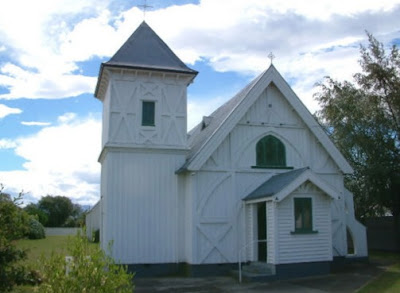 But I noted another confusion tonight when looking up some historical details of the church.  On the Christchurch Diocesan webpage the original site of the church is named “Brackenbridge.” In an 1892 article in the NZ Tablet, the site is also named as Brackenbridge. If you can give further information on this I am very happy to hear from you.
The builder of the church (and the estate) was Frederick Weld. He was a significant Catholic presence in early NZ and even served as Premier. His biography is worth reading at this link.
This morning we prayed for those who have died and are buried at the Brackenridge cemetery. May they rest in peace.

A couple of photos of the Church as it was before the move:
and as it is now 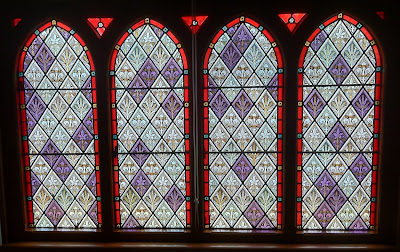 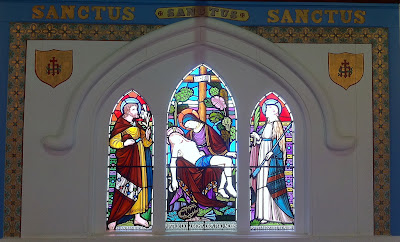