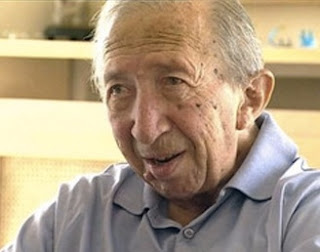 Our lives here in New Zealand changed that day. 185 of our citizens, family and friends, lost their lives. As the ground shook, our security was shaken. Many of the houses and workplaces that had provided our strong sense of home and security, became insecure, and much of the security and heritage of our city was reduced to rubble on that terrible day.

Now, two years on, our recovery has moved to the rebuilding phase. Many people have used this tragic opportunity to reassess their life direction and adjust their priorities. Others simply cling to whatever seems to offer a future. Some still wander aimlessly like the lost puppy advertising “free to a good home.” For all of us, these two-dozen months have brought uncertainty and suffering.

In these days, as we mark this eighth anniversary of Don Luigi Giussani’s death, we can’t help but think of Pope Benedict. As Fr. Julian Carron pondered earlier this week in La Repubblica, “Will anyone ask themselves who Christ is for Joseph Ratzinger, if the bond with Him led him to carry out an act of freedom this surprising.”

An “act of freedom?” Yes, for this is what Pope Benedict has done. He has acted with the freedom that is the first fruit of lived personal relationship with Jesus Christ.  The fact that no pope has resigned for 700 years did not limit him. Nor did any possible apprehension about whom he might have to watch fill his shoes. Neither of these considerations (which would inevitably have limited freedom), are worthy of too much thought. For the one who lives in Christ and with Christ and for Christ, there is true freedom.

And surely Fr. Julian this week was speaking directly to the shaky situation we find ourselves in today. He writes  ”Through His care for the Church, according to His mysterious design, Christ places a sign in the world in which everyone can see that they are not alone with their impotence. Thus, in today’s world, subject to so many rapid changes and shaken by questions of deep relevance, which often cause confusion and dismay, the Pope offers to every man a rock to which he can anchor the hope that does not fear the daily storms, allowing him to look to the future with confidence”.

And we can’t help but in these days remember that it was the then Cardinal Ratzinger who preached the homily at Don Luigi’s funeral.  Just a couple of months later he was elected to the Chair of St. Peter. It is surely no coincidence that the anniversary of his death is the day that the Church celebrates the Feast of the Chair of Peter. It is no coincidence that we hear the “rock” Gospel in this Mass: “You are Peter – and on this rock.” Of course the rock is not Peter the man. The rock can never be any human person however strong. The rock is Jesus Christ who lives and acts through every willing human instrument to bring his rock-solid stability to every human life, and to the entire world.

In his homily at Giussani’s funeral, the future Pope Benedict reminded us of the early home life of Luigi Giussani who “grew up in a home poor as far as bread was concerned, but rich with music, and thus from the start he was touched, or better, wounded, by the desire for beauty. He was not satisfied with any beauty whatever, a banal beauty, he was looking rather for Beauty itself, infinite Beauty, and thus he found Christ, in Christ true beauty, the path of life, the true joy.”

And then the Cardinal went on to describe the mature heart of Giussani, the man of faith, one who understood and appreciated that “only Christ gives meaning to the whole of our life. Fr. Giussani always kept the eyes of his life and of his heart fixed on Christ. In this way, he understood that Christianity is not an intellectual system, a packet of dogmas, the moralism. Christianity is rather an encounter, a love story; it is an event.”

Earlier this week Fr.Julian spoke at the conclusion of the Milan Mass to mark this eight anniversary of Don Luigi’s death.  His words speak to own situation here in New Zealand, since he addresses the human reality of suffering, instability, and desert life hungry for the oasis. His words are also what we need to hear in the midst of our own personal and national struggle and instability.

Today’s feast of the Chair of St. Peter, and the anniversary of Don Luigi’s death are also the heart of our New Zealand context and calling, in which we listen again as Julian reminds us: “Therefore, we cannot but renew the awareness that the grace that we received in the form of Fr. Giussani’s charism is, through our daily willingness, totally at the service of the edification of the Church, the Body of Christ, by making it present in every setting and circumstance in which the drama of human existence is played out. Thus we follow Your Eminence’s [Cardinal Scola] reminder to all the Ambrosian faithful: “Illuminated by an adult faith, Christians do not evade their duty to propose their experience and their vision regarding the big questions that our era is called to face”