Last week I received a great honour from the Brother Superior General of the De La Salle Brothers. I have been granted the honour of Affiliation, and I am moved and grateful for the privilege of being more fully a part of the De La Salle family. (link to photos here)
John Baptiste De La Salle was a French priest of the late 17th early 18th century with a passion for education. His work is continued by the LaSallian family around the world who give their lives in response to his question:

“Do you have faith that is such that it is able to touch the hearts of your students and inspire them with the Christian spirit? This is the greatest miracle you could perform and the one that God asks of you, for this is the purpose of your work.”

I have been privileged many times over the past twenty years to work for and alongside the brothers in New Zealand, Australia, Indonesia, Pakistan, Malaysia and Rome.
I invite all readers of this blog to keep the La Sallian family in your prayer as we continue the mission of education of the young, especially in areas of great need and poverty.
In the prayer that our founder prescribed for use in schools:
Live Jesus in our Hearts, forever! 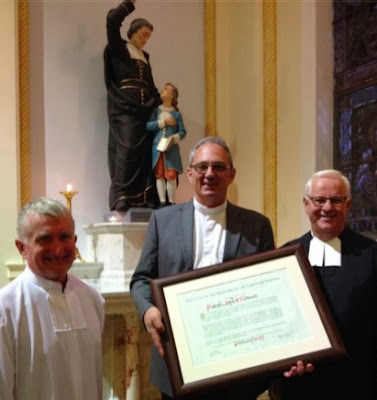