In May 1913, a year before the start of the First World War, a child was born to Evelyn and John Hurley in Limerick, Ireland. A few days later the door of faith was opened to her when she was baptised. Passing through this baptismal doorway Mary Hurley became a new creation, and for the century following she strived to live this new existence.
In 1930, as a 17 year old, Mary Hurley responded to God’s call to leave her family and the land of her birth, (never imagining that she would ever return home or see her family again) and travel to the ends of the earth to join the Christchurch (New Zealand) Sisters of Mercy. With three companions, (one of whom, Sr. M. Dymphna, taught me at St. Joseph’s school in Timaru when I was 9), she made the seven week voyage to New Zealand, landing at the port of Lyttelton, travelling by rail through the tunnel to a stopover at St. Mary’s convent. The final stage of this journey was a few miles into the country to Villa Maria convent where she knocked on the large solid door to enter the Sisters of Mercy. Just a few years ago Mary Clement told me that this same door that she knocked on, remains today.
Yesterday afternoon I had the privilege of commending Sr. Mary Clement RSM to God with the Funeral Mass of the Order of Christian Funerals.
In the gospel reading of the Mass Jesus reminded us that unless the grain of wheat falls to the ground and dies, it remains but a single grain. But if it dies, it bears much fruit. When a person is baptised, a death happens.  Some of the earliest baptismal fonts that have been excavated a built into the ground resembling cross-shaped graves. 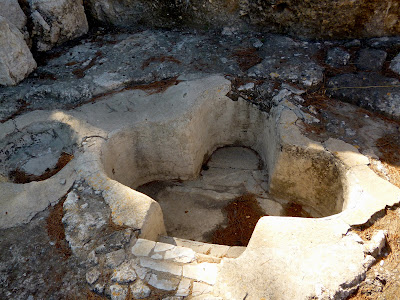 Emmaus, near Jerusalem
But a Christian knows that death is not an ending, but a beginning, a transition into life as a “new creation”.  In the death of baptism, doors open.
There was a powerful image that stayed with me as I prepared for Mary Clement’s funeral.  You may have seen the poster featuring the doors of Irish pubs. The image is a delightful one, and especially appropriate. But while the doors of a good Irish pub open the way to few hours of fine company and craic, the doorway of baptism provides entrance to the fulness of life, now and for eternity.
At her first profession as a Sister of Mercy in May 1932, Sr. Mary Clement deepened her commitment to her baptismal promises by becoming a spouse of Christ in Religious Life.
At the time of her 100th birthday earlier this year, many moments of her long life were highlighted as examples of her deep faith and gentle dignity in living as a Sister of Mercy. The Christchurch Diocesan magazine “Inform” carried a brief article (pg.13)
Now Sr. Mary Clement has completed her earthly journey, and has been called home by God. Our prayer is that she is ready and able in these hours to accept fully the mercy and eternal love of God, and live forever in this divine gaze and embrace.
And it is our sure and certain hope, as we prayed yesterday, that Mary Clement will hear the voice of her Lord welcome her: well done, good and faithful servant, enter into the fulness of life.  I suspect the Lord might not stop there but will add:  Caed Mile Failte, One hundred thousand welcomes… 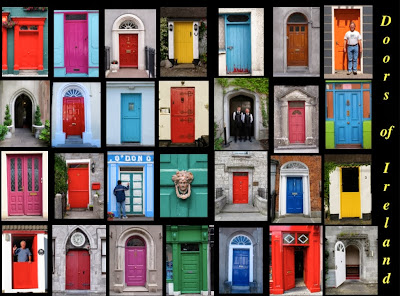