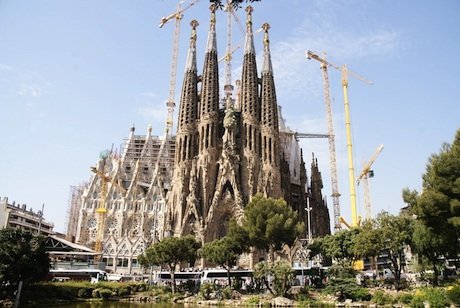 One of the must-see places in Spain is the Basilica of Sagrada Familia in Barcelona. It is 130 years since construction of this magnificent church began, and it is still many decades (at least) from completion. In the years after architect Antoni Gaudi‘s untimely death in 1926 construction work ceased as architectural fashion moved towards stark simplicity. But in more recent decades the work has resumed with many artists, architects and engineers bringing a Gaudi-like passion to the project, winning the growing support of locals and tourists who enthusiastically and generously provide funding.

Recently I found this brief 60 minutes news video clip that was broadcast in the US in March. It is a good overview of the project. Notice that New Zealander Mark Burry has a key role in the project.

Note too that the architect Antoni Gaudi was a holy man, and many are calling for him to be named a saint of the Church.