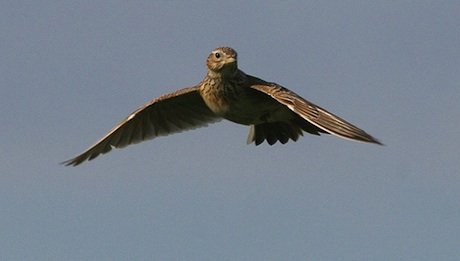 In the weeks leading up to the end of each year, Radio New Zealand’s Concert programme invites listeners to “settle the score” suggesting their favourite classical compositions. Then on New Year’s day the station plays the pieces that were voted as the top sixty works, finishing in the last sixty minutes with the most popular pieces. For as long as I can recall, one particular piece has made it to the final hour of each new year concert.

Of course many of those who vote each year have only a limited classical repertoire. If all voters  were familiar with a more broad selection, the poll would probably produce a different result. This aside, the fact that one piece is so widely favoured is significant.

The piece is Ralph Vaughan Williams “The Lark Ascending.”

Ralph Vaughan Williams was an English composer (d.1958) who is widely known in Christian circles as the composer of the common hymn tunes For all the Saints and Come Down O Love Divine. In the years just before the First World War, Vaughan Williams was inspired by George Meredith’s poem “Skylark” and composed “The Lark Ascending.”


There is nothing forced or artificial about this work. It is as if Vaughan Williams allows the lark itself to determine the notes and bars, the rises and drops of the work. This is the composer’s skill also in his hymns: the text is allowed to dictate the melody.

You might like to sit back, put your feet up and relax for fifteen minutes, to listen, and to let the lark do the work.