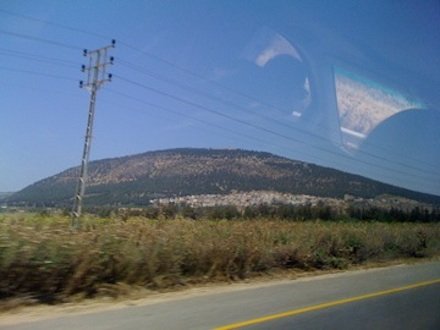 you raise me up

During the week I met a young priest new to New Zealand and on loan to the Christchurch diocese. On of his tasks of that morning had been to write the reflection for his parish newsletter for this Sunday. I was interested and he shared it with me. I was inspired. In a most captivating way he had written about the significance of today’s Gospel where Jesus takes Peter James and John up the mountain and, in their presence, is transfigured.

This priest had reflected on Edmund Hillary and Tenzing Norgay 1953 ascent of Everest, and this got me thinking about the human desire to ascend and the reason that Jesus might have taken his friends up this mount of Transfiguration. Just as an mountain-climbing aside: on a seach of Radio New Zealand’s replay radio archive I chanced upon a great Kim Hill interview with Fr. Michael Mahoney (Parish Priest of South Westland) in which he speaks about many things including his own Everest attempt. I have linked to the interview on the foodforfaith website at www.foodforfaith.org.nz.

The people of the Old Testament had a deep sense that God was with them. Their burnt offerings, with their prayers and good deeds served to please and appease the God whom they believed rewarded the good and punished the bad. They understood that their God dwelt in the heavens, and therefore the most powerful signs of God were seen in the skies: the rainbow of the Covenant after the flood, and the pillars of fire at night and daytime cloud by which God gave them direction as they journeyed from captivity to freedom.

It made sense then that if God lived in the heavens, the best way to communicate with God would be to get to higher ground. And so we find Moses climbing the mountain to speak with God who responds by giving him the gift of the law as ten commandments. When Moses came down the mount carrying these tablets of stone on which the finger of God had written, the people were delighted and enshrined the two tablets in a gold case which was then the most tangible presence of God among them. By day they carried this Ark of the Covenant and at night they camped huddled closely to the Ark since they knew that their safety was found only in God.

Throughout the Old Testament, the prophets eagerly prepared the people for an even more intimate relationship with God. In Christ, God has not only met with the holy representative of the people on the mountain top, nor just visited royalty in the palaces and high priests in their temples. In Jesus Christ, God has come to earth descending the mountain, and taking on human limitations, born to an unknown couple who were homeless travellers at the time of his birth. The accounts of the birth of Jesus vividly make the point that Mary and Joseph placed their child in the most humble of beds, in a manger, a food-basket for animals because there was no room, even at an inn.

In taking on human form, God, in Jesus, experienced all of the lowest points of human existence.  He endured the pain of being misunderstood. He suffered. In his greatest need he was abandoned, denied and betrayed by his closest friends, and was unjustly put to death as a criminal.

So what is happening when Jesus takes three of his close friends up the hill in today’s gospel? Why is the event at the heart of this reading so important that we celebrate this moment as a major feast of the Church, the Feast of the Transfiguration of Jesus on August 6 each year?

It was not enough for God to live in the heavens while his human family lived on earth. The moments of significant communication between heaven and earth, (eg Moses receiving the ten commandments) were not enough for the God who sought to be one with the people who were yearning for constant and eternal intimacy with their creator. So too, even for humans, the experience of earthly existence is unable to, even in its best moments, satisfy the deep desires of the human heart.

Jesus climbed the Mount of Transfiguration with Peter James and John representing all of humanity, to experience heaven being joined to earth or, more correctly, foretasting the joining of earth to heaven. The three apostles were overwhelmed by this encounter and fell to the ground where they lay prostrate in awe. In taking this most humble position they adopted the only appropriate posture for the sinner who comes into the presence of the divine.

As we will see throughout the scriptures of these Lenten Sundays, God continues to reach down to raise us from our earthly suffering to live today and eternally in divine glory.