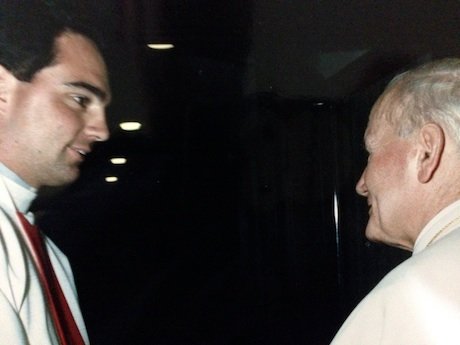 I was born during the pontificate of John XXIII. Perhaps he had some influence in my naming? As a young priest I met John Paul II and served as his deacon for the Christchurch Mass in Lancaster Park.

While I know I have met many people who are now saints, Saint John Paul II is the only one to be proclaimed as such by the church.

I hope and pray that they both remember to intercede for me regularly in the presence of God.

Saint John XXIII, pray for us