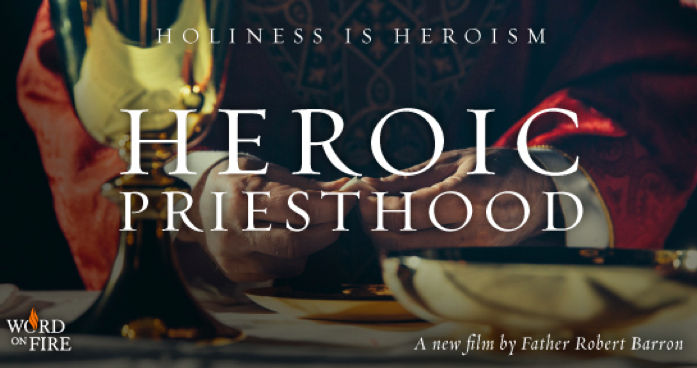 I have been privileged over the past couple of months to live and study with some of the young priests who feature in a brief new video called “Heroic Priesthood.” Tap on the image below and take ten minutes to watch this encouraging and inspiring clip.

In parish ministry I often hear older parishioners make comments like: there is a shortage of priests and this will continue, young men today don’t want to be priests, our seminaries are closing, priests are old and there are few ordinations of young men.

Such comments might have been accurate twenty years ago in the western world, but in my experience they are no longer true. These cliches of the 1980’s and early ’90’s reveal ignorance of a new and vibrant and unexpected reality.  Seminaries are filling up with good young men. Ten years ago there was one seminarian for the diocese of Christchurch. This year there are ten. Fifteen years ago a new national NZ seminary was built in Auckland to form seminarians for the next century and already it is not big enough. This promise of new life reflects significant growth in numbers of young men preparing for priesthood in Australia and especially in the United States.

People often ask me: “what’s it like to be a priest?” That is a difficult question to answer. While as a priest I “do” many things, there is much more to priesthood than the things I do.  It’s like being in love…deeply satisfying and difficult to put into words.

Every young Catholic Man (as young as high school), when considering life-choices, should consider priesthood as one of the options.

If God is calling you to be a priest, you will be happier as a priest than you could be in any other life-choice

In years past parents, grandparents and godparents prayed that one of their sons / grandsons / Godsons would respond to God’s call to serve as a priest. Now the option is rarely presented to a young man. It is time we got over our hesitation and proudly invited all young(ish) men to seriously consider whether God is nudging them towards life as a priest.

I know of someone who is today in the seminary, only because a parishioner tapped him on the shoulder out of the blue and suggested he consider if God was calling him to priesthood. That brief conversation sowed the seed and the man found the life he didn’t even know that he had been searching for!

So, forward this website link to any single young man aged between 15 and 50. If they are an active parishioner, that is helpful, but also send this link to those who may have been baptised as Catholics and have had little or no contact with the Church since. You don’t even have to add a note, just forward it to their email address…they will know who you are, and why you were thinking of them. Often this is all it takes to plant the seed and change the life.

If you are receiving this link because someone has forwarded it to you, Don’t be afraid. I (the author of this blog) am a priest, and after 29 years I can honestly say that if I had known what priesthood was like, I would not have hesitated as much as I did to respond fully to God. 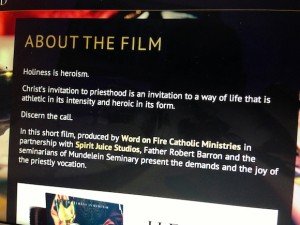 “Fishers of Men” is another video (made twelve months ago) is also inspiring. You can view it at this link: Part One & Part Two.