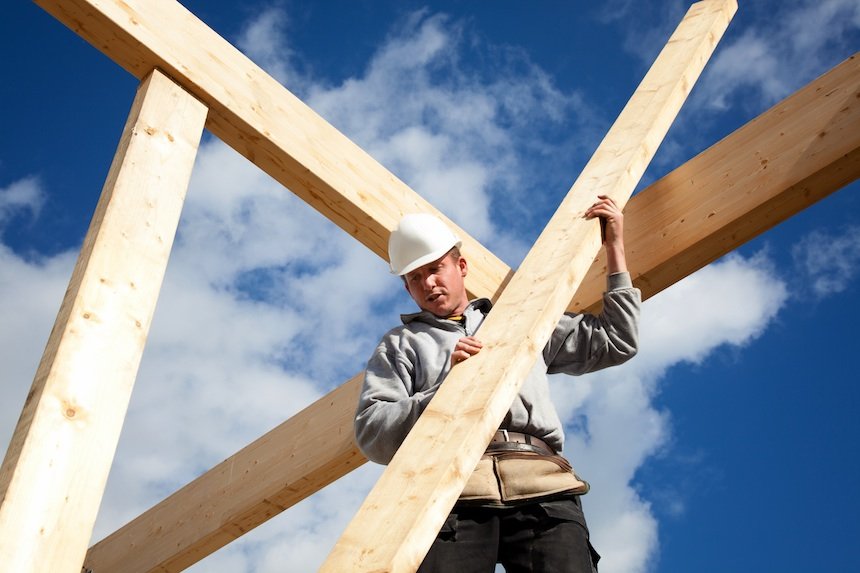 In his letter to the priests of his diocese this week, Bishop Barry Jones (Bishop of Christchurch NZ) announced that he is about to publish a document entitled “The House of God.” This document, the bishop writes, “articulates the theological understanding of Catholic church buildings.” The bishop adds that another document outlining “the diocesan process for building churches, including the critical moments of communication between the parish and the diocese throughout the process” is also being prepared.

Most significantly the bishop concludes that “in line with the recommendation of Dr. Denis McNamara, we want the skills of architects who have a proven track record for building Catholic churches in a traditional style, Local architects will considered on their ability to build traditional churches.”

The bishop’s documents are especially timely with a number of parishes about to build churches to replace those destroyed in the February 2011 earthquake.

The word “tradition” gives rise to a variety of responses and emotions. Some people rejoice in what is traditional. Other people are more cautious and even antagonistic, thinking that tradition requires leaving the present reality to nostalgically time-travel to a past era.

However the word tradition conveys much that is both beautiful and essential. Even the non-conformist modern family will have a cake with candles at a birthday party, and a cake-cutting moment at a wedding reception. The same family might also stack carefully wrapped presents under their decorated tree in the days before Christmas, and put a stocking beside the child’s bed in the expectation that Santa will come down the chimney and fill the stocking with treats. They might ceremonially cut the ham after Midnight Mass and leave some for Santa before heading for bed. These things are little, important and widespread family traditions.

Each family will also have its own ancestral traditions. My family would sit together at the table for every meal, except on Sunday evenings. Even if someone forgot and set the table, someone else would shout, “No, it’s Sunday”, and the table would quickly and without argument be abandoned!

Some family traditions are more significant. Perhaps it’s a visit to the cemetery on the anniversary of the death of a loved one to clean the headstone and place flowers. Mothers’ day might be traditionally begun by serving mum with breakfast in bed.

You will already be thinking of many of your own family traditions.

Some traditions are more communal. As the 2014 Commonwealth Games draws to a close we think of the gold medallists who have been joined by the crowds in standing for the playing of their national anthem. There is no law that says that everyone must stand for the anthem, but to remain seated is a strong and unwelcome statement of disapproval. To throw a country’s flag to the ground is likewise greatly disrespectful, and is still an offence of treason in some countries.  On Anzac Day (Memorial Day) a silent procession is always the heart of the ceremony with the laying of floral wreaths and the playing of the Last Post. These are important and widely respected traditions within many communities. Even the most non-conformist citizens respectfully and enthusiastically participate in these traditions.

Let’s take a moment to look now at some Catholic traditions. I wonder if many people see Catholic traditions in the same positive light as they do their family and secular traditions? I suspect that when most people read Bishop Barry’s call to “build Catholic Churches in a traditional style,” they will consider this to be an old-fashioned and out-dated way of thinking that will result in church buildings that do not speak to the contemporary soul.

The etymology of the word “tradition” is significant. A tradition is a “statement, belief, or practice handed down from generation to generation.” I am reminded of the opening scene from the 1964 musical Fiddler on the Roof when Tevye, the chief protagonist of the story announces: “How do we keep our balance, that I can tell you in one word: Tradition!”… Because of our traditions we’ve kept our balance for many many years…because of our traditions, everyone of us knows who he is, and what God expects us to do.”

Tevye, speaks to us today from the pale of imperial Russia at the dawn of the twentieth century (1905). His advice is timeless since “every one of us [needs to] knows who he is, and what God expects us to do.” The great news for us twenty-first century pilgrims is that we do not have to invent a persona since we are created beings, each of us made and gifted (as Cardinal Newman prays) by God who has formed every one of us for some definite service. Each of us have some mission which is unique, and is not given to anyone else. And more good news, while it might be nigh impossible to discover who I am alone, friends and family today can help me, along with past generations who have sought to know themselves across the centuries. Put simply, it is Tradition that helps us to know ourselves. This is very helpful since one of our deepest human desires is to know who we are.

A few years ago I led some sessions helping New Zealand Catholics to prepare for the Revised Order of the Mass.  (ref. ChCh Press 2010) Many people at these sessions were deeply concerned and even angry that the new Mass texts were a more literal translation of the original Latin texts, and that the use of some Latin at times was even encouraged at Mass.

I was puzzled by the strength of people’s emotions on the matter. To help us to reflect together, I asked how we might feel if a 7 year old nephew stood at a large gathering of extended family and sang a song in Gaelic after explaining that a recent class project had invited each child to research the songs that their great-great-great grandmother would have sung in her home-land and mother-tongue 200 years ago. Would we respond to his singing with negativity, explaining that great-great-great grandma was now dead and we no longer lived in Ireland or spoke Gaelic? Would we encourage him not to return to the past in this way, but to learn modern songs with up-to-date themes?  Not a chance!  More likely we would be moved to tears at such a powerful, visible and audible connection with our ancestors.  That’s tradition!

Returning to my home parish after these sessions, I decided to tell this story and encourage parishioners to view Catholic Tradition and traditions in a more positive and life-giving way. The parishioners, for the most part, responded enthusiastically and we began to sing each Sunday the Lamb of God (Agnus Dei) in Latin Gregorian chant as our Catholic ancestors would have sung for 1500 years. Then we learnt some Greek since for the first 300 years of the Christian community this was the language of the Mass, and on Sundays we then sang at parish Masses Kyrie Eleison (Lord have mercy). I thought we might make these optional and sing them only once a month, but before long some parishioners, suspecting that I might leave them out, would take the initiative and begin the chant which would then be enthusiastically picked up by the congregation. Chanting these original texts in their ancient languages, using traditional chants, helped the people of Our Lady of Victories parish understand who they are as Catholic disciples of Jesus today. That’s the power of tradition.

Perhaps this example of language and music make these vernaculars an ideal metaphor for building a Catholic church which by definition has its own vernacular language. If a Church is traditional then it will be the fruit of what is “handed down from generation to generation.” This does not mean that the building will be of a specific architectural style for example Romanesque, Byzantine, Renaissance or Gothic, but it does mean that those who build a church will have a sound knowledge of and respect for what a Catholic church is in its essence, that is, its “ontology.”

For the moment you might find this short video clip from Dr. Denis McNamara a helpful introduction to the process of church building.

Clicking on this text will take you to a Christchurch Press interview with Dr. Denis McNamara during his visit to Christchurch in August 2013

Books by Denis McNamara at this link.