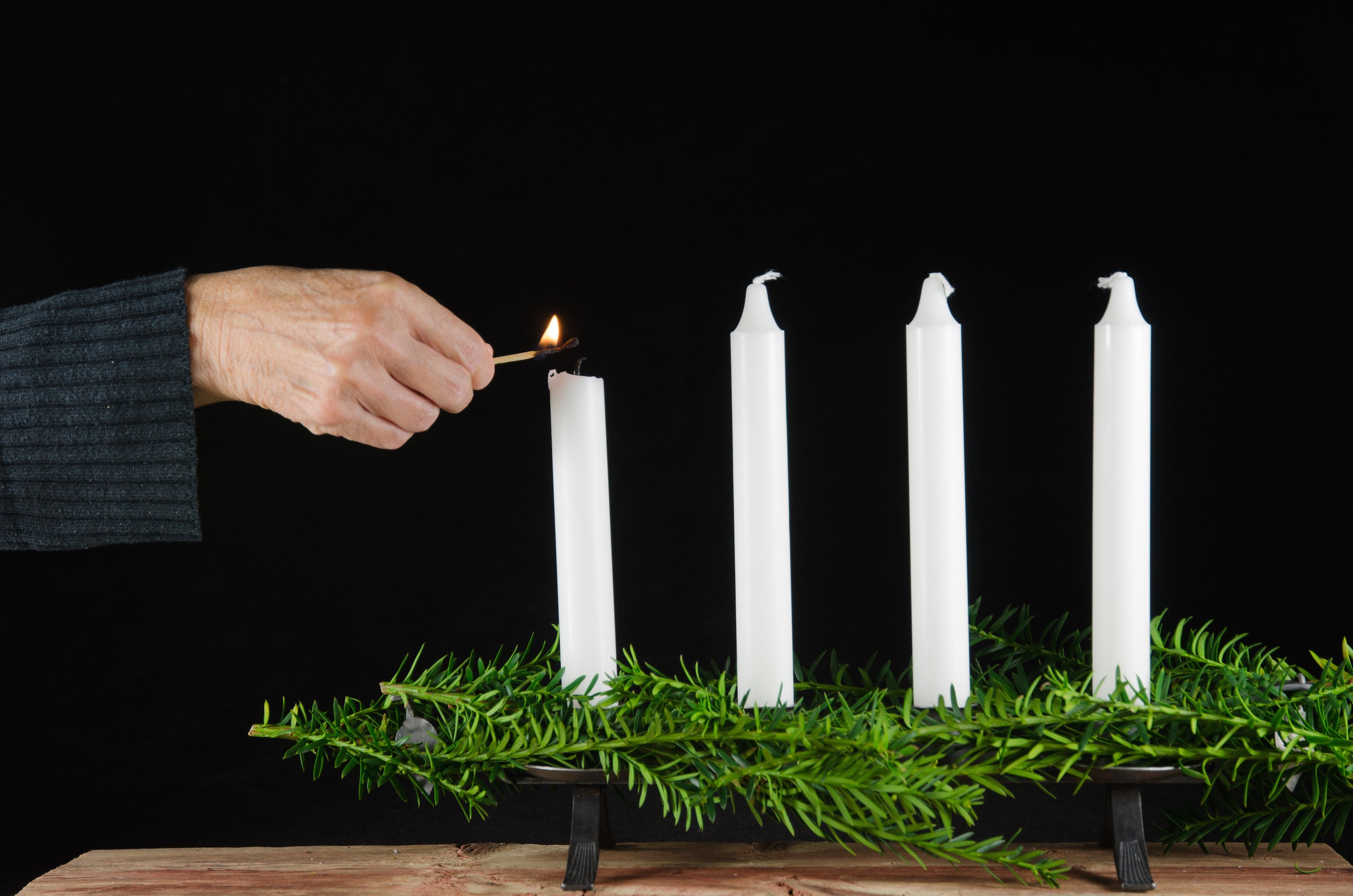 With the season of Advent a new church year begins. For a month now we will prepare for Christmas with scriptures of anticipation yearning for a deeper personal and communal experience of God-among-us.

When Christians celebrate Christmas we often focus on the Christ child as a small, weak and vulnerable baby who will grow through childhood and adolescence to the standing and stature of an adult. We are familiar with images that emphasise growth as a journey from small to big. The tiny seed becomes the great tree. Think too of the business that starts in a backyard shed with one worker and expands into the factory with a staff of one hundred. We call this success. The move from small to big is perceived as positive, whereas big becoming little is usually seen as evidence of decline.

This way of looking as small and big is limited. The big-is-beautiful idea is a worldly concept more at home in a capitalist economy than in a Christian community. While the little Christ-baby did become King of the Universe (last Sunday’s feast), his technique for growth was quite foreign to the voices of His followers who pleaded for promotion to places at his right and left in the kingdom. (Matthew 20:21), Christ the King had little in common with most earthly rulers. Instead, he was the Shepherd King, This direction of growth (big to small rather than small to big) was also incomprehensible to the Roman authorities who sought to establish the ultimate earthly empire using methods of military might and financial acumen.

Let’s take a moment to examine the real signs of human growth.

Instead of the unsatisfactory emphasis on big as better, Jesus topples this thinking with a radical return to the natural process of human life. Instead of little becoming big, our earthly journey is from the immaturity of the baby to the maturity of the frail, weak and wise pilgrim in peaceful pain on a deathbed awaiting the transition that is death. At the heart of Jesus’ Sermon on the Mount He confounds the power-brokers with a new way of thinking: Blessed are the poor in spirit, the meek, the gentle, the merciful, the peace-makers, the persecuted “for theirs is the Kingdom of Heaven”. (Matthew 5:1-11). The English poet Cecil Spring-Rice (d.1918) wrote a great poem (later set by Gustav Holst to his magnificent “Planets” melody): I vow to thee my country. The poem compares two kingdoms: an earthly realm, and the reign of God which he describes as…

…another country, I’ve heard of long ago,
Most dear to them that love her,
most great to them that know;
We may not count her armies,
we may not see her King;
Her fortress is a faithful heart,
her pride is suffering…   Wikipedia link

It is difficult for a secular humanist mentality to see the faithful and suffering heart as truly strong. But we know that the greatest human maturity is more likely to be found in the patient in a hospice bed than in a director in a company boardroom. True growth is a journey from immaturity to maturity, and the person who is most mature will often be the one who is the most humble and hidden, and who is no respecter of the signs and symbols of earthly power and domination.

How difficult it is to live this new life. As I write I am personally challenged. Our faith communities are  also  challenged. To evaluate our progress using measures of numbers is an inadequate judge of true growth. The parish might be attracting more people to Mass and the collection may have increased, but we might be missing the message of Jesus. Pope Benedict reflected on this a few years ago:

The church will become small and will have to start afresh more or less from the beginning.

She will no longer be able to inhabit many of the edifices she built in prosperity. As the number of her adherents diminishes . . . she will lose many of her social privileges. . . As a small society, [the Church] will make much bigger demands on the initiative of her individual members….

It will be hard-going for the Church, for the process of crystallization and clarification will cost her much valuable energy. It will make her poor and cause her to become the Church of the meek . . .People in a totally planned world will find themselves unspeakably lonely. If they have completely lost sight of God, they will feel the whole horror of their poverty. Then they will discover the little flock of believers as something wholly new. They will discover it as a hope that is meant for them, an answer for which they have always been searching in secret.  Faith and the Future, Pope Benedict, 2009

The Advent season begins with Jesus exhorting the disciples to “Be Watchful! Be Alert!.” I am reminded of the night prayer of the Church which continues this wake-up call: “because your enemy the devil is prowling like a roaring lion, looking for someone to eat.” When rumour, gossip and negativity pervade a community, immaturity of faith is evident. In such a climate the devil can relax because we have become his disciples doing his divisive and fear-filled work for him. Let us together adopt a zero-tolerance for such evil.

Earthly life has natural and healthy rhythms. The immature seeds of spring mature to flower bearing fruit in the summer before fading in the autumn. In any community, those who have carried the responsibilities of parish life at one time step aside leaving fertile foundations for the next generation. Some parishioners move from the parish to take up work or family responsibilities in other places. Some will leave blaming the pope or the priest. New parishioners arrive bringing their gifts and commitment. After the pattern of all maturing organisms, a healthy community of faith grows, moving forward, guided by the Spirit of Christ and working with those who are willing to live in intimacy with Jesus now and into the future. 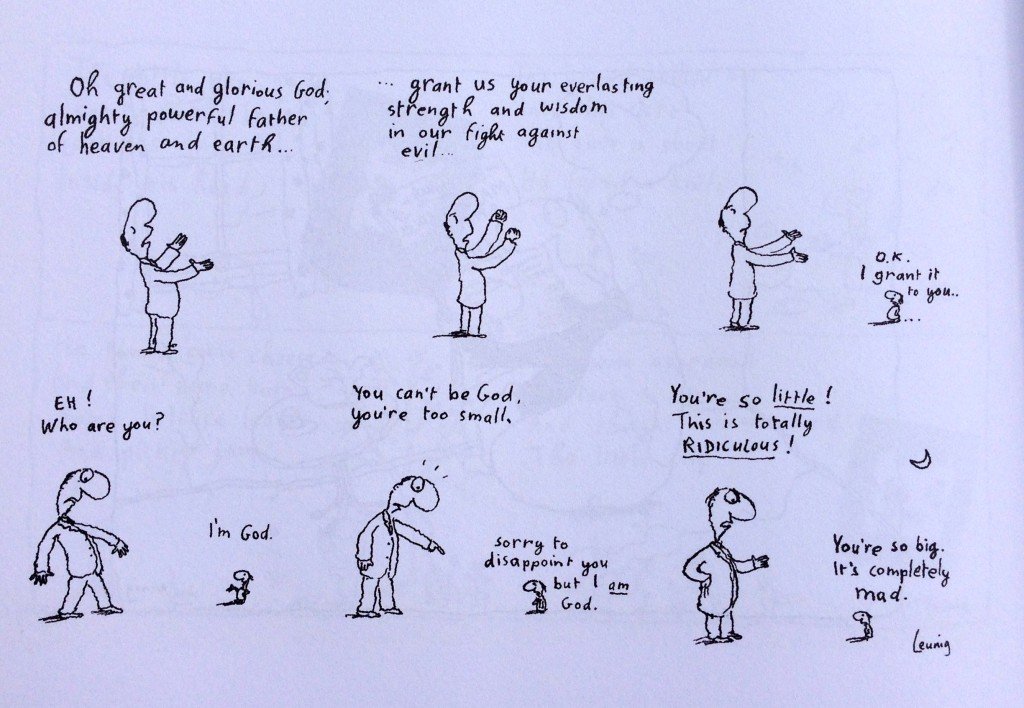 with thanks to Michael Leunig www.leunig.com.au