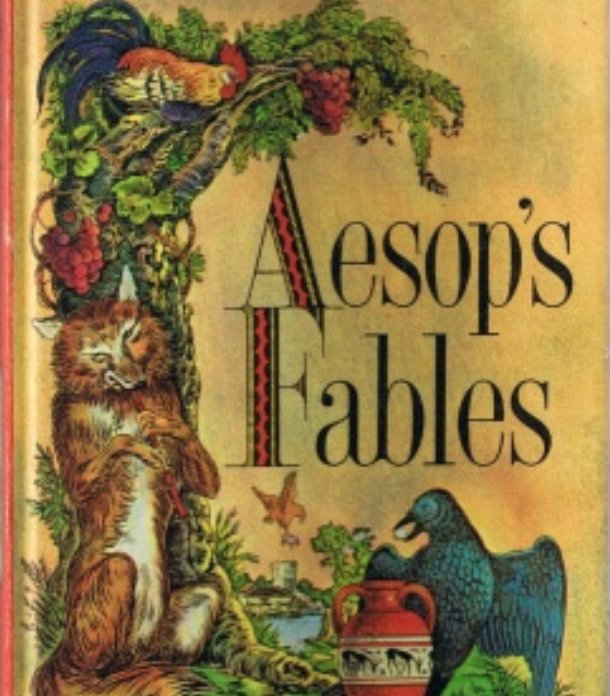 For my seventh birthday my Godmother gave me my first book without pictures. It was called simply “Aesop’s Fables,” a title made up of two words that I had never heard before. I remember wondering if I would ever be able to read it without the images that usually guided me through books with lots of words. It seemed a lot easier when someone told me that Aesop was a man and a fable is a story in which animals and forces of nature (like the sun and the wind) act and speak like humans.

A few years later, when I was very familiar with every fable in the book, I became curious about the writer himself and discovered that he lived in Greece about 600 years before Christ. As a writer of such stories his job definition labels him a “fabulist,” that is, a writer of fables. What a great title for a career: “fabulist!”

Some of the earliest books I had been given as a child were of Bible stories for Children. By the time I turned seven and began to read Aesop’s Fables I was already familiar with Adam and Eve, their Eden paradise and the first sin, Noah and his Ark, Abraham, Joseph and his amazing technicolour dreamcoat, and Moses’ many adventures: the burning bush, Egyptian plagues, ten commandments and arrival in the promised land of milk and honey. I also had some books of New Testament stories where I met Jesus and travelled with him from birth to his suffering, death and resurrection. Even at this young age I knew that death was more a transition than an end. My knowledge of these bible accounts of the action of God in the world added to my childhood interest on Sunday’s at Mass when I would hear and recognise the stories from my books being read aloud by the readers and the priest. Later I discovered the ancient history of the tangata whenua of our own land where many of the same life, death resurrection themes are communicated.

All of these great stories speak of the reality of human triumph over evil actions and words, and of the power of natural forces (wind, fire and earthquake) to wake people up to an even more powerful reality of the presence of God who calms the winds and waters and stills the earth.

One of the greatest stories of all time is today’s first reading of Noah and his Ark. We pick up the story after the flood when God is renewing his relationship with those he has saved, not just by simple legal contract, but in a covenant of love with the extraordinary sign of the rainbow as a vivid reminder:

It is important to educate small children with the complete richness of tradition of life-giving themes, especially those which show new life and renewed hope emerging through a time of hardship. Teaching children about how to avoid unnecessary hardship (by good morals and values) is also essential. Our hope is that future generations don’t suffer as much as we have, and our ancestors give us wise advice and law in this regard.

It is unfortunate that most young children today (including Catholic children) know very little about the great Bible stories. If I ask a ten year old to tell me about man named Joseph in the Bible they may well know about the Holy Family and the Bethlehem birth of Jesus, but it is unlikely that they have ever heard of the Joseph who wore a brightly coloured coat and was sold into slavery by his jealous brothers. This is a great Old Testament account of divine power using weak human instruments to bring new life from tragedy, and a captivating story that children enjoy and understand.

It is one thing to see these resurrection events in the lives of others, but we only benefit when we experience these divine rhythms of life in the natural world: from the “dead” branch of winter emerges the buds and blossoms of spring, then the leaves and fruit of summer.

In today’s Gospel Jesus enters his own Lenten desert time of forty days of fasting and prayer. There he was tempted, but also in this place of dryness he faced his fears and discovered anew the power to be found in total dependance on God.

Lent invites Catholics into a season of new life allowing the Bible account of the reality of the life, suffering, death and resurrection of Jesus to bring hope to our own struggles and anxieties. If we fail to see this personal experience of the life of Jesus in the pattern of our own life experience, our Catholic lives are little more than religious adherence, and have not become personal faith.

A few weeks ago I shared the comment of the evangelical pastor who said that he loved it when ex-Catholics joined his church because they knew a lot about Jesus but had never met him. The comment is unfair, but we take it as a challenge to make sure that in these Lenten weeks we allow ourselves to live fully by seeking Jesus above all else.

Aesop’s Fables provide good moral lessons for life, but neither Aesop nor his stories can save us. The Bible accounts of the action of God in the lives of people especially in the person of God-with-us in Jesus Christ tell of the one who can save, and who is saving us in 2015. 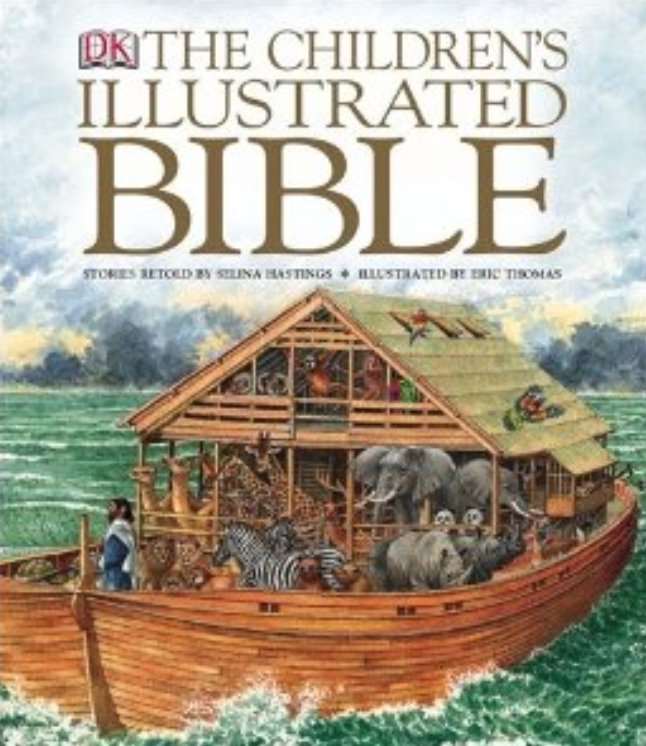