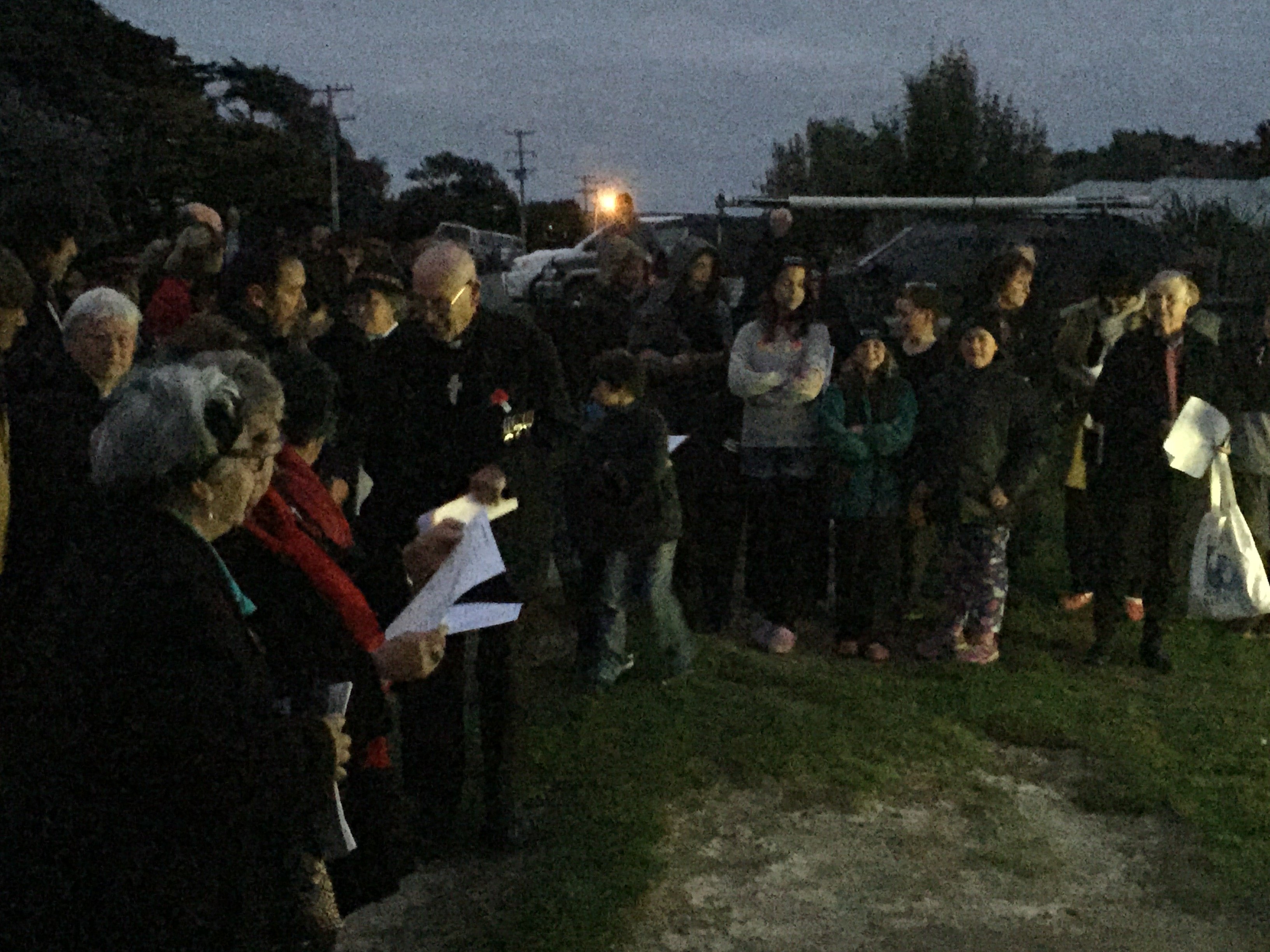 Before dawn this morning here on the Chatham Islands, the Islanders gathered to remember that one morning before dawn 100 years ago this morning, New Zealand and Australian troops waded ashore at Gallipoli. In the following eight months 2779 New Zealand Soldiers were killed in the tragic Gallipoli battles. The total population of New Zealand at this time was just over 1 million.

This morning at our Chatham dawn service, we heard the reflection Turkish Colonel Ataturk wrote in tribute to the Anzacs killed at Gallipoli.:

Those heroes that shed their blood and lost their lives … You are now lying in the soil of a friendly country. Therefore rest in peace. There is no difference between the Johnnies and the Mehmets to us where they lie side by side here in this country of ours … You, the mothers who sent their sons from faraway countries, wipe away your tears; your sons are now lying in our bosom and are in peace. After having lost their lives on this land they have become our sons as well.

As Pope Francis reflected on the 100th anniversary of the start of the First World War (September 13 2014):

War is madness. Whereas God carries forward the work of creation, and we men and women are called to participate in his work, war destroys. It also ruins the most beautiful work of his hands: human beings. War ruins everything, even the bonds between brothers. War is irrational; its only plan is to bring destruction: it seeks to grow by destroying.

This morning at the Chatham dawn service, I introduced our communal praying of the Our Father reflecting that this would have been the only prayer that all the New Zealand troops could have prayed together, even across the barriers of language. This morning we prayed the Our Father together for all who have died in war, that they may rest in peace.

You might like to take a moment right now to pray one Our Father for those who have died in war.

May they rest in peace.