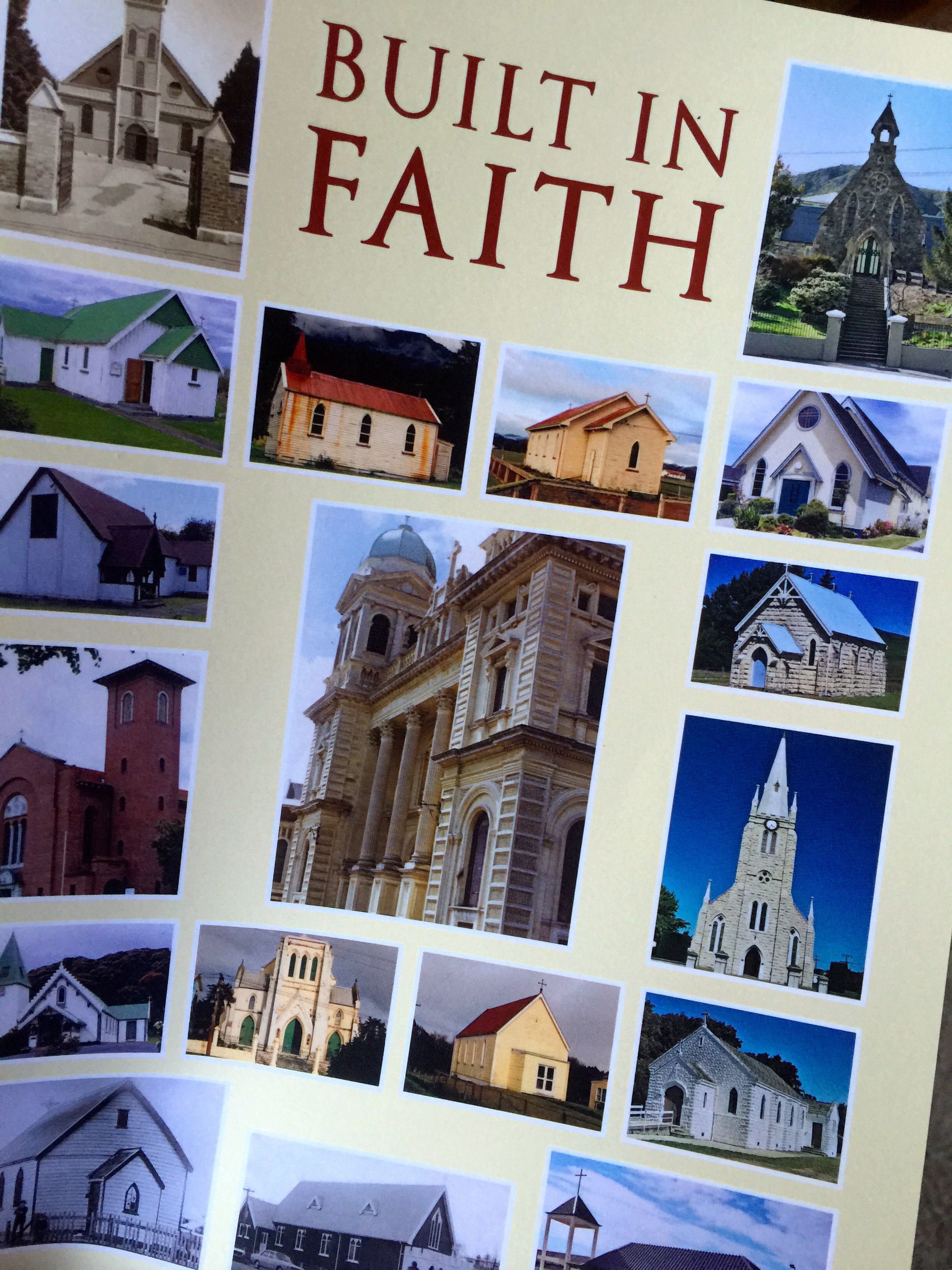 Ten years ago, to mark the centenary of the opening of Christchurch’s Cathedral of the Blessed Sacrament, Michael Hanrahan wrote “A Suitable Temple” – the history of the building and life of the Cathedral. We could never have imagined that just five years later the Cathedral would stand in ruins facing an uncertain future.

Last week’s announcement that every effort will be made to save the nave of the Cathedral (which is the only section still standing albeit in badly damaged form) is welcome news. Without a doubt it would have been a cheaper and easier option to demolish the remaining ruins and start from scratch to erect a new Cathedral. While it is appropriate for a community to start again when they intend to build better (as Catholics had twice before on the Barbadoes Street site), today we know that while the prevailing secular mindset in our city has not questioned budgets of $85million for the new Christchurch library, $127.5m for the restoration of the Town Hall and $500m for a sports stadium, it is unlikely that people would be willing to provide an appropriate budget to build a new and suitable Cathedral for the diocese.

The “Jesus was born in stable therefore…” argument is often proffered by Catholics who oppose spending on church building and restoration. But it bears pondering that our ancestors while living in poverty in simple and cheaply constructed homes would give with extraordinary generosity to ensure that the dwelling place of God in their midst was a suitably magnificent temple. These people understood that a Catholic Church was literally God’s house, and therefore the inscription above our Cathedral doors appropriately reads “Ecce Tabernaculum Dei Cum Hominibus” (as translated by Monsignor James Harrington preaching at the Cathedral centenary Mass in 2005)  “Behold, here God lives among people”).

At the same time as people promote the construction of low-cost, even multi-purpose buildings to serve as churches, it is common for modern homes to be built using quality materials, with hard-wood flooring and fittings, stone, marble and slate with high ceilings and columns, the materials once reserved for churches. It was usual for a church built a century ago to cost the price of dozens and even hundreds of homes. Today we tend to budget the price of half a dozen cheap homes when we come to build a new parish church.

In another of his local Catholic histories “Built in Faith”, Michael Hanrahan begins the introduction to his book quoting the Irish-born author Patrick O’Donovan (d.1981):

“They do it every morning…their utensils stand on stones that contain calcified fragments of those who are believed to have been killed because they refused to live a lie… A man bends over a piece of unleavened bread and over a silver gilt cup with a little wine and water in it and he pronounces a formula more terrible than the sound of guns. Hoc est enim, it runs in part, corpus meum. And the majority of Christians believe that God Himself is immediate and present, not in the way that He is everywhere anyway, but in the same way that a man is there in the same room.”

This is the event that we call the “Blessed Sacrament.” Whenever the Mass is celebrated, God is truly present in the form of bread and wine and this divine presence is the ultimate reality.

Martyrs – for the Eucharist

Sixteen hundred and one years to the day before the dedication of the Cathedral of the Blessed Sacrament, on 12 February 304, forty-nine Christians were on trial in the North-African town of Abitanae for celebrating the Mass despite the explicit prohibition of the Emperor Diocletian. As the 49 were sentenced to death, one of the group, Emeritus, explained their disobedience announcing “without the Eucharist, we cannot live.”

The local Christchurch newspaper (Star) on 20 March 1899 reports the delight of Pope Leo XIII when Bishop Grimes met with him to tell him of the Cathedral plans: “The Pope was deeply impressed on being told that the present church was dedicated to the Holy Sacrament of the Altar.” Six years later at the dedication Mass of the Cathedral, Archbishop Kelly (Coadjutor of Sydney) in his homily emphasised the “Blessed Sacrament dedication for its “sublimity, the tenderness, and the blessedness…under which this Cathedral-Basilica was made over to the worship of God – that of the Most Blessed Sacrament – in other words, Christ ever present under the appearances of bread and wine, perpetuating the sacrifice of Calvary on behalf of mankind without distinction, imparting to the faithful His own Flesh and Blood in communion of substances and of spirits, as our solace in exile and our attic to eternity. This is the day which the Lord hath made, let us be glad and rejoice therein.”

Now I am not sure how many readers have made it this far reading through this history and theology. But this broad context is important, especially since most Catholics who were born after 1960 have little knowledge of the significance of the Eucharist beyond a shared meal of faithful Christians. Our local Hurunui ancestors in faith built six beautiful and suitable temples to be the dwelling places of God in the Hurunui. For well over a century these temples have been havens, sanctuaries of peace for those who seek encounter with God. These faith-full ancestors saw sacrifice as the heart of Catholic life, not because they were adding “sacrifice” to their life’s experience and vocabulary, but because every healthy loving human life is essentially and necessarily a sacrificial existence: the loving parent sacrifices for the child, the loving spouse for the husband or wife, the martyr for the cause.

Today’s feast of this most Blessed Sacrament of the Eucharist, the body and blood of Jesus Christ, calls us in our complex present earthly realities to live and breathe in every moment the event by which Jesus has saved us. We who receive Jesus into our lives in the Blessed Sacrament of communion at Mass, are opening our lives to the abundance of divine life which this sacrament makes present.