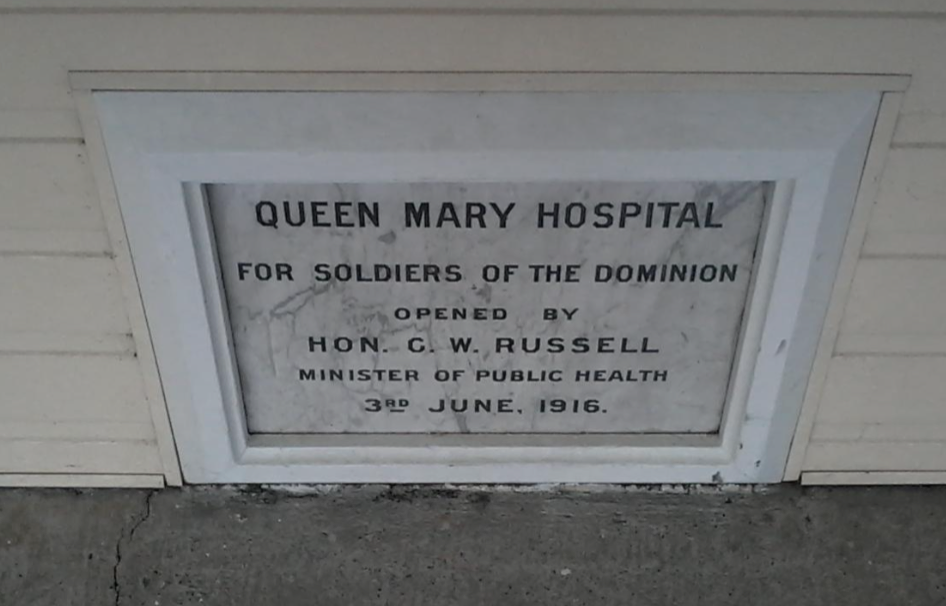 This past weekend in Hanmer Springs people gathered to mark the centenary of the opening of the Soldier’s Block built to provide care for military personnel returning from the first war. There are a number of photos and comments at the Soldiers Block Facebook page.

The centenary website comments: “A Category 1 Historic Site, ‘the Soldiers’ Block was built in 1916 to care for returned soldiers suffering shell shock and other war-related neuroses. By Easter 1917, the Soldiers’ Block housed nearly 100 men. From June 1919 until December 1921, 1,134 soldiers and ex-soldiers were treated for functional nervous disorders”. Currently this block and the Nurses Home and Chisholm Ward (both built 1920’s) are empty in hope of redevelopment. There is a management plan for the historic reserve in place.

The first video clip below gives a taste of the history and the life of the Hanmer Queen Mary complex, and a second video at this link shows highlights from the weekend parade through the Queen Mary grounds.

The cost of any war cannot be reduced to the number of lives lost or the financial cost. Many of those who were admitted to Queen Mary Hospital on their return from war never fully recovered their physical or emotional health. They and their families carried their wounds and scars for the rest of their lives.

The second life of the hospital was as a drug and alcohol rehabilitation centre finally closing and left abandoned in 2003.

For the ninety years of the life of the hospital St. Roch’s Catholic church has been closely associate with the hospital, with the priest often working closely with the hospital in the care for patients. St. Roch is a patron of those suffering poor health, and also of those who work in the health field.

It is timely as we also remember those who provided health care for the residents over the years that I add to an early post on Queen Mary Hospital. You can read it at this link. I am grateful to a Food For Faith reader who emailed me later with further information about Dr. Jock Sutherland:

I have just read your reference to Dr Jock Sutherland in a recent FFF entry. Hanmer people may well have told you by now, but in case not; Jock was a greatly loved and respected Doctor in Hanmer who was murdered while working with the Red Cross in Karabakh, Pakistan… Jock’s was a death which significantly impacted the entire district and also of course, the Hospital community.