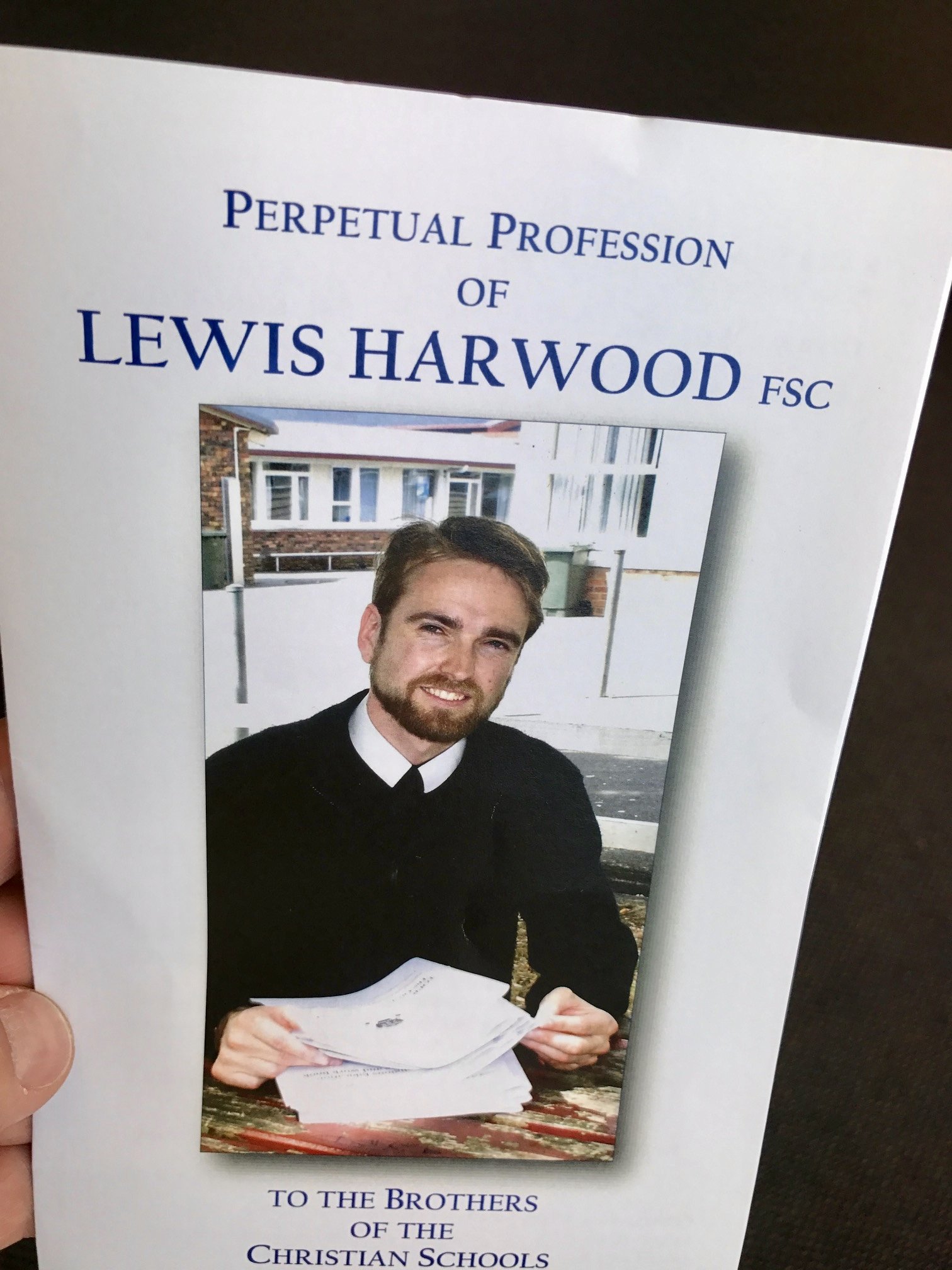 It was a great joy for me today to be present for the Perpetual Profession of de la Salle Brother Lewis Harwood FSC in the parish church of St. Therese, Mangere East.  Lewis is currently on the teaching staff at De La Salle College and is originally from Australia.

Last night Lewis’ family gathered with the brothers for a meal and an opportunity to express our support and gratitude to Lewis for his generosity in taking this step. Today, during Mass, Lewis made his solemn vows.

There was much that was deeply moving about these celebrations. The brothers had gathered as a family, and I was moved to hear Lewis refer to me as a part of family. Three years ago I formally became a part of the de la Salle when I was granted Letters of Affiliation.  Today twenty brothers had gathered from throughout the province, NZ, Australia, Papua New Guinea, Pakistan, with some brothers making the journey from Bethlehem and from the USA.  It was good for me to be with family today.

It was inspiring to experience the enthusiasm of Lewis’ “yes” to God, and his passion for teaching. While many Religious communities moved out of schools a few decades ago. the de la Salle brothers of the Christian schools have remained firmly committed to the education of the young. The fruits of their ministry among young people abound around the world.

Lewis you have our prayer and our support. And, as you said on several occasions today and last night to us, we say back to you: We love you! 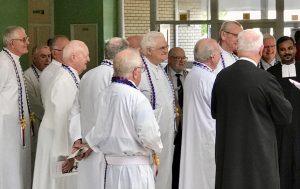