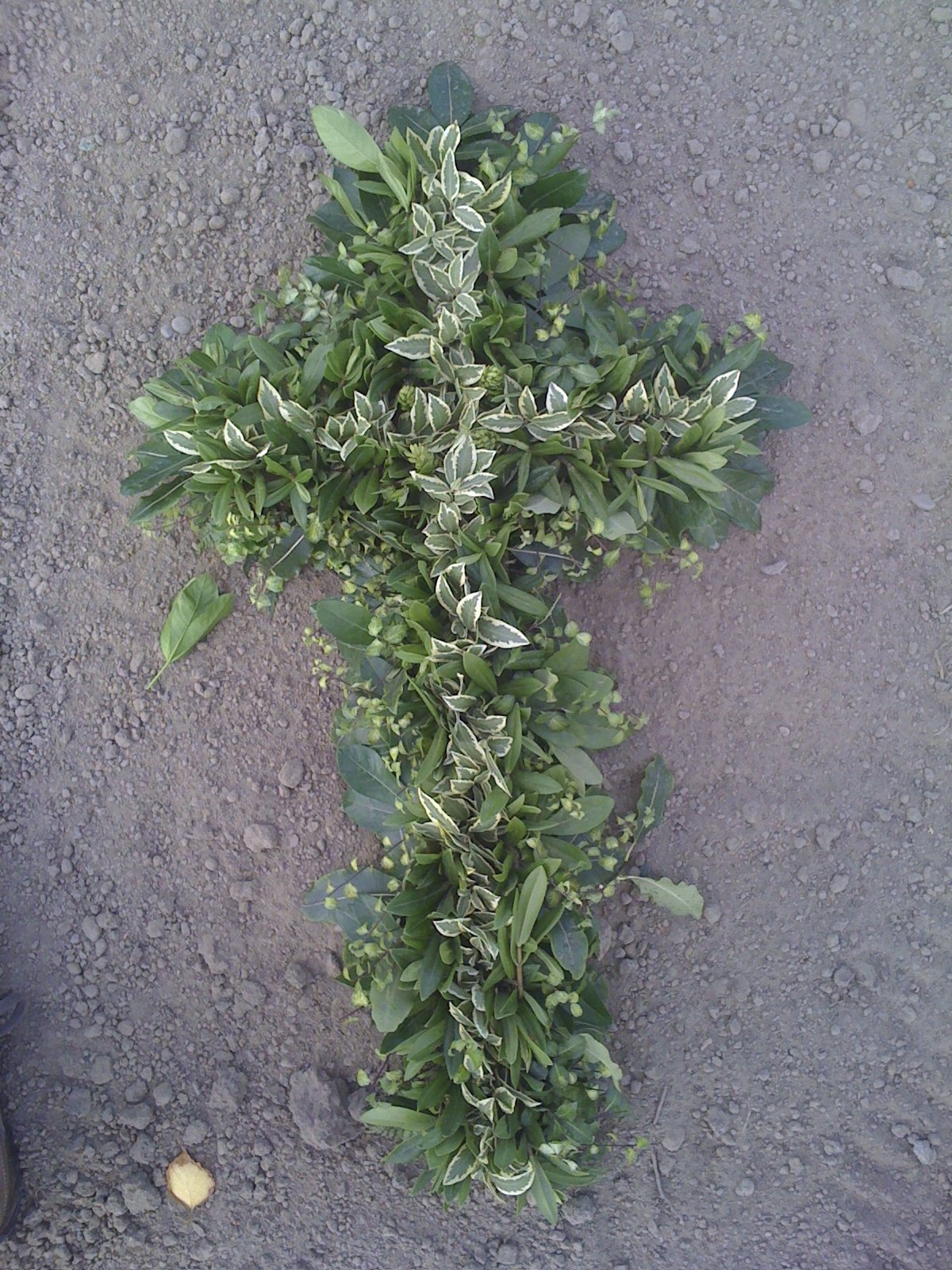 Every week I spend time with people who are carrying the burden of grief. I know that there is little I can do or say to ease the pain. While I learnt some grief theory and pastoral practice in seminary, and for thirty years as a priest have accompanied people who are coming to terms with the death of a loved one, my real education came with the death of my own parents.

These two days, 9 & 10 February are significant anniversary days for me.  Eight years ago on February 10 my mother died after a struggle with cancer that lasted many years. One year later, on Feburary 9,  after three intensely difficult months of illness, my father died.

The day after my father’s funeral I returned to my parents’ grave. I sat there for some time, overwhelmed with sadness, and moved by the simplicity of their last resting place; bare earth, a simple wooden cross with a name, and the green cross that had rested on dad’s coffin during the Funeral Mass.

A couple of days later the cross of green branches was also dead.

While I felt sadness at their grave, and still do whenever I visit, that day after the funeral I remember a deep joy as I knew beyond all doubt that both my father and mother were now in God’s kind keeping, and I prayed that they were able to accept the fullness of God’s welcome and embrace for eternity.

The joy when I remember my parents is not there every day. Often there are regrets because there was much I could have said or done for my parents, but did not do or say. Some days the sadness as I recall their struggle with illness and my powerlessness to lessen their pain is the overwhelming memory.

As Monsignor Tom Liddy, well known priest of the diocese of Christchurch Diocese who died in January 2001 wrote as the heading on his own Last Will and Testament:

[their] soul[s] to God
[their] bod[ies] to the earth,
May they be in God’s kind keeping
until the day of the resurrection. 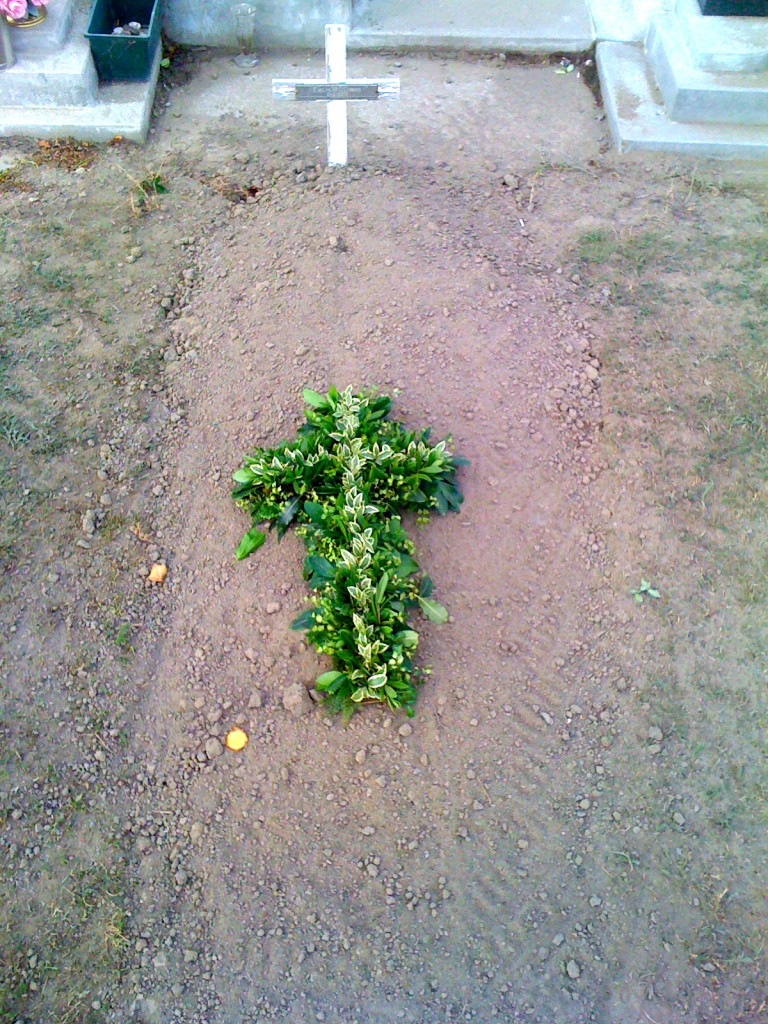 may they rest in peace.