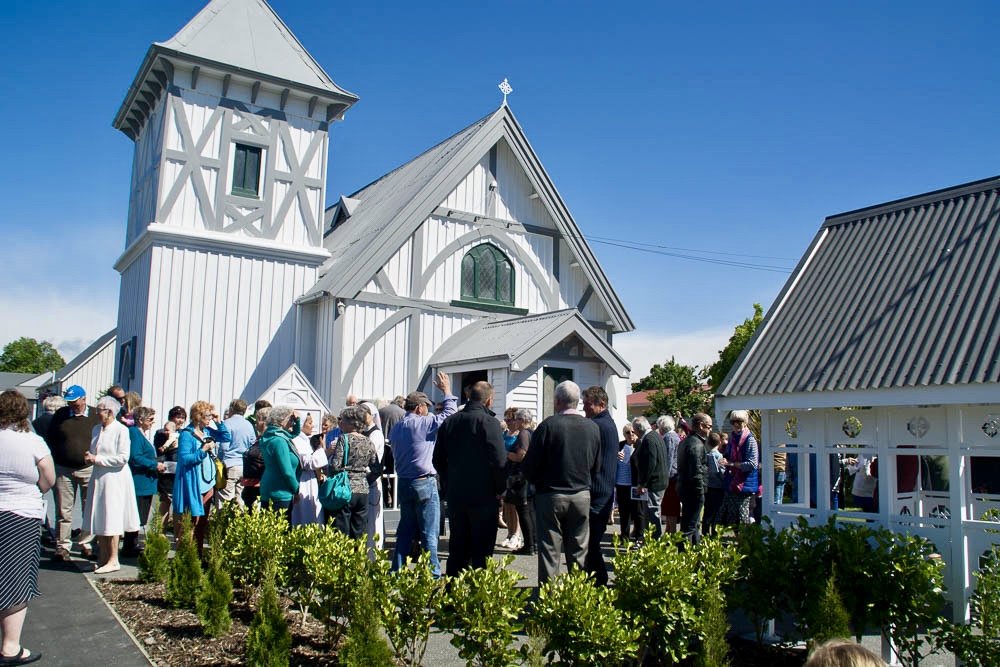 Something a bit different today from the life of a country priest.

Yesterday morning we celebrated the Sunday 10.00am Amberley Mass in the meeting room behind the church. It was a bit cramped but all for a good cause since the historic Amberley Church of the Holy Passion of the Lord is being tidied up inside with some painting and long-overdue maintenance. Next weekend this stage of the work should be complete and I will share photos of the restoration.

Two years ago the parish celebrated the 150th anniversary of the opening of the church. It was originally built as the private chapel for the Weld family at their Brackenfield estate five minutes drive from the Amberley township. In the mid 1950’s the church was shifted to its present site and became the Catholic Church for Amberley,

A significant part of the centenary booklet published fifty years ago focussed on Frederick Weld as the builder of the church. From all accounts he was a remarkable man. It is rare to have a church that was built by the Prime Minister of a country: Weld was Premier of New Zealand for just under a year until late in 1865 and left the country in 1867 returning to England before a couple of years later taking up the post of Governor of Western Australia.

More recently I have become fascinated with the life story of Frederick’s wife Filumena. She and her husband were married in England in March 1859. Like her husband, Mena was a devout Catholic, but little more is said about her and her life is usually reduced to a throw-away side-line: “a gentle retiring creature, noted for her extreme piety”.

One account lists her children, naming the first five but then the author seems to weary of the lengthy list and simply adds “and eight more” – a total of thirteen.

Heather Vose an Australian historian researched the life of Mena intending to publish a biography, but at her death in 1990 the work was incomplete and it was left to her husband Noel to finish and publish the work in 2013.

One of the many stories to surface is the account of her husband’s transfer from Perth to Hobart soon before the birth of one of the children. Mena waited in Perth to give birth before boarding a ship to sail to meet her husband in Hobart. Not too far out from Perth the crew of the ship were unable to sail further due to the effects of alcohol. It was Mena who took the helm and safely sailed the ship with its passengers, crew and cargo around the southern part of Australia to dock safely in Hobart.

One further insight comes from her death-bed. After the death of her husband, Filumena became a nun in the Benedictine convent where one of her daughters was prioress and her priest son was present. Mena therefore ended her life as Sr. Gertrude Dolores OSB.

The prologue of the Vose biography records a moment that captures the humour and faith of the woman: “The Prioress remembered her sense of humour. Only the other day she had opened her eyes after a spell of great weakness to express disappointment at still being there, adding with a laugh, ‘I only want to go when our dear Lord wishes. If I went before, He would say to me, “What are you doing here?” and I might have to stand at the door, which would be worse than lying here on my bed”

Too often history is written from a narrow or biased perspective. This was perhaps inevitable when popular recorded history was made up of violent battles and victors and losers. But human life is much more complex and rich than lists of dates and achievements can ever convey.

Given that Frederick Weld was serving in the NZ parliament when he owned Brackenfield estate, it is likely that credit for the existence of the beautiful Amberley church belongs to Filumena. There was an earlier chapel (appearing in one of Frederick’s paintings alongside the homestead) which the existing church replaced, and the church we have today was built just as Weld was finishing as Premier.

Perhaps it was Mena who was determined that God have such a beautiful dwelling place in the Hurunui?

Filumena and Frederick Weld are rightly esteemed as a founding family of our Catholic parish of the Good Shepherd. We Are grateful to them, and to the generations of people who continue to build the house of God in our midst.

The contribution of Filumena and Frederick Weld to the faith of the Hurunui region was significant, and there are many similarly passionate and faith-filled people alive today. Every age brings new energy and enthusiasm for faith, often through one or two people who have their gaze fixed on Christ

Perhaps you are called to be one of today’s notable founders of a renewal of faith? 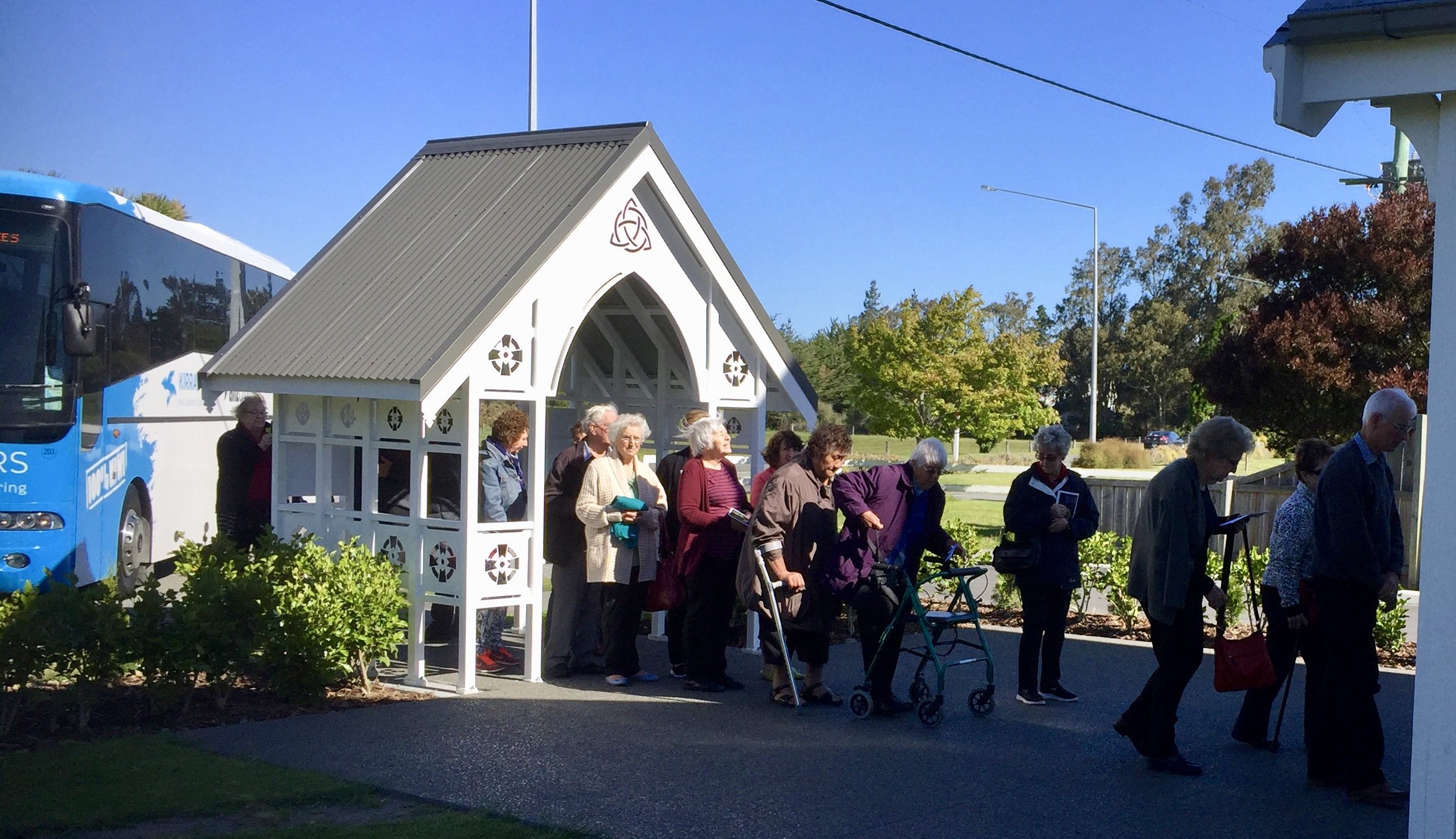