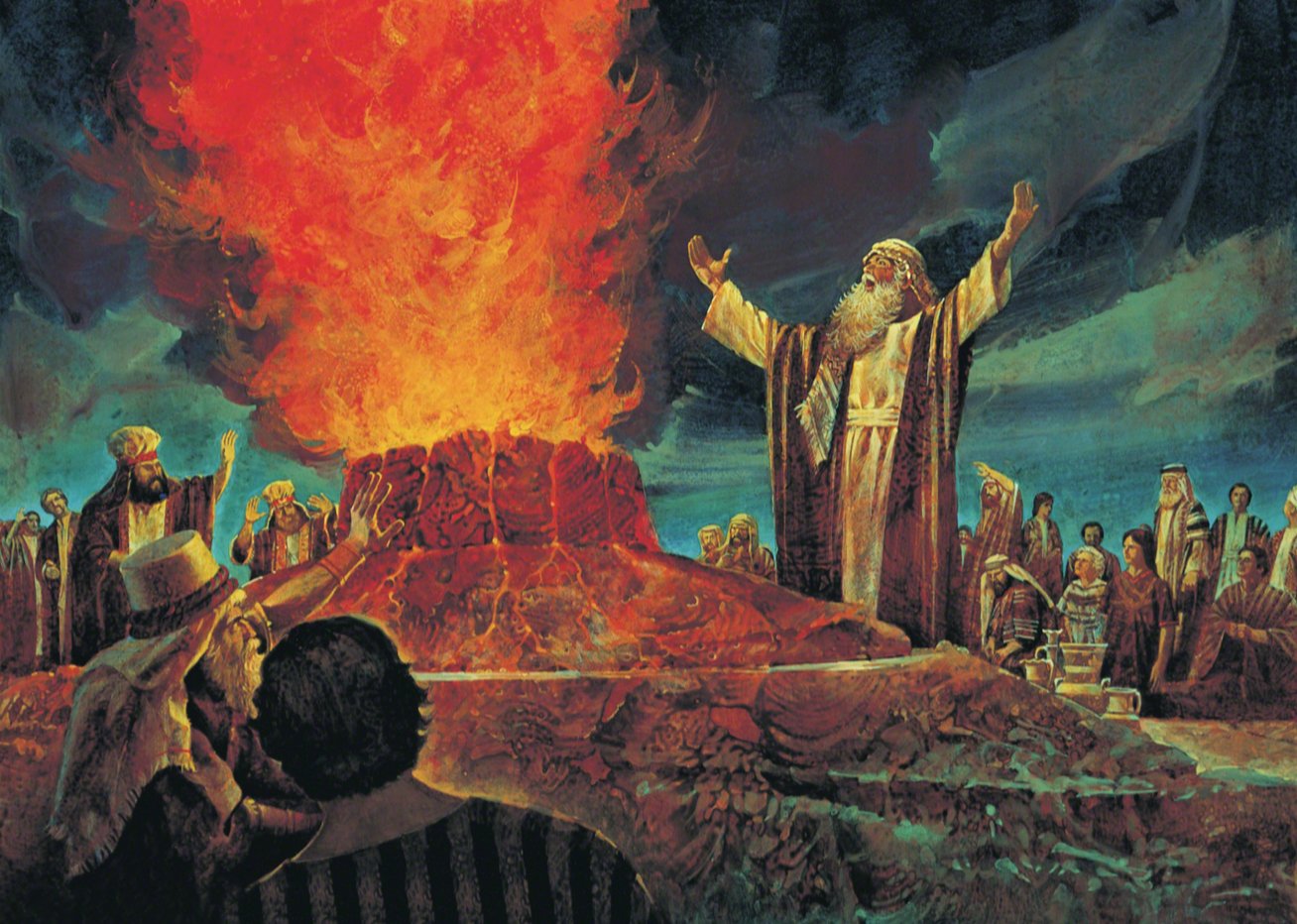 Mount Carmel was a significant place for the prophets of Israel, especially Elijah 900 years before Christ. (you can read more about this in the first and second book of Kings, especially 1 Kg 18-19).  The section that is today’s first reading is one of the many great adventures in the Bible and ideal as a children’s story – with the advantage that it is not fantasy like most children’s tales, but a fact of the power of God. You can watch the children’s video clip of the account at this link.

In the face of the pressures of society, Elijah called the leadership and the people of Israel to make a choice between God and evil. While many people were expressing a belief in God and following the letter of the law of God, mostly they were keeping a foot in both camps.

The burden of proof of God’s power seemed to fall to Elijah so he agreed to let those who followed the pagan ‘god’ Baal to set a fire with an animal offering ready for sacrifice, but not to light the fire. Then the followers of Baal ‘prayed’ and danced and sang and jumped about in pleading to Baal that he (direct from his ‘heaven’) would send flame to light the fire.

So they prayed as hard as they could. 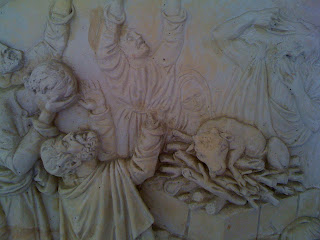 Now it was Elijha’s turn.

Elijah had a fire with animal offering prepared. To add even more drama he got his people to flood the wood and sacrifice with water.

Then he gently called on God who immediately sent flames to set the fire alight.

The power of God was seen by all. 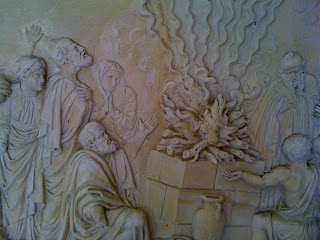 Today we face the same temptation; to think that the things that are important in life, are the one essential thing. It is true that family and friends, work and security are important. But the way to achieve what we desire is to seek God above all else…and all these other things will be provided for us.

It is significant too that Elijah’s prayer was effortless compared to the energy expended by the pagans. Elijah seemed to know this already – that prayer is a surging of the heart (St. Therese of Lisieux) rather than an attempt to twist the divine arm through any means possible. 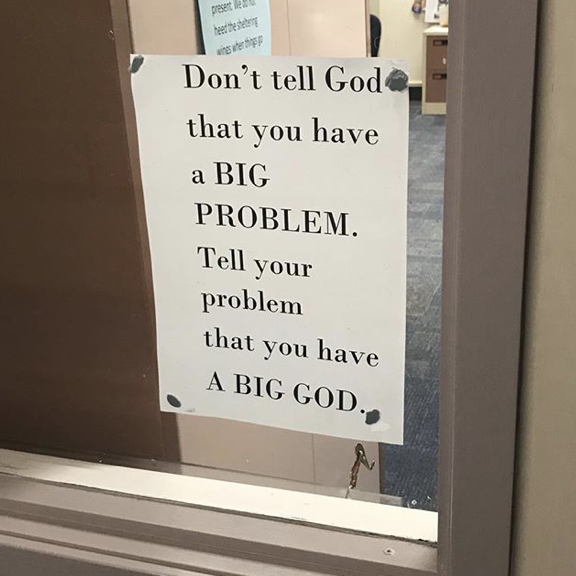 the notice on the door of the Chaplains’ office, Christchurch hospital

The other pics above were taken by me on a visit to Mt. Carmel in 2012