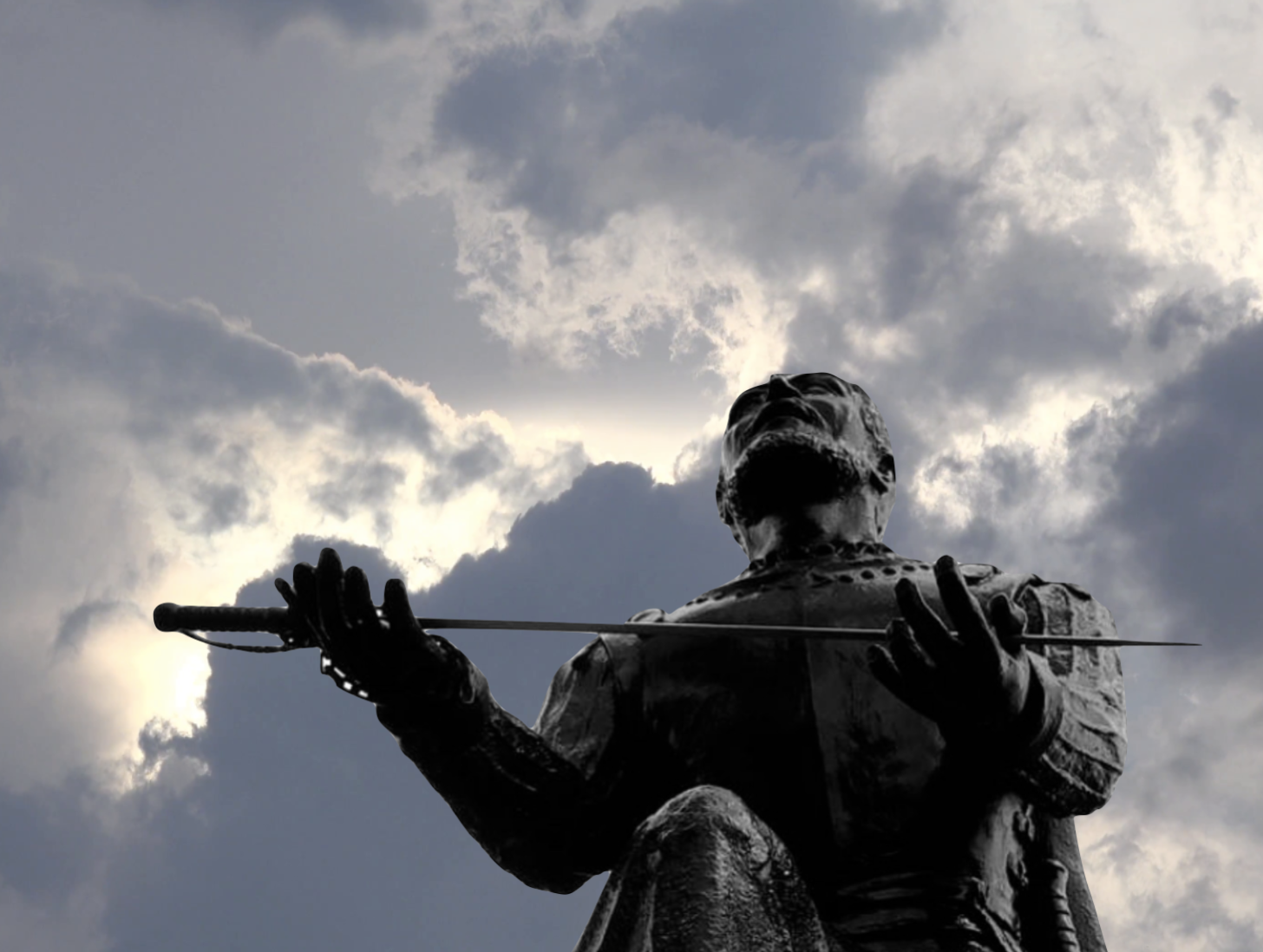 The gospel reading today and others of this last week of the church year (before the new church year begins this weekend with the first Sunday of Advent) focus on the fact that the physical world which occupies and too often pre-occupies us will not last forever.

Pope Francis spoke about this last Sunday at the midday Audience in St. Peter’s Square. He said:

“Jesus wants to make it understood that above political power there is another greater one, which is not obtained with human means. He came on earth to exercise this power, which is love, “bearing witness to the truth. It’s about divine truth that in the end is the essential message of the Gospel: “God is love:  and He wants to establish in the world His Kingdom of love, justice, and peace. This is the Kingdom of which Jesus is King, and which extends until the end of time. History teaches us that kingdoms founded on the power of arms and lies are fragile and, sooner or later, collapse; but the Kingdom of God is founded on love and is rooted in hearts — the Kingdom of God is rooted in hearts –, conferring on one who receives it peace, freedom, and fullness of life. We all want peace, we all want freedom and we want fullness. And how does it come about? Let the love of God, the Kingdom of God, the love of Jesus take root in your heart and you’ll have peace, you’ll have freedom and you’ll have fullness.

“Today Jesus asks us to let him become our King. A King that with His word, His example and his immolated life on the cross, has saved us from death, and this King points out the way to lost man; He gives new light to our existence, marked by doubt, by fear, and by everyday trials. However, we must not forget that Jesus’ Kingdom is not of this world. He can give new meaning to our life, sometimes harshly tried also by our mistakes and our sins, only on the condition that we do not follow the logic of the world and of its “kings.”

There is a great Cecil Spring Rice poem that is better known for the Gustav Holst music it is often sung to. It presents an attractive alternative to the noise of violence that too often fills our lives.

Take a moment before listening to the hymn to reflect on the words of the poem. The first two verses, (especially the second) presents an earthly kingdom – the achievement of human efforts and military stealth and might. Tragically the evidence of this reign surrounds us, especially in the last week with the tragic Paris attacks.

The third stanza presents a different kind of kingdom, and it is this focus of today’s feast: “her ways are ways of gentleness, and all her paths are peace.”

I heard my country calling, away across the sea,
Across the waste of waters she calls and calls to me.
Her sword is girded at her side, her helmet on her head,
And round her feet are lying the dying and the dead.
I hear the noise of battle, the thunder of her guns,
I haste to thee my mother, a son among thy sons.

And there’s another country, I’ve heard of long ago,
Most dear to them that love her, most great to them that know;
We may not count her armies, we may not see her King;
Her fortress is a faithful heart, her pride is suffering;
And soul by soul and silently her shining bounds increase,
And her ways are ways of gentleness, and all her paths are peace.

The recording I have chosen is taken from Princess Diana’s funeral. The melody is Holst’s Jupiter from the Planets Suite. The connection is a helpful reminder…on earth Diana had all the privilege of earthly royalty and kingdoms. But for all of this she did not seem to find the happiness she sought.

At her funeral (no problem that they left out the second verse) the singing of this hymn brought a message of great hope: “and there’s another kingdom…”