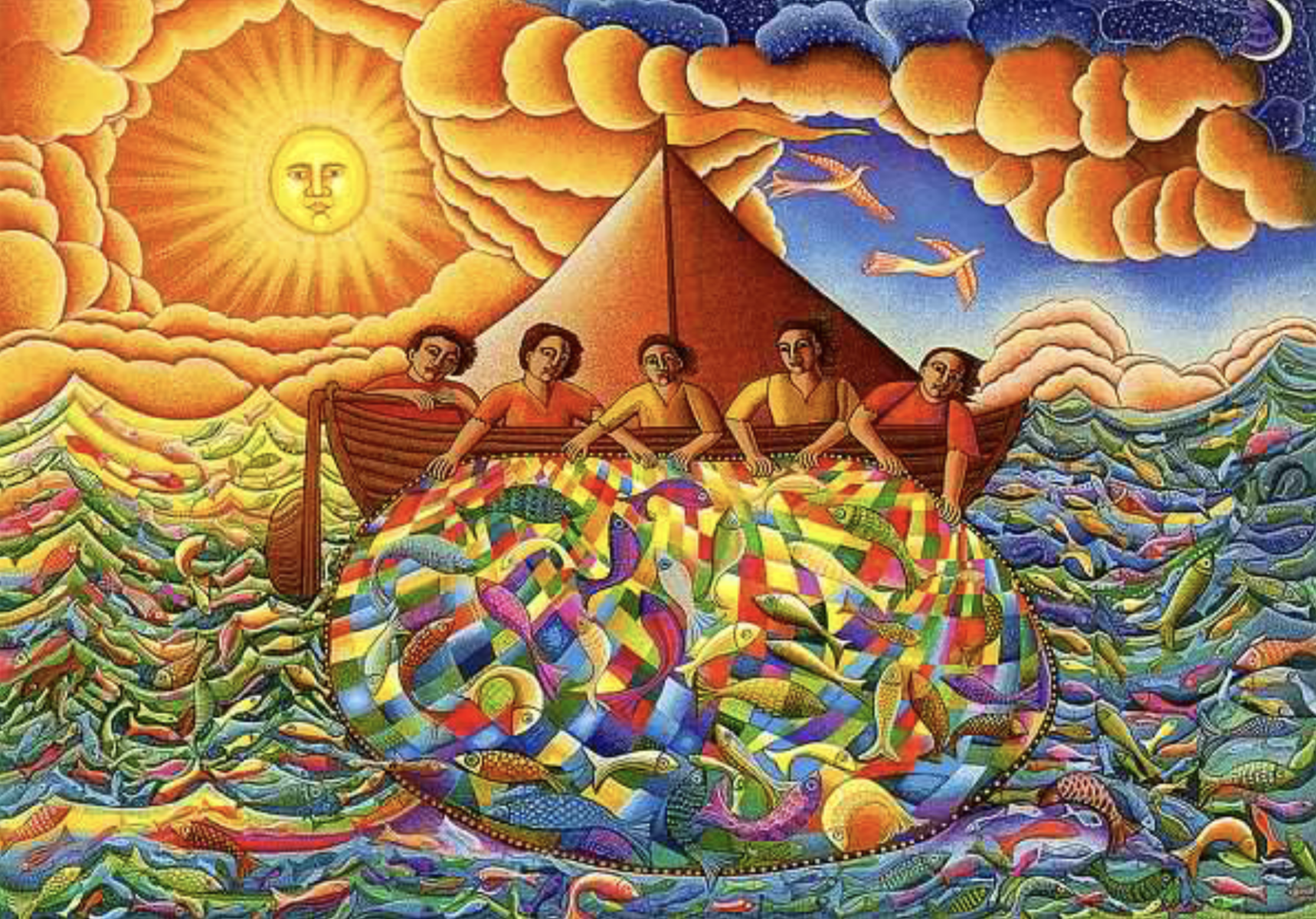 A few years when visiting the Cathedral of Our Lady of the Angels in Los Angeles I stopped in at the bookstore across the courtyard from the entrance and was immediately captivated by some large colourful prints on display.

These were works of artist John August Swanson who was one of the first recipients (along with Saint Pope John Paul II) of the Mother Teresa Award for achievements which beautify the world. Many of his works vividly depict biblical scenes, including the one above colourfully telling the story of the great catch of fish which is today’s gospel reading.

“Put out into deep water and lower your nets for a catch.” Simon said in reply, “Master, we have worked hard all night and have caught nothing, but at your command I will lower the nets.” When they had done this, they caught a great number of fish and their nets were tearing.”  Luke 5

Our problem is that we have heard these great stories so many times that we are deaf to the power of the event. We relegate these life-changing events to a file of good stories missing the point that these are not just good stories but present events. Jesus brings the same desire and power to work miracles to my life today.

It is significant that the disciples had already worked hard all night. They would have been tired and hungry and ready for a sleep. But it was precisely when all their human efforts had brought no results that they were open to divine power. All they had to do was to put their human need at the service of their master.

And look what happened as a result. Their catch was abundant.

Note too that Simon Peter’s immediate response was not to rejoice at the catch which might have brought in a month’s wage at the market on the shore, but to fall to his knees”

“Do not be afraid; from now on you will be catching people.”

And the response of those who were in the boat:

“When they brought their boats to the shore, they left everything and followed him.”