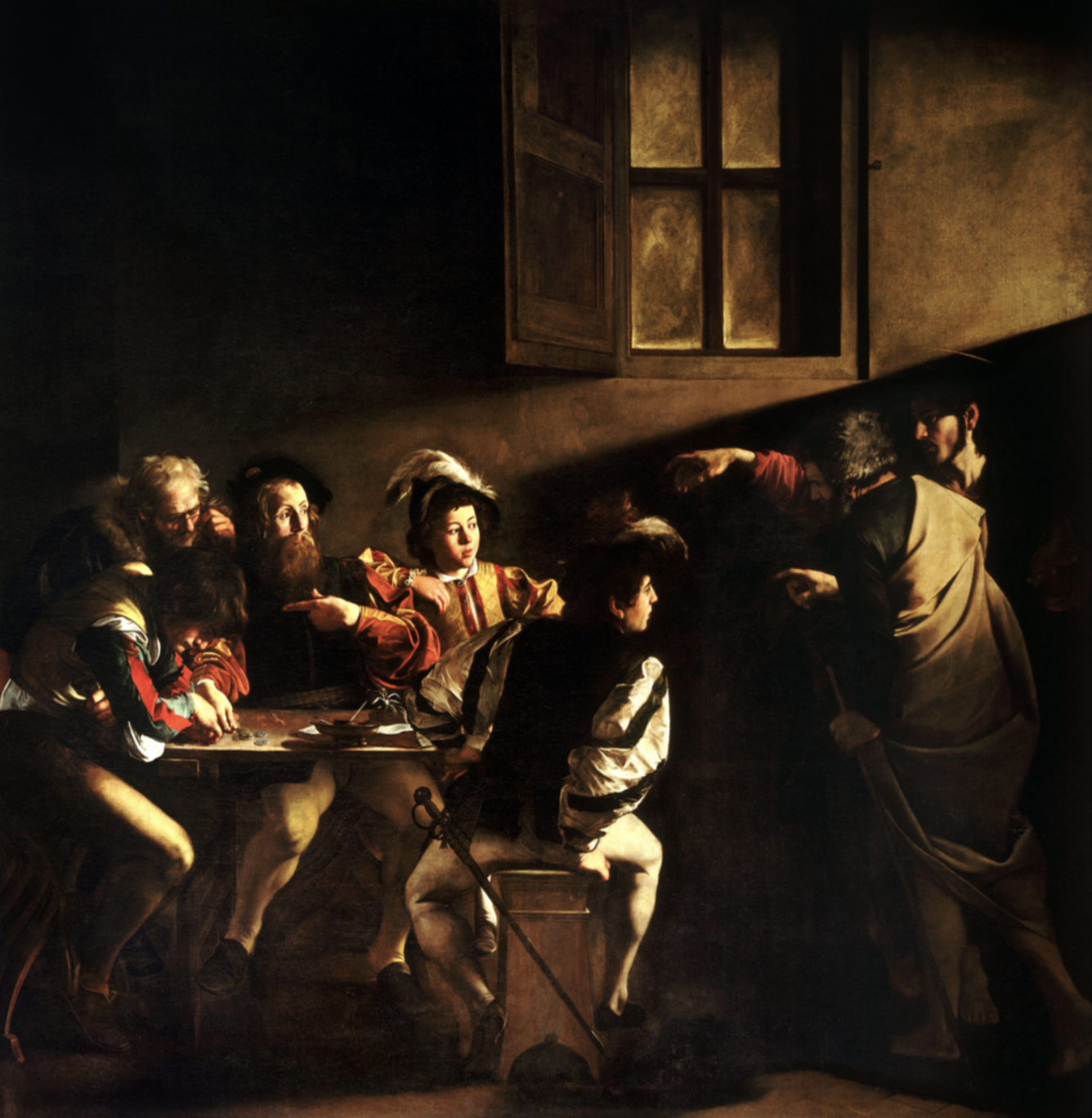 Today’s gospel reading is Luke’s account of the calling of the apostle Levi whom Jesus named Matthew.  Caravaggio‘s Calling of Matthew and Pope Francis’ frequent comments about the painting provide a great inspiration and Francis has called this painting one of his favourite works of art. It can be seen at the Church of San Luigi dei Francesi in Rome.

“Speaking about the encounter brings to mind “The calling of St Matthew”, the Caravaggio in the Church of St Louis of the French, which I used to spend much time in front of every time I came to Rome. None of them who were there, including Matthew, greedy for money, could believe the message in that finger pointing at him, the message in those eyes that looked at him with mercy and chose him for the sequela. He felt this astonishment of the encounter. The encounter with Christ who comes and invites us is like this.”

Note that immediately Matthew is called and follows Jesus, he and Jesus and many others are at a great banquet eating and drinking. I image the meal not as a royal banquet of polite protocol and fine-dining etiquette, but a wholesome and hearty gathering of friends where the company is relaxed and where people feel at home in the midst of real and honest conversation.

This is a mark of healthy friendship: relaxed time at table with good company.

And note too that the people Matthew chooses to sit at table with after his conversion are sinners.

Perhaps that’s why Pope Francis has been so inspired by the call of Matthew. Immediately on being elected pope in the Sistine Chapel in March 2013 Pope Francis said to the cardinals who elected him: “I am a great sinner confident in the patience and mercy of God. In suffering, I accept.”

Later that year in an interview in response to the question “Jorge Borgoglio, who are you” he responded:  “I am a sinner. This the most accurate definition. It is not a figure of speech, a literary genre. I am a sinner.”

The positive about acknowledging that we are sinners is that we have a capacity to receive a saviour. The one who has little awareness of their sin, has no need to be saved.