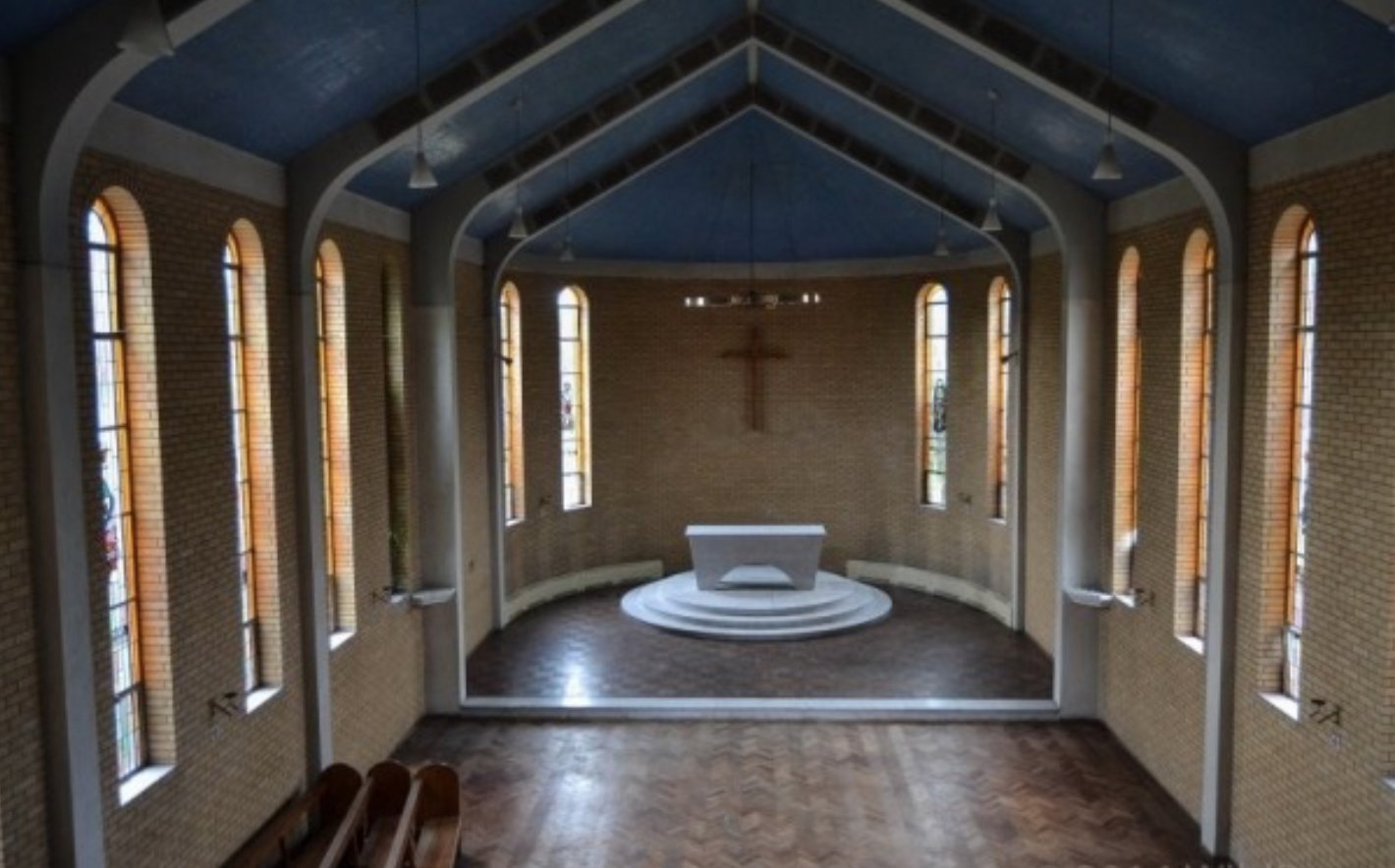 Late this afternoon we learned that the former Holy Name Seminary in Christchurch is engulfed in flames.

After being sold in 1993 the once beautiful building, used as a seminary from 1947 to 1978, had become derelict. It was perhaps inevitable that a building as uncared for as this would meet a sad end.

One of the most beautiful parts of the building was the chapel with its significant stained glass windows designed by Christchurch priest and artist Monsignor James Harrington.  We wait to hear the fate of these windows.

I am grateful to Peter Fleming for sharing with FFF these photos of the windows which he took in November 2014,.

In one of his Friends of the Cathedral newsletters Jim recalls that he was present in 1963 when the chapel and its windows were consecrated: “It was of course, a proud day for me…”.

Jim continues recalling his last visit to the chapel on 3 February 1997 when “a group of those who had been first day pupils of Holy Name Seminary assembled in Christchurch for a reunion. …We sought permission from the present owners to relive the memories of times past with an inspection of the buildings. Permission was readily given, but to my dismay the chapel was packed with rolled up carpets obviously destined for overseas markets.”

“Thankfully, the stained glass was still intact and as powerful as ever. There along both sides of the nave were the symbols I had developed to depict the virtues of the priest and his office in the Church. And in the sanctuary were the images I had chosen from the antiphon ‘O Sacrum Conviviam‘ by St Thomas Aquinas.”

It had been my hope that we might have found some way to rescue these windows and see them included in one of our existing or new Christchurch churches.

NOTE ADDED Saturday 13 July:  This morning’s news reports that the chapel has been saved from damage. 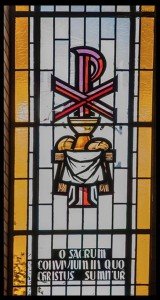 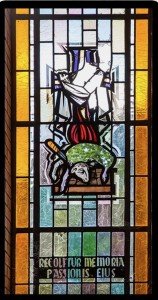 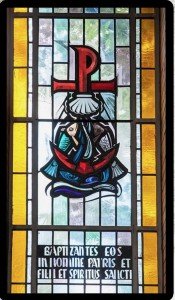 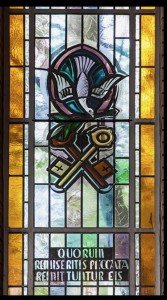 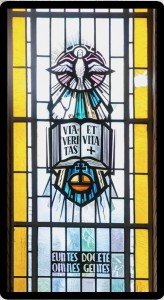 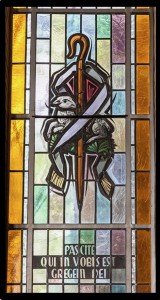 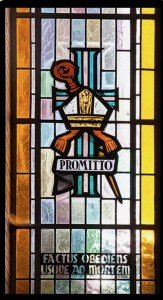 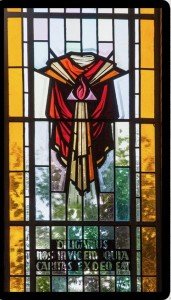 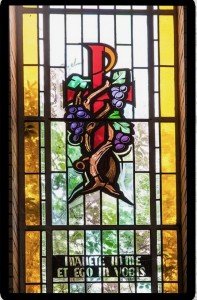 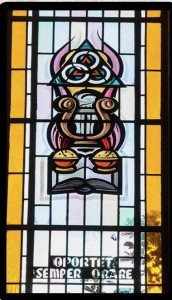 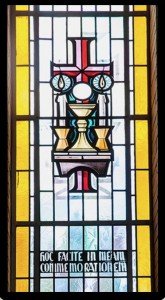 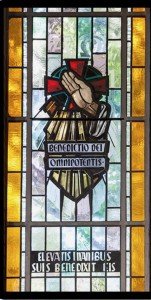