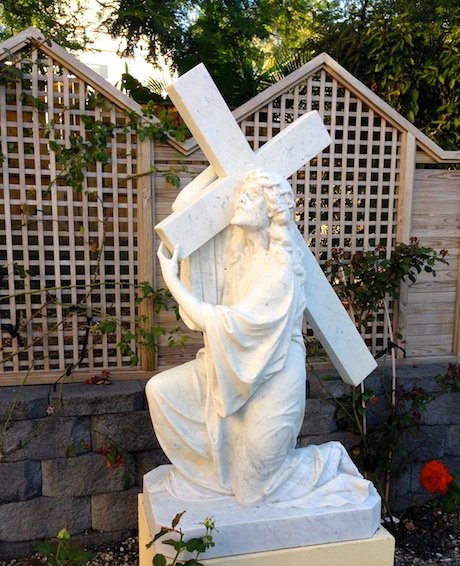 September 14, the feast of the Exaltation of the Holy Cross was one of the great seminary feasts of our Holy Cross seminary where I studied in preparation for ordination to the priesthood.

I remember well driving through the seminary gates to enter the seminary and being greeted with the image of Jesus carrying his cross out the gates. When I finished my studies six years later I again drove past the statue, this time in the direction that Jesus was facing, heading out through the gates.

My understanding and appreciation of “the cross” has grown greatly, especially in recent years. I had always known that at times life is difficult, and that as Jesus had to carry his cross, so too each of us who seek to follow Jesus have our own crosses. I knew too that Jesus helps us to carry our crosses and every day he eases the burden of our struggles.

In recent years I have grown to appreciate that when Jesus said “take up your cross and follow me” (Luke 9:23), he was reminding us that the many ways in which we might feel burdened with life’s crosses in fact provide the only way that we can grow to full human maturity. What Jesus is telling us is that the cross is not just a difficulty or an obstacle, but that the cross, carried through suffering to death IS the pathway. A couple of examples might help us to understand this.

How often when in a Moses moment someone announces a new and untried way forward the community responds that we can’t think that way…because we have never thought that way before.

And the greatest tragedy is that this confined way of thinking is often as common in communities of faith as in many secular environments.