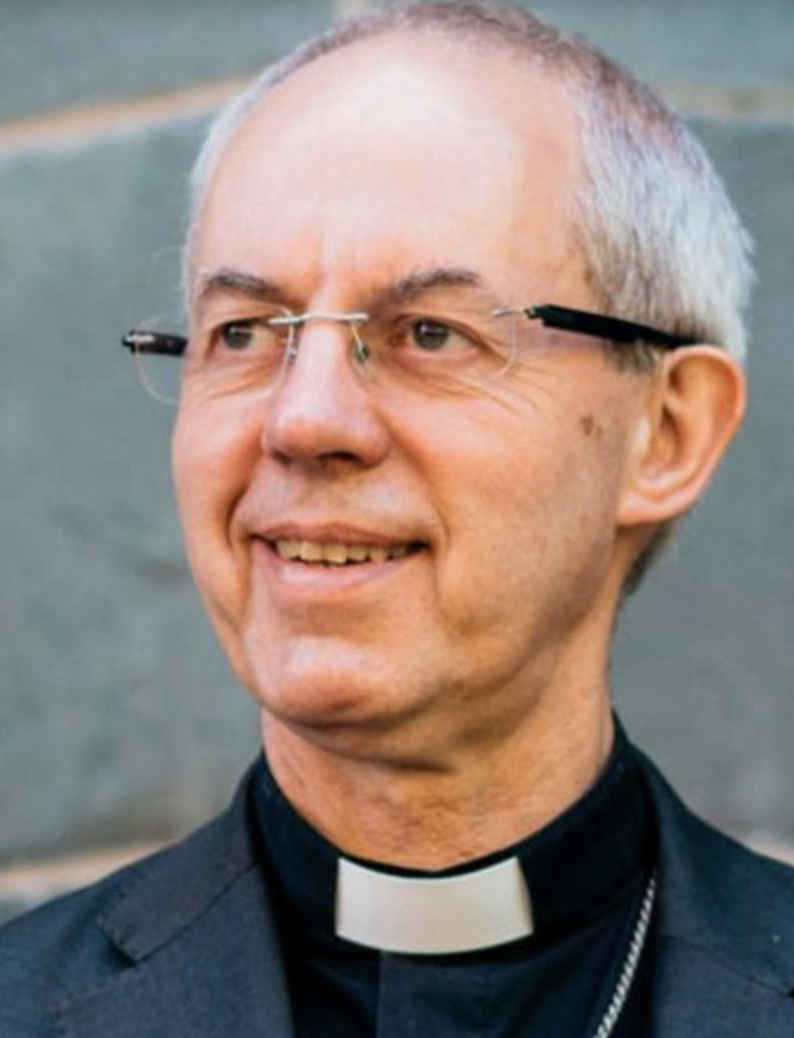 I have been moved by the generosity of the response of Anglicans to the canonisation of John Henry Newman earlier this month. Newman was an Anglican priest until in his early 40’s he converted to Catholicism then being ordained as a Catholic priest dying as a Cardinal in 1890.

If a Catholic priest were to become an Anglican the chances are that Catholics would not celebrate his life and acclaim him as a great witness to faith in Jesus Christ. The generous response of Anglicans is an inspiration to us.

On Saturday last the Anglican Archbishop of Canterbury, Justin Welby, preached this sermon at a service of Solemn Vespers in Celebration of the Canonisation of St John Henry Newman at Westminster Catholic Cathedral. The sermon is inspiring and I especially appreciate the first paragraph which I have highlighted:

Saints are not recognised for their passionless lack of obvious sins, but because of the transparency with which they face the entanglements of life. They are willing to confront themselves, and to confront the world, and to confront the church and to allow the warm, bidding light of the Holy Spirit to shine on and to illuminate all things.

So it is in St John Henry Newman that we see the work of God shining out of the fitful, often febrile, always impassioned world of English 19th century church life.

This was the era that also produced General Booth, James Hudson Taylor, Livingstone, Pusey, Keble and the architecture of Gilbert Scott. It was the time of Dickens and Trollope, of Gladstone, of Anglo-Catholic revival, of the restoration of the Catholic hierarchy, of Charles Gore and the renewal of religious life.

It was the era of Christian mission riding in the tailwinds of the expansion of Empire, yet subverting that same Empire with education and evangelization. It was an age of immense hardship and profound charity. The church, especially the Catholic church, found new life and purpose. Abroad the church held the First Vatican Council and was beginning the deep and profoundly beautiful changes that led eventually to Rerum Novarum.

It was a time of passion – and passionate times produce saints and sinners, and it is sometimes hard to see the difference. Except, that the saint shines.

So what does a modern Archbishop of Canterbury make of being invited to preach at this service? Obviously, apart from the sense of privilege, the apprehension that must rightly come when asked to say anything about St John Henry; these I take for granted. Some might argue that it is like the owner of Liverpool asking the Everton manager to welcome to the Reds one of the greatest players Everton had produced, and who had left the Blues against their will. I know that His Eminence would deny the possibility of greatness and Everton being in the same sentence but exercise the imagination.

Or more savagely, it might be asking a party leader to welcome one of his own who had crossed the floor in the worst of circumstances. Or even, with the backdrop of the passionate religious tensions of Victorian Britain, like asking Queen Victoria to release one of her shrewdest military tacticians to take up a command in an enemy army.

That is how our churches are often seen, at best rivals, possibly mutual opponents, and even in some cases enemy forces in a five-century war. It is this way of thinking that leads the political turmoil of the present time to be compared to the Reformation.

How wrong can analogy be?! For we are not enemies, nor are we opponents, nor even rivals. God forbid! Indeed, God has forbidden. We are more like a family that had a very bitter dispute, a divorce in the past, and has acquired the habits and occasionally bad manners of separation. For all that we are still family, called together by grace, caught up in the love of God. This is where St John Henry comes in, for he is the saint of this age as well as of his own, and thus we rejoice both at his canonization: more appropriately we learn from his life and seek his intercessions.

It is easy to find faults in St John Henry. He was polemical, sarcastic, acerbic in his writings, thin-skinned in his sensitivities, not least in his comments in Apologia pro vita sua, his justification, in attacking those such as Kingsley, who had attacked him. St John Henry was not a victim taking the way of the cross without protest, but a complainant with much talk of integrity and honor.

However, when he speaks of his journey to the Catholic Church as he began to doubt his own salvation if separated from Rome, of his long struggles to reintroduce the patristic faith to the life of the English church, of his doubts eventually that it was a church at all, we see into the very heart of a man wrestling with God, with conscience and with the church.

St John Henry stands as a model of the purposeful disciple. We may disagree with his actions, but we know their origins – he pretends to little – and we see their structures. As the old Maths exam papers say, ‘show your workings‘ and he did.

The care for salvation, the passion for truth, the desire for holiness, are apparent and more apparent than the weaknesses. If we want perfection in saints, give up. There are no perfect saints, but we have as witnesses to our struggles the great crowd of witnesses who are sanctified not by their own efforts, but by a particular openness to grace, an unusual, utterly entrancing willingness to be the person whom God is calling.

In St John Henry’s case, that willingness was essential in the 19th century and speaks with power equal to the profundity of his writings in the 21st. It speaks of eternity as the goal of our journey, of the flock of God not as a football team to be chosen but as a nation created through Christ in which we must belong and find our calling and purpose. It speaks of truth being sought across human-made ecclesial divisions and of the sweet and hope-filled tragedy of our distances being bridgable by a soul seeking God. It speaks of a good shepherd, who nurtures his own soul and becomes the pastor of the souls and lives and eternity of others.

The reading from I Peter is the last appearance in scripture, at least last in the order in which the books are set out, of the oldest parable of the bible, the shepherd. Its first sign as a parable is the shepherd psalm, 23. From there it surfaces in many places. The shepherds of Israel are good, bad or ugly, but God is always THE shepherd, the ultimate good shepherd, who guards his flock and guides them to green pasture.

Jesus makes his strongest and most unambiguous claim to divinity when he calls himself the good shepherd, for the Shepherd psalm is clear beyond question that the good shepherd is the Lord. And it is the call of Bishops and Presbyters, and then of the whole church, to be imitators of the proto Shepherd, to be the pastors of all the lost and suffering souls of this dark world.

For that to happen in reality we are commanded to follow certain standards, standards that St John Henry himself knew and sought. There must first be a willingness to be identified with the flock of God. We are to be fellow shepherds. Thus we must be open about our allegiance to Christ, and willingness implies a readiness to go where ever our duty takes us. We may get that wrong, some may argue that St John Henry did get it wrong, but he sought with passion and integrity amidst all the clashes and cacophonies around him. He went where his conscience took him, and he never rebuked those like Pusey and Keble who did not follow. Mere logic by itself did not sway love.

There we see him fulfilling the second demand of this passage, not to seek gain or to be cruel in shepherding. Power is deeply deceptive, a strong drink that makes senses befuddled and crushes not only opposition but also genuine questioning.

More than that he observed in sober thought the issues of his world and stood against evil. Through him priests went out to the slums, finding afresh the patristic tradition of love for those whom the world excluded. The roaring lion of respectability was never to consume him, for the more he found honor in the church, the more he was seen as a traitor by the respectable Anglicans. Most of all, the crown of glory is his, not through himself, but through Christ.

What difference does it make? What should we do as a result of this canonization? There are the obvious things, not least to rejoice in the grace of God and celebrate the example of its recognition at this time. There is much more and very tentatively I make some suggestions.

St John Henry reminds us that there is only one flock of Christ, Peter speaks earlier in his epistle of one holy nation, not many. St John Henry crossed a family divided and was pilloried. How may we cross and in doing so bless and be blessed? It is certainly in the work of English and Welsh ARC and of ARCIC. Yet St John Henry calls us to passion that is perhaps deeper than we may imagine, that is driven by the Spirit and that is intolerant of fears and reluctance. I am not for a moment saying “all we have to do is try harder”. The efforts in ecumenism of the last 100 years would have rendered St John Henry speechless with astonishment. Trying is not enough, like St John Henry our love for souls, our own and others, our care for the sheep that are lost because we create a fog of obscurity in our quarreling, that air clearing and focussing passion and attention to truth matter deeply.

Most of all we must love with our eyes open. St John Henry was never naïve or idealistic about the Catholic Church of his day, neither of the Church of England from which he parted as a friend and nor can we be. To view truth is to move away from a binary right or wrong attitude, a binary them and us, a battlefield of ideas and loyalties. St John Henry saw truth and loved it, despite the cracked pots in which it was held.

In such an attitude he is saintly, and in following his model we find a love that seals the cracks, that empowers the shepherding, a kindly light that points us to heaven.