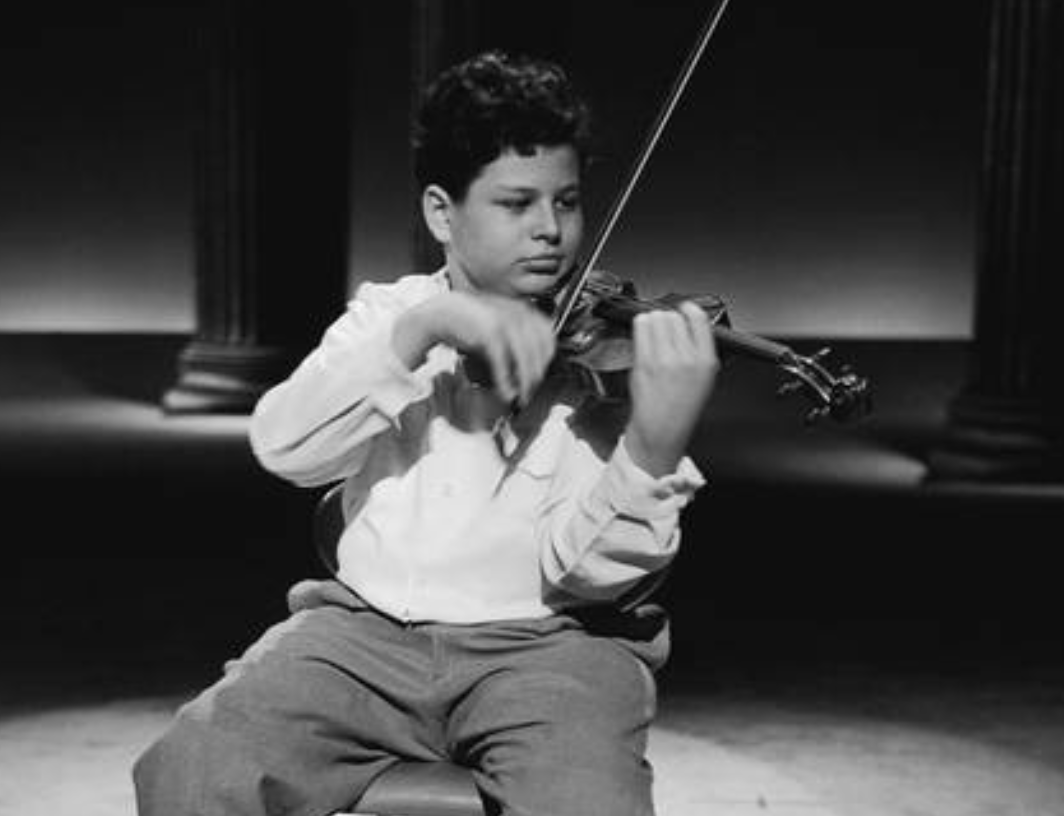 “Anything that happened in my childhood had to do with ‘yes practice, no practice’.”

“When I came to the United States,
I appeared on the Ed Sullivan Show as a 13-year-old,
and I played a Mendelssohn Concerto,
and it sounded like a talented 13-year-old with a lot of promise.
But it did not sound like a finished product.”

I’ve been walking a bit more than usual during these lockdown weeks. The walking gives me good time for thinking and a rhythm of stepping and breathing that seems to move my thinking forward. I’m never in the same head or heart space when I finish a walk as when I started.

While I walk alone I am rarely alone on a walk. On the roads around the neighbourhood there are always people exercising while remaining in their bubble group.

Over the last month I’ve become familiar with the exercise routines of many who walk or run at the same time each day. The runners always look a bit sad and they never break their stride by stopping for a chat. But the walkers are different. There is always a word or two, and there are some with whom the chats are regular.

My regular chat mates include the older couple who walk their dog, the man who walks alone, and the parents with their four young children.

I had a longer chat with the father of the family yesterday. He asked what I did and I told him that I was a priest. I couldn’t read his reaction initially, then I recognised what I thought was guilt which he immediately verified telling me that he went to a Catholic school but was not a very good Catholic. I laughed and told him that I was not a very good Catholic either. We both laughed.

He admitted that he still called himself a Catholic when asked, but had not been near a church for twenty years. Our chat continued when I asked why he thought he wasn’t a good Catholic and he replied that he didn’t go to church.

I added that I knew a lot of Catholics who had not been to Mass for more than a month, and we both laughed again.

All the way home I was thinking about our conversation feeling sadness that we have used Sunday Mass as the only measure of whether or not someone is a “practising” Catholic. Why is it that a Catholic who is baptised, prays regularly and insists that their children are baptised and enrolled in a Catholic school doesn’t feel able to call themselves “practising”?

Today’s gospel reading is a favourite, an all-in-one account of the followers of Jesus coming to terms with what it means for Jesus to be risen and among them.

Two of the followers of Jesus were out walking to a small town near Jerusalem. They meet a stranger and they chat about things that were important including faith. They asked and answered questions. Their sharing was honest and their conversation did not hide from reality. Sounds like my walk yesterday. The whole point of this passage of scripture is that these two travellers did have a connection with Jesus (think baptism) and were practicing this faith by walking together and talking together about the real stuff of their lives including their hopes, as Jesus (albeit unrecognised) walked alongside them.

They didn’t know it but they were on the journey to the Eucharist which we today call the summit of our Christian faith.

Before I left Christchurch to move to Auckland earlier in the year the most satisfying part of my work was with parents who were requesting sacraments for their children. All of them were, like me, on the journey of faith towards full union with Christ. All of them would hesitate (like me) to call themselves a “good Catholic” but all of them, even if they haven’t been to Mass for a dozen years are, like me and the guys on the road to Emmaus, practising Catholics.

Last month I saw the movie “Itzhak” which tells the powerful story of the life of Itzhak Perlman who after contracting polio at age four practiced to become one of the world’s best violinists. Since the day he first picked up a violin he has been practising. Now he is the best, and he still practises.

Keep the bell pictures coming in. Send to john@fff.org.nz.  Thanks Brian for today’s bell tower  from Immaculate Heart of Mary, Tighes Hill (Newcastle, NSW). Brian adds “We have a tradition that all who visit us have to ring the 8AM Sunday morning Mass bell. They love it!”