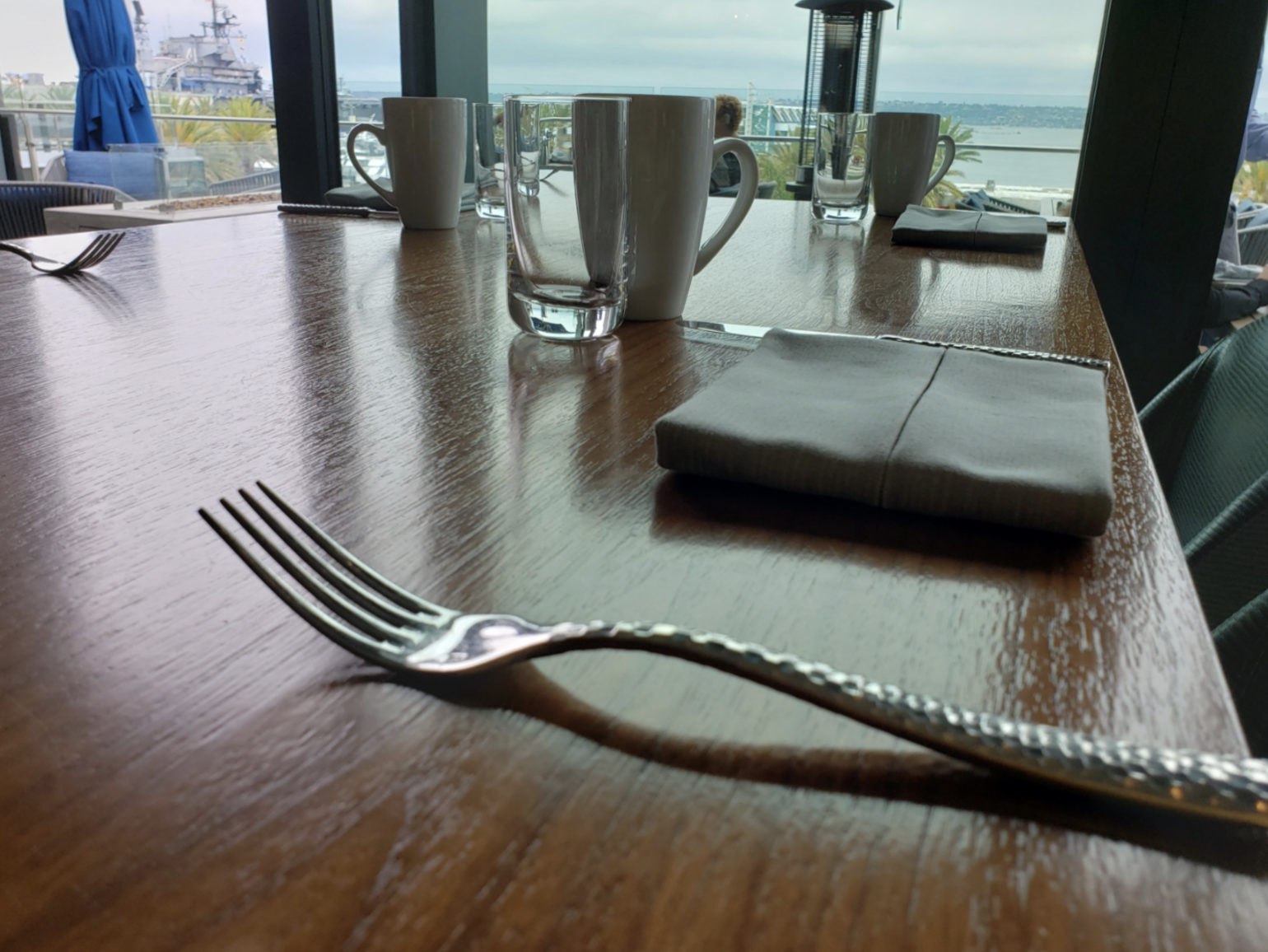 “While at supper with his disciples…”

When I was growing up meal time in our family was the reasonably structured routine that was not uncommon in homes at the time.

It was usual for us to have every meal with the whole family sitting together at the kitchen table, TV off of course and not a cell phone in sight.

Sunday nights were an exception and we loved the informality and simplicity of that weekly meal, usually as basic as saveloys or mousetraps (cheese on toast), around the fire in the winter and often outside in the summer.

Breakfast was a simple on-the-run affair, Weet-Bix and toast in all directions.

Dinner was more of a ritual. Always the table was set, more casual for the midday meal, but the evening dinner was a bit more organised with each of us taking turns at setting the table.

Someone must have given our family a set of children’s knives and forks, small to fit a toddler’s hands, and we kids knew we had reached a significant milestone when we were ready to use the same knives and forks as our parents.

Once we were at the table there were some things that were taken for granted. We didn’t begin to eat until everyone was seated at the table with food on the plate in front of them. Our family wasn’t big on praying grace, we just started eating together when the hungriest person took the first bite. Pudding wasn’t served until everyone had finished their main course.

We didn’t leave the table without first asking and being granted permission and we knew there was no point in asking until every person at the table had finished eating. At this point children would usually have to do the washing up and parents with any other visitors would stay on talking at the table for much longer.

We grew to love the table and the life that happened around it. Some of our best family conversations and greatest laughs and fights happened around that table. The rituals of mealtimes seemed to bring together the highs and lows of the lives of each of us and if it wasn’t for the daily table gatherings we would have missed out on a lot and wouldn’t know each other as well.

It was a few years later when I heard the altar at church being called the table and I made the connection with the table at home. Both the home table and the church table were for me places of companionship and nourishment. Both had food and ritual and etiquette and I knew that both were essential for me.

Each of these tables made sense to me only in the context of the other, the table at home as a gathering of family life and work and study life, and the table of the church as a foretaste of the heavenly feast which gives meaning to all earthly and earthy human existence. I like that reminder of the fact that my life today has two dimensions: the here and now, and the eternal.

For centuries preachers have encouraged parishioners to turn what they participate in at the table of the Eucharist to every encounter and each moment of every day and night in the week ahead.

As we make this Holy Week journey with Jesus through suffering and death to resurrection, each of the two tables teach us about the other.

The Last Supper of Jesus was a formal meal at a prepared table, While generations of faithful Jews had lived this ritual at every meal and especially at their annual Passover meal, something new happens at this table.

Pope Francis highlighted this in his homily a couple of days ago on Palm Sunday:

“What is most amazing about the Lord and his Passover? It is the fact that he achieves glory through humiliation. He triumphs by accepting suffering and death, things that we, in our quest for admiration and success, would rather avoid.”

And in last night’s NZ broadcast of the Francisco documentary we encountered a pope who knows how to live the life of the table, paving the way for Jesus to transform suffering, humiliation and even death into healing and new life.

I liked Pope Francis’ last word in the documentary: “May God bless you, and while you’re there, pray for me!”