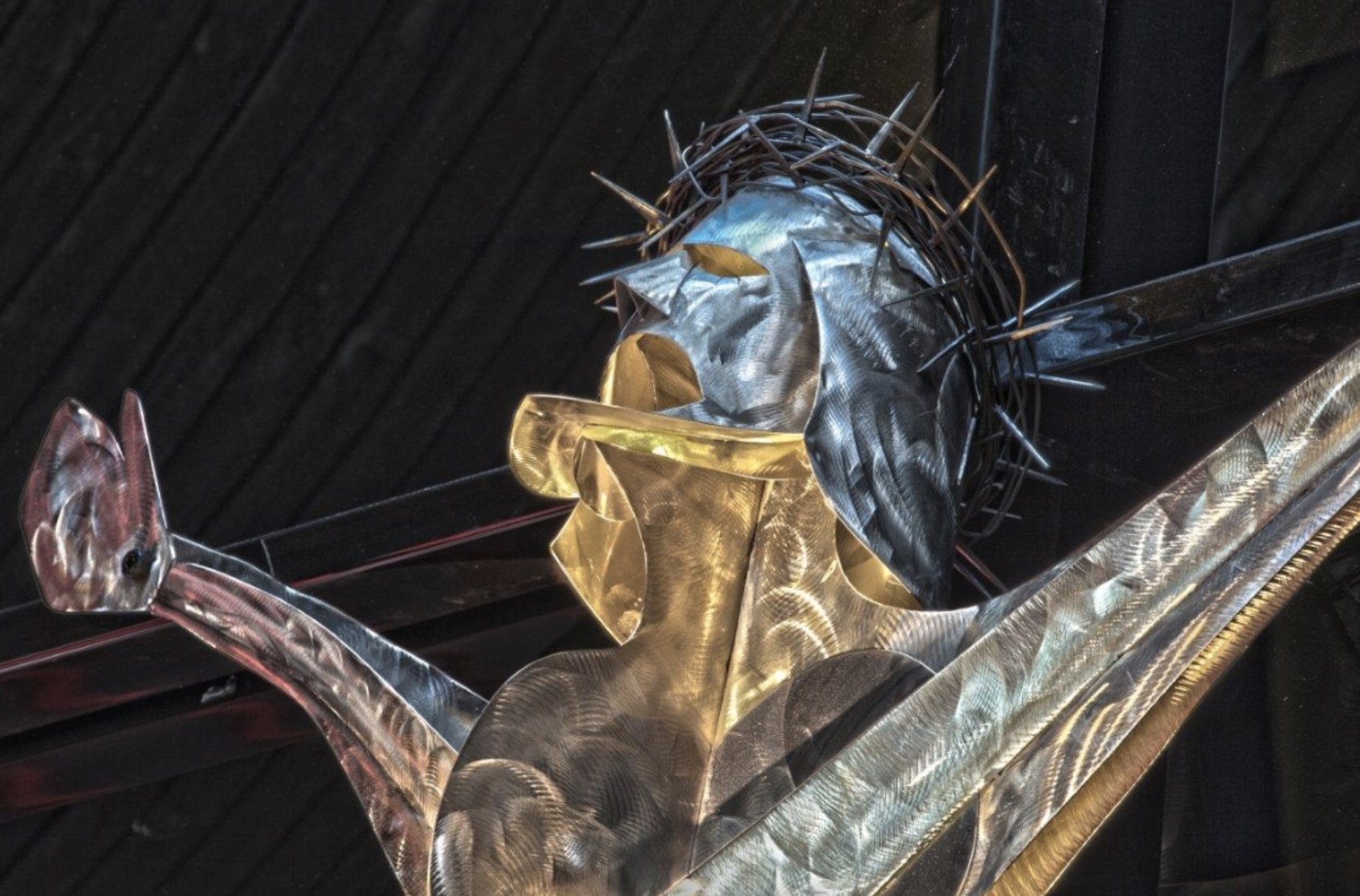 Fifth Sorrowful Mystery
The Death of Jesus on the Cross

I spent a couple of hours during the week with the teachers in one of our Catholic primary schools.

As I drove to the school I imagined that a formation session with a priest was probably the last thing they felt like doing at the end of a full school day.

We began by talking about our favourite movies, which easily led us into conversation about life, and like every full life conversation, we spoke not only of the ups but also the downs. That led us very quickly to talking about death.

This comfortable school staff room had a large crucifix. We chatted about how odd it was to have a dead man hanging on a Roman instrument of torture in the staff room of a school where teachers committed to helping children live fully spend time every day.

Then we pondered the reason.

Those who witnessed the death of Jesus understood that death was an end. Death was pretty final. People did not return from death.

However we now appreciate that this image of the dead Christ is not an end but THE pathway.

The only way to experience resurrection eternally is to pass through earthly death and the only way to taste risen life today is to live through suffering.

This is our only hope.

Some of the most beautiful music ever written is inspired by the suffering and death of Jesus. Perhaps the most beautiful is Mozart’s Ave Verum. You might appreciate a moment savouring the dying face of Jesus while listening to the hymn.

The crucifix above was designed by Charles Thomas (Christchurch architect).  His choice was to portray Jesus on the cross at the moment when he cries out “My God, My God, why have you forsaken me.” Charles’ thinking was that the people who view his crucifix will not be dead. Instead they will be pilgrims who come to Our Lady of Victories church aware of their own pain, suffering and struggle, and need to know that Jesus’ in his own experience can understand what they are going through.

Hail, true Body, born
of the Virgin Mary,
having truly suffered, sacrificed
on the cross for mankind,
from whose pierced side
water and blood flowed:
Be for us a foretaste [of the Heavenly banquet]
in the trial of death!