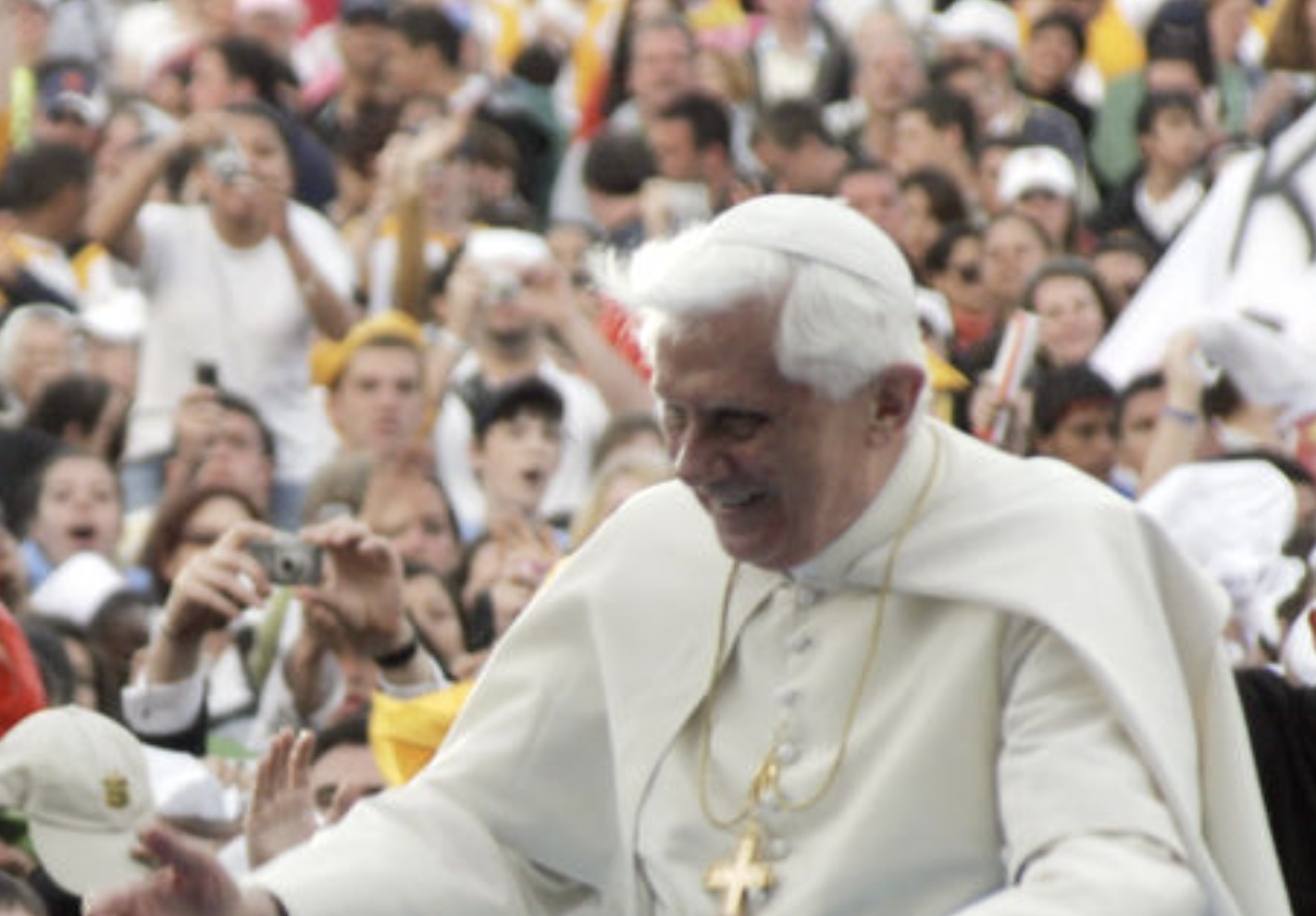 a perspective on the legacy of Pope Benedict XVI

Following the death of the 265th successor of St Peter, it is timely to consider the clear and consistent themes in the 95 year life and 70 year teaching vocation of Pope Benedict XVI.

It is inevitable that he will be remembered for his 2013 resignation which he had indicated when three years earlier he reflected “If a pope clearly realises that he is no longer physically, psychologically and spiritually capable of handling the duties of his office, then he has a right and, under some circumstances, also an obligation to resign.”

These past ten years Benedict has lived a relatively hidden life looking towards death with hope and humble awareness of his many failings. In February 2022 he wrote “I have had great responsibilities in the Catholic Church. All the greater is my pain for the abuses and the errors that occurred in those different places during the time of my mandate, and I have come to understand that we ourselves are drawn into this grievous fault whenever we neglect it or fail to confront it with the necessary decisiveness and responsibility, as too often happened and continues to happen. As in those meetings, once again I can only express to all the victims of sexual abuse my profound shame, my deep sorrow and my heartfelt request for forgiveness.”

Benedict will also be remembered for his willingness to engage with broad perspectives with confidence that what is true, good and beautiful is helped into the light by conversations with a diversity of intelligent opinions. In his many books he quotes people of all faiths and none with openness to the contribution of anyone who is honestly seeking truth. This courageous lack of fear motivated him to be the first pope engage in informal and live interviews.

Benedict appreciated that across two thousand years the church has accrued some ideas and practices that were more about an earthly institution than about the person of Jesus Christ. As a theologian, a cardinal and, in almost eight years as pope, his mission was to refocus the church on the person of Jesus who is God present and active in our world today.

In his first teaching in the days immediately after his April 2005 election as pope Benedict proclaimed, “Only when we meet the living God in Christ do we know what life is. We are not some casual and meaningless product of evolution. Each of us is the result of a thought of God. Each of us is willed, each of us is loved, each of us is necessary”.

In his well-received first encyclical God is Love at Christmas in 2005, he wrote, “Being Christian is not the result of an ethical choice or a lofty idea, but the encounter with an event, a person, which gives life a new horizon and a decisive direction”.

“Since God has first loved us, love is no longer a mere ‘command’; it is the response to the gift of love with which God draws near to us.”

After the death of his predecessor, Pope John Paul II, Cardinal Ratzinger, as Dean of the College of Cardinals, addressed the cardinals just hours before they entered the conclave to elect a new pope. In response to his words, some commentators removed Ratzinger’s name from their lists of papabile, thinking that there was no way the cardinals would choose such an unambiguous and robust teacher.

In his address, he had called Catholics to full maturity.

“We should not remain infants in faith . . . tossed by waves and swept along by every wind of teaching arising from human trickery.”

He continued, “Having a clear faith, based on the Creed of the Church, is often labelled today as a fundamentalism, whereas relativism, which is letting oneself be tossed and swept along by every wind of teaching, looks like the only attitude acceptable to today’s standards.

“We are moving towards a dictatorship of relativism which does not recognise anything as for certain and which has as its highest goal one’s own ego and one’s own desires.”

He then reminded the world of new horizons that the church offers the world.

“We have a different goal: the Son of God, the ultimate human. He is the measure of true humanism; being an ‘adult’ means having a faith which does not follow the waves of today’s fashions or the latest novelties – a faith that is deeply rooted in friendship with Christ is adult and mature. It is this friendship that opens us up to all that is good and gives us the knowledge to judge true from false and deceit from truth.”

Within two days, Cardinal Ratzinger emerged from the conclave as Pope Benedict XVI.

In his first homily as pope, he reflected on the experience of people in these early years of the 21st century.

He believes that if Catholics get the liturgy of the church right, everything else will fall into place.

In his memoir, he comments: “I am convinced that the crisis in the church that we are experiencing today is, to a large extent, due to the disintegration of the liturgy”.

The pope’s concern is that the liturgy, especially the Mass, is often reduced to a comfortable and affirming creation of like-minded people. In his book The Spirit of the Liturgy, he clarifies his concern: “Not surprisingly, people try to reduce this newly created role by assigning all kinds of liturgical functions to different individuals and entrusting the ‘creative’ planning of the liturgy to groups of people who like to, and are supposed to, ‘make a contribution of their own’.”

Less and less is God in the picture. More and more important is what is done by the humans who meet here and do not like to subject themselves to a “pre- determined pattern”.

Benedict’s central concern is that with God “less and less” in the picture of the liturgy and of human life, contemporary fashions, likes and dislikes toss us about and sweep us along.

The liturgy does not need to be humanly created, since it has been divinely gifted.

The task of Catholics is to receive this ultimate gift gratefully, and to celebrate it faithfully.

In July 2008, several hundred young Catholics from throughout Aotearoa met with the pope at the World Youth Days in Sydney (pictured above).

The lives of many of them were changed forever as they were moved to hear this encouragement: “My dear young friends, I want to invite you to ‘dare to love’. Do not desire anything less for your life than a love that is strong and beautiful, a love that is capable of making the whole of your existence a joyful undertaking of giving yourselves as a gift to God and your brothers and sisters, in imitation of the One who defeated hatred and death for ever through love.”

Quite soon, I shall find myself before the final judge of my life… as I continue on the path that leads to you.