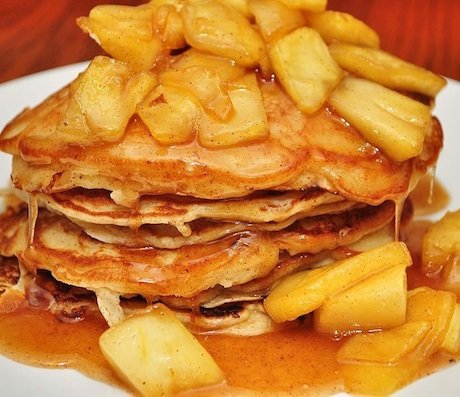 No, I’m not encouraging you to dress in pink (or less) and parade in public. Mardi Gras has a more original significance, literally “Fat Tuesday” better known as “Pancake Tuesday” or “Shrove Tuesday.” This day has important roots in our Catholic calendar (as for many other Christians) since it is the day before Lent begins with Ash Wednesday tomorrow.

Lent is a time of fasting and penance. Fat Tuesday was the day when the meat, eggs, butter, cheese and milk in the pantry was used up since real fasting meant not eating any of these. This eve of Lenten feasting was accompanied by alcohol (which also could not be taken during Lent – even though it could have been kept for the forty days, what is a good feast without beer and wine), and celebration and dancing. The forty days of Lent following this feasting were often known as the Black Fast.

When Christianity was confined to Europe and neighbouring regions (first 1000 years approx.) uniform guidelines for fasting were appropriate. However I remember in my youth looking forward to Fridays because we could have the treat of fish and chips. Our family was certainly keeping the abstaining from meat rule, but there was no thought of penitence in an evening meal that had the added attraction of not even having to be eaten at the table.

In the late 1960’s the Catholics were asked to accept personal responsibility for their own fasting and abstinence. While Fridays remained a day of fasting, few Catholics have this in mind during their weekly TGIF celebrations.

In a similar way too, many people give little thought to Lent as a springtime of personal relationship with Jesus. Even the idea of “giving up” something for Lent can be reduced to personal well-being disciplines of losing weight and getting more physically fit.  Such motivations are an inadequate substitute for the central life-giving purpose of Lent.  More on this over the next few days.

Today you might enjoy some of the Pancake Tuesday excesses.  It is a good opportunity to publicise Lent, preparing for forty days of life-giving focus on faith with friends and family.