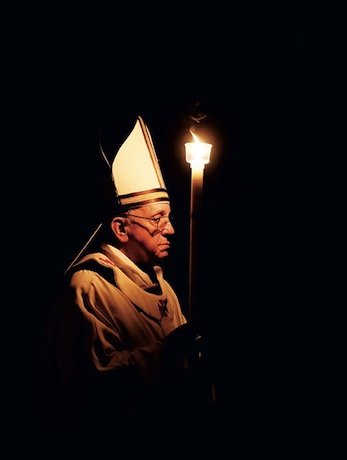 Last week a parishioner asked me “what is our pope up to?” The parishioner was puzzled and concerned by many media comments suggesting that major changes to church teaching were immanent.

I have followed the synod with interest and noticed that there certainly is something new happening in the  bishops’ synod deliberations these past two weeks. The difference is at least in part motivated by the tens of thousands of submissions received from the people of the Church on all aspects of marriage and family life. Many of the bishops have understood that while Church teaching may be “correct,” the language used by the teachers and ministers of the church to communicate these truths has too often been inappropriate (to say the least). The words and methods used to pass on what should be heard as good news have failed to communicate the beauty of human life lived in harmony with the intention of our creator.

This synod is a significant and substantial process. A couple of years ago Catholics and others were invited to contribute their thoughts and feelings on all aspects of the Church and marriage and family life (the theme of this synod). These submissions were received, read, and used to prepare the initial working document of the Extraordinary Synod (there will be an Ordinary one in October of next year). After meeting for one week, the synod (last week) issued a mid-term update. It was the selective reporting of this mid-term that led to the sensational news headlines. Perhaps a lot of the resulting confusion came from reporters misreading the pope’s silence during the discussions: he had chosen to simply listen in silence during these early stages of the synod process. A few days ago Pope Francis gave his reflection marking the end of this part of the synod.

This report from Pope Francis is very helpful. Clearly he is not afraid of robust discussions and dialogue. Different opinions seem to raise curiosity in him rather than a rote response: he wants to find any trace of truth that might be found in all opinions and practices. As a man grounded in God he knows that the Church has nothing to fear from people of good-will who might see things differently. This does not meant that he will promote changes that will give a veneer of inclusivity to the Church. He has made this clear in this latest reflection.

I thought it would be helpful to share with parishioners some substantial sections of Pope Francis report. You can find the full text online at the parish website.

In his summary the pope speaks of some of the attitudes that are an obstacle to the necessary dialogue. (Excepts from the pope’s latest text are below in blue)

Dear brothers and sisters, the temptations must not frighten or disconcert us, or even discourage us, because no disciple is greater than his master; so if Jesus Himself was tempted – and even called Beelzebul (cf. Mt 12:24) – His disciples should not expect better treatment.

Personally I would be very worried and saddened if it were not for these temptations and these animated discussions; this movement of the spirits, as St Ignatius called it (Spiritual Exercises, 6), if all were in a state of agreement, or silent in a false and quietist peace. Instead, I have seen and I have heard – with joy and appreciation – speeches and interventions full of faith, of pastoral and doctrinal zeal, of wisdom, of frankness and of courage: and of parresia. His duty is to remind everyone that authority in the Church is a service, as Pope Benedict XVI clearly explained, with words I cite verbatim: “The Church is called and commits herself to exercise this kind of authority which is service and exercises it not in her own name, but in the name of Jesus Christ… through the Pastors of the Church, in fact: it is he who guides, protects and corrects them, because he loves them deeply. But the Lord Jesus, the supreme Shepherd of our souls, has willed that the Apostolic College, today the Bishops, in communion with the Successor of Peter… to participate in his mission of taking care of God’s People, of educating them in the faith and of guiding, inspiring and sustaining the Christian community, or, as the Council puts it, ‘to see to it… that each member of the faithful shall be led in the Holy Spirit to the full development of his own vocation in accordance with Gospel preaching, and to sincere and active charity’ and to exercise that liberty with which Christ has set us free…and it is through us,”

Pope Benedict continues, “that the Lord reaches souls, instructs, guards and guides them. St Augustine, in his Commentary on the Gospel of St John, says: ‘let it therefore be a commitment of love to feed the flock of the Lord’ (cf. 123, 5); this is the supreme rule of conduct for the ministers of God, an unconditional love, like that of the Good Shepherd, full of joy, given to all, attentive to those close to us and solicitous for those who are distant (cf. St Augustine, Discourse 340, 1; Discourse 46, 15), gentle towards the weakest, the little ones, the simple, the sinners, to manifest the infinite mercy of God with the reassuring words of hope (cf. ibid., Epistle, 95, 1).”

So, the Church is Christ’s – she is His bride – and all the bishops, in communion with the Successor of Peter, have the task and the duty of guarding her and serving her, not as masters but as servants.

We have one year to work on the “Synodal Relatio” which is the faithful and clear summary of everything that has been said and discussed in this hall and in the small groups…May the Lord accompany us, and guide us in this journey for the glory of His Name, with the intercession of the Blessed Virgin Mary and of Saint Joseph. And please, do not forget to pray for me! Thank you!

You can read the complete text of the pope’s end of Extraordinary Synod reflection at the Vatican Radio website.